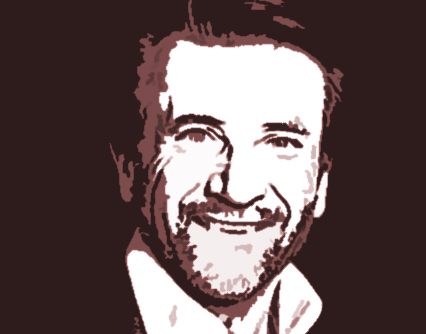 Hi, today we’re talking about a business man, an investor, and an all around cool guy. This person is a businessman in Canada and also a television personality on the hit show Shark Tank. He grew up in Croatia before moving to Canada. And if that wasn’t enough he was also featured on Dancing with the Stars where he found love as well. We’re talking of course about Mr. Robert Herjavec.

Mr. Herjavec started his career working in film and also selling products at IBM. He also started Internet security software in his home in a basement and sold to a telephone company for several million. With all his connections he worked his way through television shows and now advises start up companies with other Shark Tank cast members to help the new companies be successful in their venture.

Mr. Herjavec studied poli-sci in college. He knows a thing or two about adversity having emigrated to Canada with just a suitcase and some money. Not only that be he had to learn a new language and work really hard. But through dedication, hard work (which we often don’t see in the media just the “big splashy” overnight stories) he has become a huge success. Not only did he go through school there and the school of hard knocks to support his family but he worked though restaurant work, a job in newspaper and sales. Mr. Herjavec has also been on the show Dragon’s Den and also written two books. One is entitled “The Will to Win: Leading, Competing, Succeding” and the other is “Driven: How to Succeed in Business”.

As you may know our site is about inspiration, learning, good hard work, and winning mindsets and paradigms. His books are highly likely to be good reads for budding entrepreneurs about how to grab life by the horns and not get bucked off.

Mr. Herjavec is currently married with children as of the time of this writing and an enthusiastic athlete and hobbyist.

We are greatly inspired by you and hope that this article helps to inspire other entrepreneurs out there.