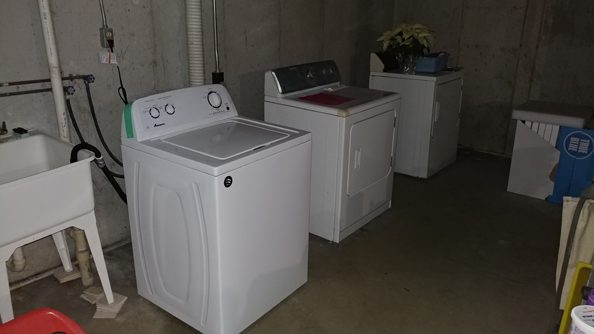 What I did today, cleaning, wrapping, eating, mail

What did I do today. Well last night my Sapira bed from the company Leesa finally came. I was waiting for it all day at work. What I did was ask the chat room help operator on their site some questions to facilitate my sleeping experience. And then what I found out was that the bed just needs to be on a flat surface and that the top is the side that has the 3 stripes. Easy enough to remember. I bought the Sapira bed because it was a hybrid which means it not only has memory foam but also inner spring coils. I found that the memory foam I bought from Amazon seemed to be way too soft to support me and was having some serious problems with my neck. I also had bought a really soft memory foam piece from some place and had been sleeping on that too and found I ended up having worse and worse neck problems and slept too hot.

Last night my brother and dad helped me take the box which was 77 pounds upstairs to my room, Unbox the product. It came in a plastic back all rolled up and was about 5 foot high and 1.5 feet wide. It was heavy enough you needed two people to carry it upstairs. My brother helped me get it out but it was so heavy I had a hard time putting it on the bed myself.

We we debating whether to put it on top of an old bed box spring or on top of my other bed and I decided to put it on top of the old bed and remove the box spring. We cut the first back and unrolled it and it was a bit stretchy. My dad didn’t think it would be a good bed by how compressed it was but it was gonna expand. We rolled it out and then flipped it over since it was upside down and then I had the lines face the head of the bed. There were about 4 lines on the bed cover. I was trying to cut the bed plastic to be able to pull it right off but as soon as the air hit the contents it started inflating by itself and my dad and brother worked to get the plastic off as quickly as possible before the bed became unwieldy. It actually expanded to practically full size in under about 2 minutes basically and seemed quite sturdy. Then my dad recommended I put a bed cover over it and I had a bed bag cover that protects it from bed bugs in a Ziplock plastic tote bin I had. The brand was Allerease I believe. Dad helped me get it on the bed which actually didn’t take as long as I thought it would be. It had a zipper but no interlocking flap most bags have.

I took all my sheets down to wash it and tried not to let it drag on the floor. We propped the bed up on its side to keep it clean for the old box spring. And called it a night as I arranged my blankets after it was washed. The stock market went down badly today also (Friday) due to tariff talks in China. My brother wanted to go to the Victory of Light festival on Friday and Saturday but it was going to cost $15 per person and you would have to listen to seminars that lasted an hour and additional seminars were free. They had 91 seminars or so but the 2 hour seminars cost money and had suggested donations. There was an old 2016 schedule still posted that made me think there was a “Start your own Business” seminar but it was an old link. Then you would have to pay for food and other things if you were going to be there. I was going to ask Theres—- to go with me so texted her. She’s open to it.

I will also have to do some things. This morning I retaped my bed bug tape around my air vent as I discovered a Silverfish had gotten trapped there. So I had it retaped, Bought some oxygen absorbers last night on Amazon and new bed bug bag mattress cover, pillow cover, bed bug trap receptors, and bed bug tape. Came to about $49. I also got my Yugoslavia bills I had ordered which were beautiful and a Mao banknote. This morning I had potatoes for breakfast and maybe some cheese. I had purple rice with spoon veggies or was it mustard greens and some turkey that had some soy sauce. I also had some ice cream for snack in the middle of the day and some goat gouda. No allergies today fortunately.

I had some kind of brown pigeon peas for snack also in the afternoon.

I did taping of the vents with my brother, wrapped my box spring, wrapped my old pink memory foam mattress toper, wrapped my winter coat, wrapped my pillows, wrapped some clothes. I think I will need to get rid of some papers if there are silverfish in my room and put up some pesticide.

My brother ended up taking the box spring on urging of my dad and he will try it for a week or maybe we will get Rumpke to dump it. I vacuumed the vent.

Seems there are termites because as I am writing this at 6:50pm my dad is saying tomato plants carried termites into the side of the house and there’s some chunk that’s eaten out some place. My bed blankets need washed. I also swung on the parallel bars and did pull ups to help my neck. The bed was comfy but my neck was not. Might be pillow or just some neck injury or whiplash I’ve suffered. I imagine the bed can me really nice after a while. And it was cool temperaturewise without the extra blankets.

We didn’t go to the psychic festival today when I asked if my brother was willing to carpool with my friend but maybe will consider it Sunday since she’s off tomorrow.

My Zimbabwe dollars are beautiful as well as the Canadian ones. Seems I also have a ten trillion Zimbabwe Dollar. The Millard blue dollar is beautiful and big and in a wonderful seal. All the bills just have to be seen to describe them. I am happy and more are coming. I also got my fun notes. They looked great. I am sweating because the temperature is warming up. I put on socks to get on my bed also and caulk the slight hole in ceiling and we vacuumed some more.

My brother wants me to buy a face mask tomorrow.