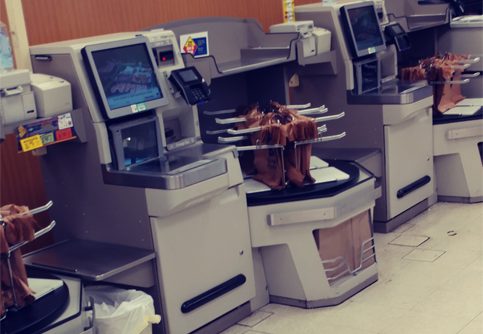 So the other day I picked up my bins at Walmart. They were Ziplock Weathershield ones with one being 26.5 Qt and the other being 44 Qt. What I like about the bins is they have a small cushion strip to prevent water from going in or bugs and also it has four latches on both sides. They were cheap, only about $9 and $10 for them if I had free pick up at Walmart versus having them shipped to me. I went into the store and asked the greeter where to pick up the items and how they would know I was there. Then he half walked and pointed to a pickup staging area at the front of the store. I could have also used an app to do this. So, it told me if I wanted to enter my order number or name of the pickup recipient. I used my name and it ended up saying it was going to use my first initial and last three of my last name with the rest redacted for privacy. I think I should have used my order number because even though it was redacted I felt a bit nervous having parts of my name up there on the screen. I punched in my info and it updated an orange status bar saying someone was going to pick it up and retrieve it for me. About half a minute later, some guy comes walking over with a cart and it has two huge boxes and I’m a bit surprised only because he didn’t really ask for my I.D. but I showed it to him quickly when he asked if I was the name on the box. And then he had me sign for the package and said it didn’t need to be perfect and it was lucky I had a cart because then he helped me load it in there. I asked if it was okay if I continued to shop for other items as I had already paid for these ahead of time on the site using my credit info. He said it was okay. I wasn’t really wanting to dally in the store and just wanted my items. It was cold and semi snowy, almost 36 degrees out but I bought some Kleenex and corn chips and chocolate. I was also wary about allergens, but that was another discussion, seems everything at Walmart has canola oil now or is one equipment that is manufactured alongside tree nuts. Then I checked out and was worried I would be accosted for not scanning the boxes but no problem there. I was worried they would check for a receipt for boxes and also the items would beep but no problem there. My first online pickup in a while! Last time I bought a Samsung Galaxy GT-P7510 a long time ago for Christmas and it was refurbished and it wasn’t super cheap but it was nice when it first came out. And I had to go all the way to the back of the store. This was nice. Some of the people in the chocolate aisle may have glanced at my boxes but nothing too uncomfortable. The check out process is extremely fast and easy and a great way to get items that you stock up around the house at a great price.