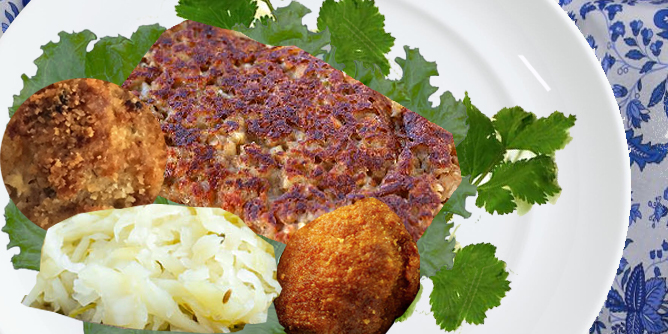 This mini-post is inspired by the following site.

It talks about Spätzle which is a combination of salt, eggs, flour and just a splash of fizzing water to help fluff up dough. It is a dish that is traditionally served beside meat dishes or sometimes dropped into soups. You can also add Emmentaler or some other kind of cheese similar to Swiss cheese to make a German macaroni and cheese.

During the last few days of September you have Oktoberfest normally and they have a big event in Munich, Germany as well as in Cincinnati where you are winding down the end of summer and getting ready for the fall harvest and can sample many German foods.

One of them is Schnitzel which is a tenderized meat that is fried and usually dipped in egg and flour beforehand and coated with breadcrumbs.

Some other popular foods that you may not typically think of include the twist knot soft pretzels, sauerkraut which is a crunchy tangy fermented cabbage served beside meat dishes. Liverwurst and Spätzle which is a variety of egg noodles are also quite common as well as certain food like pollock and potatoes. Chocolate is also a popular food.

If you ever get a chance to try street food at a local festival consider trying tornado fries which are potatoes twisted and sliced in a spiral way. Not necessarily German but it is still fun.

Bratwursts, spirits and a piece of cake with coffee are also delights that they have.