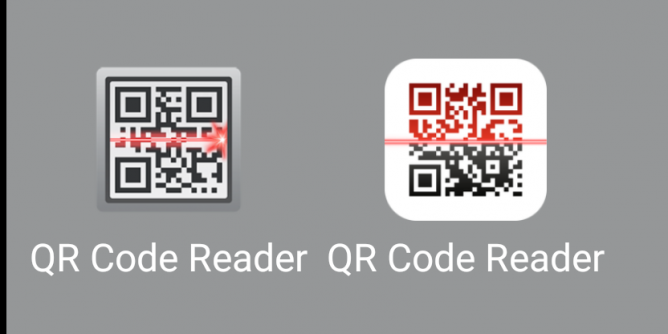 Going to start using special codes for possible sweepstakes embedded in images or characters. Tap tap. Yesterday used an image layer editor to pair the code with image and then used some cryptography software. It’s a bit nuts but the people that are a bit odd are the ones that change the world. Sort of like Jobs and the Wright Brothers. I mean how odd do you have to be to believe that as humans we could be like birds and fly or people that believe you could put yourself on a rocket and launch yourself from one rock to another rock? Put wires through many miles across the ocean to communicate.

QR or Quick response codes were designed for the automobile industry in Japan and invented in 1994 by the company Denso Wave. Due to the initial success of barcode reading for people that worked at cashiers they wanted to have a new type of barcode that contained more information without taking up a lot of space. Initially it was NCR that helped begin the revolution of checkout scanners. The cashiers had to be able to key product numbers into their registers to get check out speedily but they would often have carpal tunnel in their wrists from doing this so often. So in 1974 Wrigley’s chewing gum was one of the first products scanned. It allows a computer to read bars and numbers, add totals and track inventory and buying habits and trends. It helped create fast cost-efficient systems for retail distribution and keep track of lot of data like on post office material and driver licenses. QR codes developed in a way to promote its use and was a 2-D or two-dimensional way of scanning to incorporate additional information that tradition barcodes couldn’t without increasing the size. Denso Wave retained patent rights to QR Code but said they wouldn’t exercise them and allow it to be used as by the public around the world. They have developed new forms of the code such as micro QR codes, iQR Code and FrameQR to be able to add illustrations and photos. The black and white came about based on a study of colors and shapes and ratio of white to black to determine what was least likely to appear in business text. The black squares on a white background help camera-capable devices such as cell phones to be able to determine vertical and horizontally patterns in a fast manner. These can be used to show text and add contacts, show website links and create emails. They can be used in advertisements and on almost any object, credit cards or ID’s and currency.