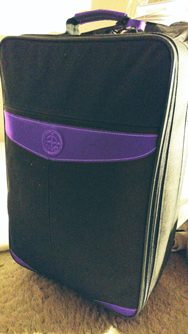 A little over a year ago I decided to take some time off of work and get away from my busy schedule and away from the office. I wanted to go visit friends and decided to go to Tennessee. The drive is roughly five hours and you end up gaining an hour when you go there and losing an hour when you come back, that is your clock gets moved back an hour and forward and hour respectively because of the way the time zones run. One of the things I noticed when driving down there was that it kept getting hotter and hotter and warmer and warmer while I was in the car and that the sun was basically chasing me. Between 12 noon and 1 pm I was pretty much baking hotter than normal and I was surprised at the temperature change being a bit higher up north.
It was the end of may but it felt like it was at least 5 to 10 degrees hotter and it felt really good. The roads aren’t that hard to figure out as I was getting closer to Memphis and Nashville. One thing I can say about Nashville is that they are a beautiful big city and a great stadium down there and they seem to be booming. I also liked how the roads were easy to see and branch off into other roads although I was afraid that I might get lost or stalled on the highway or turned the wrong way or miss an exit, I didn’t have any problems due to my good old trusty reliable GPS Garmin 2460. It has been with me for a few years. I had Googled my destination several times and that’s one of the good things about Google maps in that you can previsualize and plan your route and what houses and things will look like before you get there and leave it to technology to help get you there. One day you will probably be able to have a car drive you anywhere in rain, sleet or snow much less good weather. When I got there I was a bit early and my friend hadn’t yet gotten off work so I was able to run some errands such as go to an eye glass shop such as Lenscrafters/ Wing Eyecare and get my nose pads and lenses cleaned as is a standard free service. I also got some gift cards and went shopping. Everything looked quaint and country and suburbs down there and was a nice stay. The houses were higher end and above middle class I believe. And then I also was able to go to some of their festivals, get some turkey legs and look for jewelry and some of their shows. I think there was a dart throwing competition and partook of that.
obviously by the time it was time to leave I didn’t want to. One of the things I noticed that was different down south is they have a Publix grocery store versus Kroger’s. The Publix is brighter and has better lighting. I also noticed they have a nice little store where you can find buy organics or whole foods down there called Sprouts. They have a University down there and they also happened to be close to the Eclipse line in 2017.
When I had to leave I was rather distraught and saddened that I probably wouldn’t be back in a long time. I had stayed up quite late to soak as much of the atmosphere up and it was time to leave.
I stopped at some local gas stations and finally arrived back home around 6pm to 7pm. It was a good weekend in May and still had Monday to recuperate.