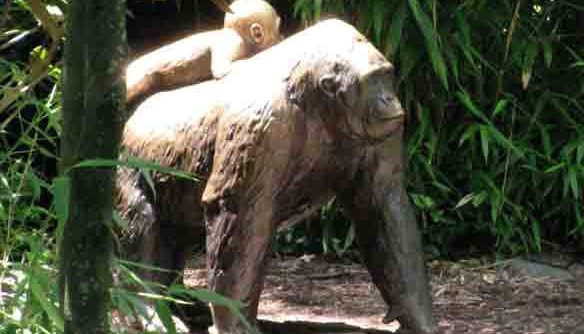 Let’s go to the Zoo!

One of my favorite places to go is the Zoo in the summer and sometimes in the middle of winter.

Cincinnati Zoo
During the winter it’s a magical time when you get to hear Trans-Siberian Orchestra and see at least 3 million colorful Christmas lights all over the Cincinnati zoo. And you also get to see kids and animals, you get to have roasted cinnamon almonds and spiced ciders. And of course don’t forget to try LaRosa’s pizza there, a family favorite. I remember going one year and seeing a lot of sights and sounds. Not gluten-free pizza but still it’s a great time. We were able to catch the reptile house and see nocturnal animals at the zoo. At the reptile house we saw such animals as the snakes and turtles. In the nocturnal house we saw lynx cats. There was also a crowd around the giraffe house because there was a new calf it seemed and we were able to get some pictures in. One of the thing about the zoo at night was it was fun and mysterious, but there wasn’t a lot of lights in the walking path in a few places. It wasn’t too cold when we went out at the beginning of December. They had all kinds of music on speakers that ranged from Bing Crosby to Kelly Clarkson and such. I enjoyed the sites and smells while were were there and you can get a discount coupon from Kroger sometimes if you buy your tickets from them. The worst part about the experience though was trying to get in because it was super crowded and took almost half an hour or so just to get into the zoo. The traffic was so long and slow and had I not had good company and a fun car CD it would have felt like forever. Plus that’s a long time to wait if you have to you have restless kids and some may have to go to the bathroom. I did like that they played all the classic Christmas songs including Mariah Carey’s All I want for Christmas and some Vince Guaraldi.

We went to the zoo and saw a lot of animals.
Some of our favorites include the peacock, the meerkat, the elephants and giraffes. There’s always things to do around the zoo also and snacks. Every now and then they will have holiday themed or animal highlights. A few years back they had an insect exhibit and also a halloween and festival of lights theme.