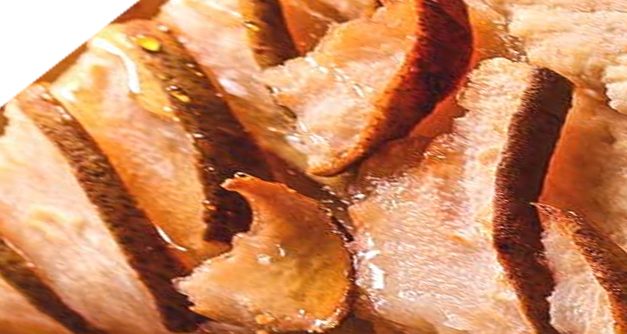 A good thing about the approaching winter and shorter day light and cold weather is that we have a few more holidays between now and the return of warmer weather.

With fall being a bit cooler and the need to warm our bodies and our tummies it’s often a good start by looking in the kitchen for seasonal recipes. An example is using baked apples and pears.

An easy recipe that doesn’t require much baking or cooking is a pear galette. It is quite rustic and simple and can make it look like you’ve spent a few hours in the kitchen when it didn’t really take that long. The longest part is slicing the pears.

First what you need is a flat pie shell that you arrange on a baking sheet or tart pan and leave the outer in or two of the pie empty. Apply some brown sugar, a touch of nutmeg, cinnamon and a small amount of flour. Then you fold the pie shell edges up over the slices which makes the rustic pie edge and everything look and taste homemade. Most of the pear designs will show for the top part of the galette. Finally brush the shell with melted butter a pixie-sprinkle of sugar although sometimes larger raw sugar pieces can be truly delightful later. Then bake. Most ovens will want to do around 350 for 30 to 45 minutes till the shell is just flaky, lightly brown and pears and tender to a fork’s touch. You can serve this with a garnish of ice cream and possibly orange flavored brandy liqueur.

The most important thing involves cutting and arranging of pear slices so it has great presentation and elegance. Pear skins should be left on, cut in half lengthwise with seeds and stems removed. They should be placed cut side down on sliced lengthwise equaly and in thin slices but keeping the over pear shape in tact. A way to arrange is to use four pears for a large tart pan, then lift each half with all the slices together, lay it in the shell and then fan them out. You may alternate other halves and create a free form design.