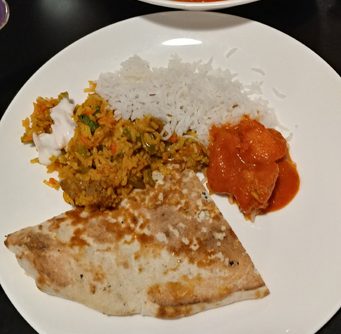 Today I was feeling up for something different and was still feeling restless from the summer-like weather conditions in the middle of October. Went with T to get some Indian food at Haveli Indian Grill & Cuisine in West Chester Ohio. 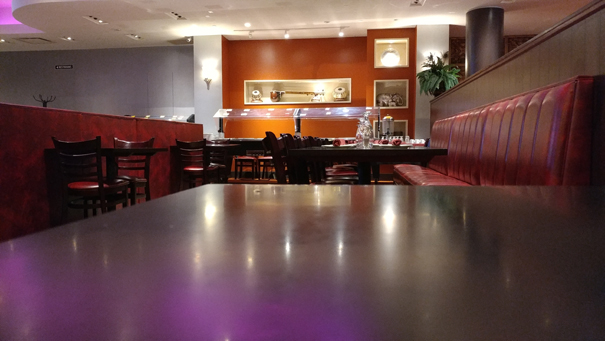 They are a swanky stylish place with modern and traditional decoration. They have booths and long tables, are bar, a large Indian instrument adorning the wall in a case and lighting with a bubbling water panel with a large logo. 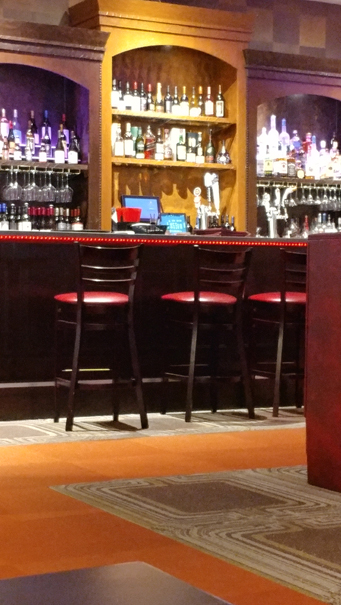 We got there about 6:20pm. There wasn’t a lot of people in there dining or eating food but by the time we left we had seen about 9 other diners. There was only about 6 people including our party of two. We were feeling somewhat adventurous and made idle talk. They had on CNN and some sports station I believe showing soccer near the bar and what looked like a duck head on the tap and various wines and beers. We just ordered basic water to drink but they had a lot of different wines and beers and desserts and teas.

We ordered a Chicken Vindaloo, a Lamb Biryani and a plate of 1 Butter Naan and 1 Paneer Naan. 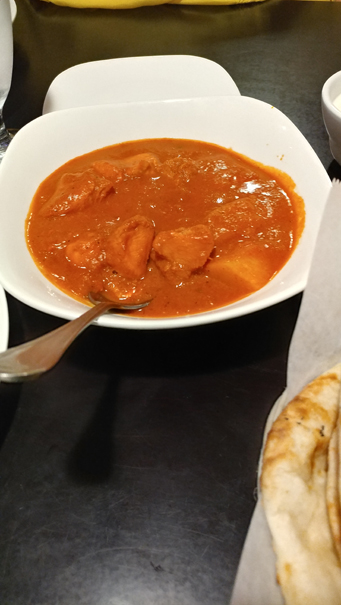 Lamb Biryani and White Rice above. 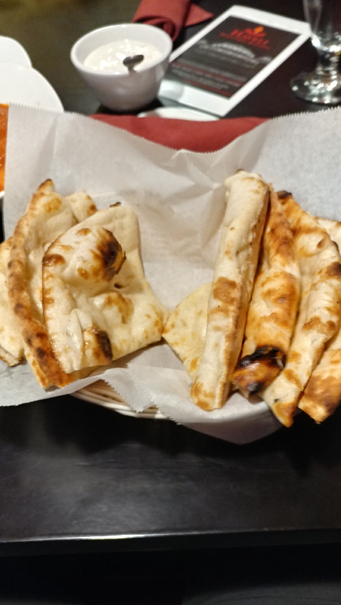 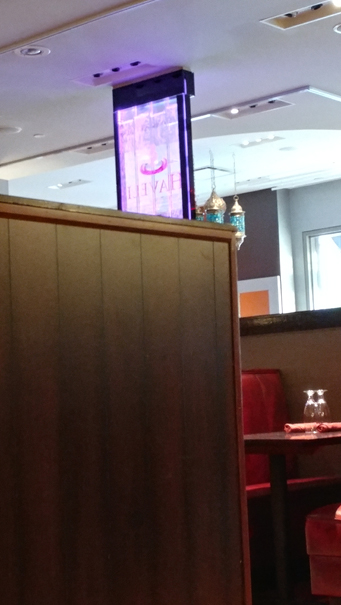 Our bill came to $35.98. If you added taxes of $2.34 it came to $38.32. I went ahead and added a $7 tip. Their suggested amounts was about $6.90 for gratuity so I was plenty generous. I think the Biryani was actually spicier than the Vindaloo but my dinner partner disagreed and thought it was the opposite. 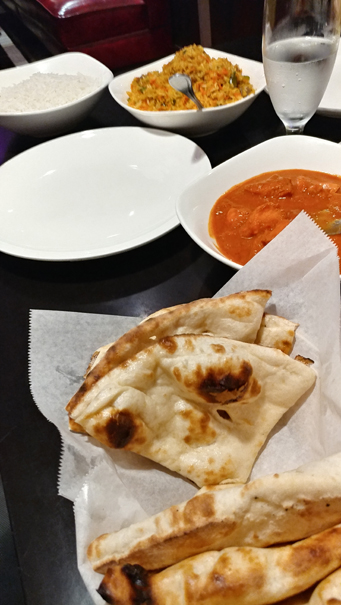 Everything was clean and we had more than enough to last for lunch the next day. We got about 3 pieces of bread each for about 6 pita type baked pieces of Indian bread. The Vindaloo was basically chicken and potatoes in a reddish sort of tomato curryish spiced sauce. We got a plain white rice as well as the colorful lamb based spiced dish I had which had a plate of white yogurt type sauce on the side to change the flavor and the spice levels. 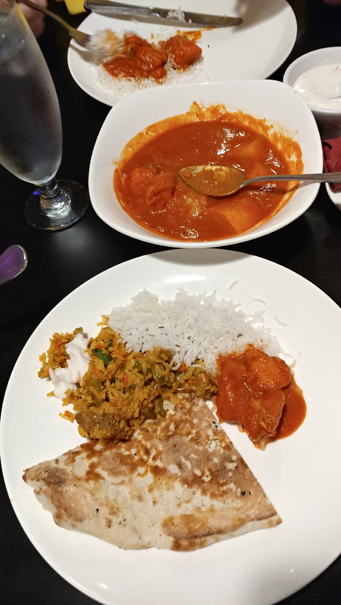 I also like that they brought out the plates and the bowls separately and let us spoon our own food to our own plate how much we wanted. We had forks and also our water was served in wine glasses and it was very well done. We were able to take pictures and the waiter was very courteous to wait till we were done and he was attentive and made sure the water was always full. There seemed to be two waiters. The place was nice and air conditioned and the booths had some reddish backing on wood. If it was a busier night I think the place could be packed on some good nights. 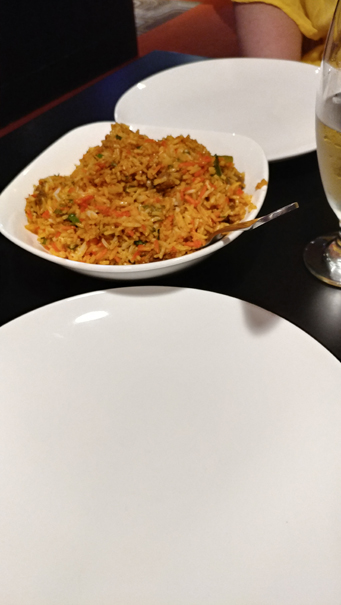 Chicken Vindaloo was described as a Goan style spicy and sour chicken curry with potatoes for 12.99 but on the front menu was 13.99. We got the cheaper price. 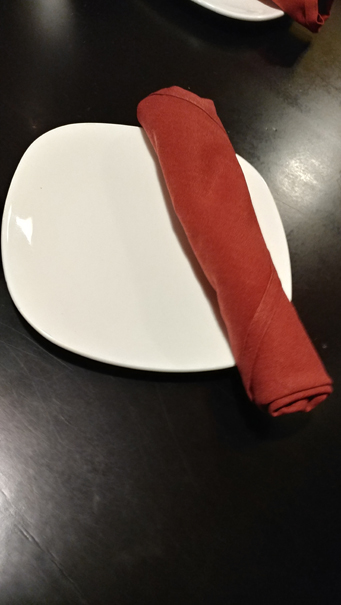 The Lamb Biryani was a basmati rice cooked with pieces of lamb, herbs, spices, saffron and nuts. It was $15.99 but on the menu on the front it said $17.99. We got the cheaper price.

The Butter Naan I thought was really good and Paneer Naan had a spice cheese filling. It was the Chef’s special creation. They were $3 and $4 as quoted in both menus. I liked the butter naan a bit more because of the buttery flavor. I thought the whole meal was done really well.

I was worried about allergies but had no hives. I did have some heat bumps near my wrist and inside of fingers but nothing like anything I’ve had it was hardly noticeable and wasn’t itchy.

I have been to other Indian restaurants and probably would return to this restaurant as our waiters were attentive and courteous and showed us which styrofoam plate was best to put our dishes in to keep them dry and also gave us aluminum foil to keep the food warm. It was a nice night.