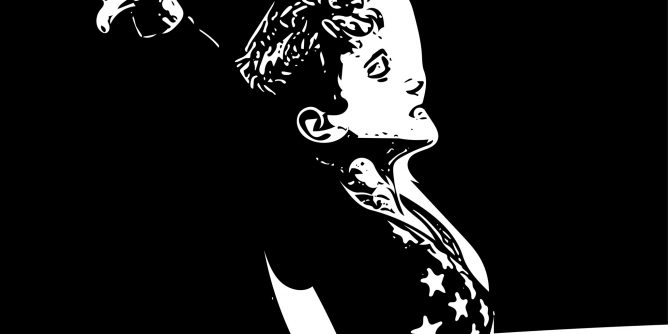 Kerri Strug who was born in Tucson, Arizona in 1977 as Kerri Allyson Strug Fischer. She is an American retired gymnast who was a member of the Magnificent Seven, which was a winning women’s gymnastics team that represented the United States at the Atlanta Olympics in 1996. Ms. Strug is probably best remembered for performing the vault despite having injured her ankle and sticking the landing leading the team to victory. Afterwards she was carried to the podium by her coach, Béla Károlyi.

The Magnificent Seven won the first ever gold medal for the United States in the women’s team competition at the 1996 Summer Olympics in Atlanta. The seven members of the team were Jaycie Phelps, Shannon Miller, Kerri Strug, Dominique Moceanu, Dominique Dawes, Amanda Borden, Amy Chow. Miller, Dawes and Chow had also won individual medals while in Atlanta.

Shannon Miller was often said to be the leader of the Magnificent Seven. At the time she is also known to be the second most decorated American gymnast in history and the 1996 national champion. Dominique Dawes and Dominique Moceanu,  were the previous two national champions. Dawes won in 1994 and Moceanu in 1995.

Many of us were just young teens growing up watching these Olympic athlete gymnasts and seeing their world through the lens of the TV. Some of us wanted to be like them and some of us had crushes and some of us were just entertained. Some of the staff remembers that night watching the Olympics past our bedtime and even though we weren’t really allowed we stayed up just so we could see how America did. And our team made us proud and made the news. We fought so hard, we stuck the landing and fought through the pain and we brave. We remember how Strug was lifted on to her coach’s shoulder on national TV and made a hero through pain and tears and it was one of a few nights we never forget.

To the Olympic athletes and those that work so hard to be great at what you do and what you represent, we salute you and are proud of you and we admire you.