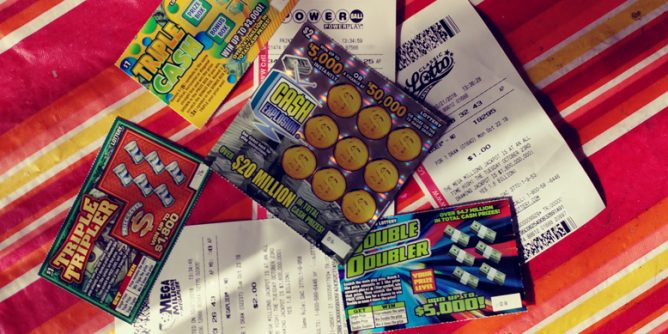 What would you do if you won the lottery

The Mega Millions keeps growing in prize money. It’s supposed to hit $1.6 billion because it was about $900 Million on Wednesday and then again no one won on Friday. The largest lottery jackpot in history according to an NPR’s news article was $1.586 billion during a Powerball run in January of 2016. They will do another drawing in the upcoming Tuesday evening.

There’s an option for a lump sum of $904-$905 million for the prize money or an option to choose periodic payments. The odds of winning are of course astronomical at roughly 1 in 300 million (302 million to be exact but who’s counting?). In case you aren’t familiar with the rules of the Mega Millions drawing, they take five balls that are numbered from a bouncing drum of seventy balls. An additional bonus ball is drawn from a smaller secondary drum of 25 balls. If you match all six of the numbers then you win the entire jackpot. There are smaller prizes if you win a smaller set of the numbers picked. According to Yahoo Finance there are at least twelve million combinations of five numbers that range from the number one to seventy. And with the twenty five options you get roughly 302 million combinations. Each ticket is $2. And that the tickets bought at one store don’t necessarily mean the same number won’t be played at another store since machine generated tickets aren’t linked. Some people are a bit superstitious and think that if a store won once then it may win again but according to WCPO news the likelihood of that happening is about 1 in 900 million. Compare that the the 302 million chance for winning. They stated that the local census bureau states that’s about how many people are in the United States and the odds of winning in a store that won before is about same odds of getting hit by lightening twice, an asteroid, or having identical twin quintuplets. Those are some mighty interesting odds although a woman did get hit by a meteor one time in odd news it has been said.

It is our view at SWM that after watching some other entrepreneurs that luck and chance don’t ensure success. A lot of hard work and time and effort is involved when trying to start a business which we think you should at least consider doing it at least once in your life by the way. While it is true that chance and luck is involved with winning or losing in the stock market there is also a historical uptrend in the market.

We don’t necessary consider gambling the best way to make money but when it is done maybe a few handful times a year in small amounts can make life more entertaining. I remember in college I had won a hat and a video gaming console in a random drawing without having to pay entry tickets. So there’s nothing wrong with playing at raffles or occasional lotteries, but you should just expect that there’s no guarantee of a win and take it as random fun that you would have like seeing a deer in the forest or finding a random quarter on the ground. There are professional gamblers and people that play games of chance like poker that can put their odds in their favor but when you buy a ticket, it’s left entirely up to chance so just remember you’re like so many others trying to win. A lot of life is chance but being able to continuous income is skill.

Here are some things to consider if you ever win a large prize:

In conclusion, money is purely a vehicle in helping us exchange for other goods and services. It is neither good or bad just like eating breakfast and sleeping is neither good or bad so you shouldn’t be ashamed for feeling hungry or needing rest or needing money to pay for things. And having a lot more of something doesn’t make it bad. If I wanted to stock my house full of toilet paper for the winter and have more than anyone else on my block that doesn’t make it bad either. So take time to reflect. Work is just a way to connect to society and we get used to our 8 to 5 and the normal day to day. If you had money would you still spend the same time worrying about what you worry about today or continue to exercise or maintain your health and lifestyle. Keep it all in perspective and that easy come can also be easy go.

To our readers: Have you ever won anything or spent too much on something or have an interesting experience to related to chance? Comment below.

*Bonus fact, since we needed a picture or two for this article and some friends convinced us that we were going to spend some of our weekly money on expenses like electronic gadgets and snacks we decided to go buy a few tickets for the drawing and it just happens to also be for the above drawings. (Good timing to meet an article deadline, n’est-ce pas?) Plus we needed to get gas for our lawnmower this week so stopped at the local gas station. May you all be lucky in love, life and money! Bon chance!

P.S. If no one wins Tuesday, October 23, 2018 then the next jackpot would be worth close to 2 billion. Good stuff.