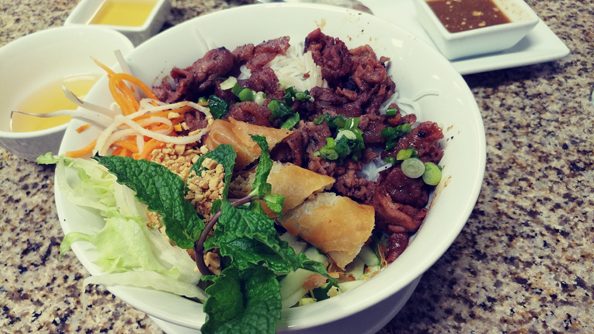 The other day my friend T and I went to a little place in town called Pho Kimmy and we had a delicious dinner. It is a little Vietnamese place on Lebanon Road that is known for their pho which is a Vietnamese soup that has broth and often rice noodles, herbs and meat. Usually it contains beef or chicken and is popular around the world as well as street vendors. 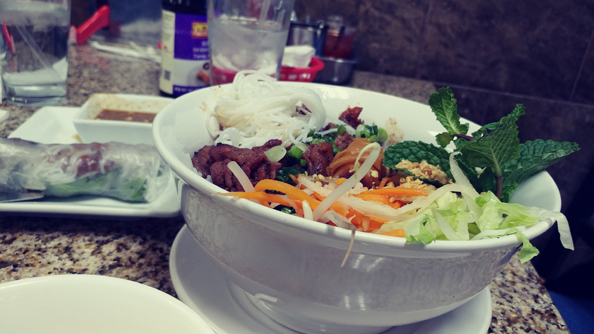 I had been their before and ordered carryout last time and we got huge containers of broth in plastic containers, vegetables including sprouts, some kind of lettuce if I remember and maybe a minty type vegetable with raw beef that easily cooks inside the hot temperature soup. There were also sriracha type sauces and jalapeno type peppers that came with my order of beef tripe while my friend had the flank steak. 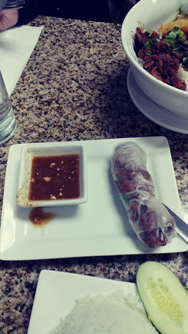 This time I wanted to try something different. While I was mildly disappointed my friend T didn’t order the pho because they had not had it before I understand why not. Pho can be salty at times and so due to dietary restrictions we didn’t want to go too salty this meal. 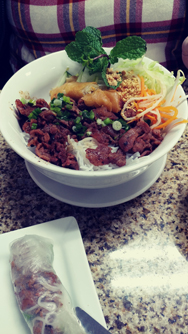 I ordered a plate of rice served with shredded pork with kraut-like vegetables, a type of glazed barbecue pork chop, and it came with a huge cup of rice, lettuce, fresh cucumber slices, finely shredded carrot and sweet pickled vegetable slaw, shredded pork and possibly peanut powder, what seemed to be an egg with noodle or tofu cake and a smoky barbecue type pork chop. We also ordered for appetizers grilled pork rolls. Last time I had the spring rolls which were also quite delicious because it was basically fresh veggies wrapped in a sticky rice wrap. The dipping sauce was sort of a soy sauce and peanut powder mix. There was sriracha on the table, hoison sauce, salt and pepper, oily hot sauce and a different kind of red peppery sauce also. They had plastic chopsticks on the table as well as soup spoons there and plenty of napkins which is great. 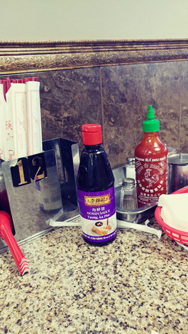 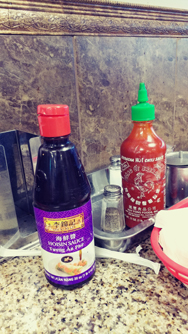 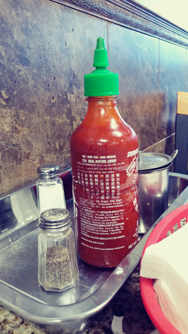 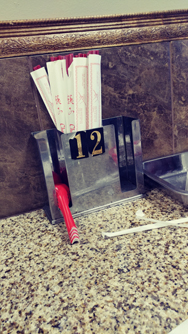 Our waiter was attentive and we also had a guy server who was prompt and quick. Not very talkative but he seemed to be dealing with many customers after all. He and the girl waiting on our tables offered to fill our cups several times. And when we came in thinking we had to order from the front she asked if we were dining in or carry out and said dining in and said we could seat ourselves. I had been there before but not dined in before so we were also pleased to see her come over to get our order immediately. 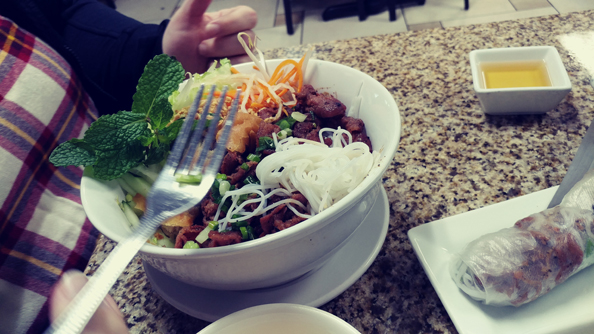 We played around with some lottery tickets in the middle of the meal since it was the week of the Mega Millions and Powerball drawings and we won a small $5 scratch off ticket. 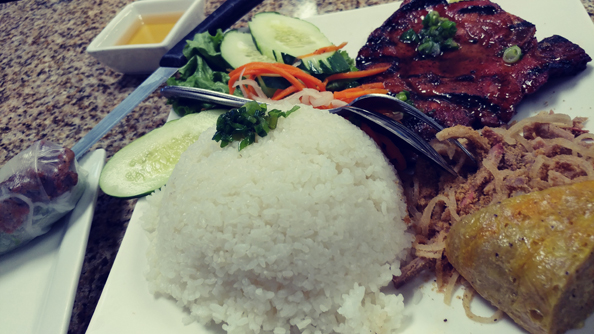 Later we went and drove around to a small convenience store to get some water and hot chocolate wafer tablets. 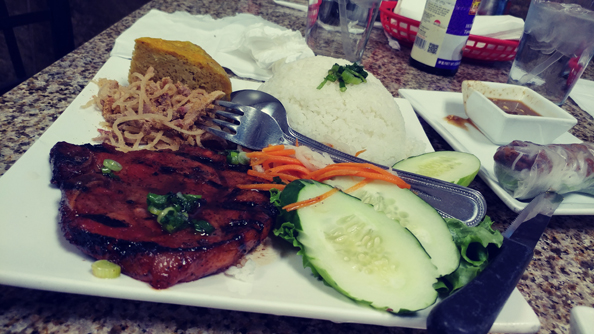 Over all I would rank this place rather high because the meal came to about $21 to and change. And if you add a tip it’s well under $30. I’ve been to pricey restaurants that were $50 for two people and you had more than enough delicious food here for two to five meals. Although I tend to order more food than necessary at times. 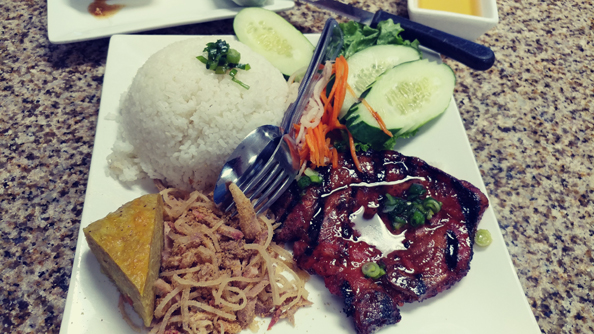 We waited a while and then realized we go up to pay at the register. They had really good flavored candy that came in four colors and flavors. 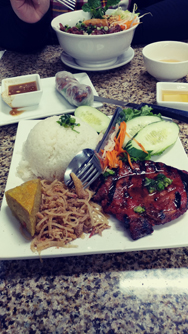 Do you Like Pho? Tell us your favorite Pho dining experience below! 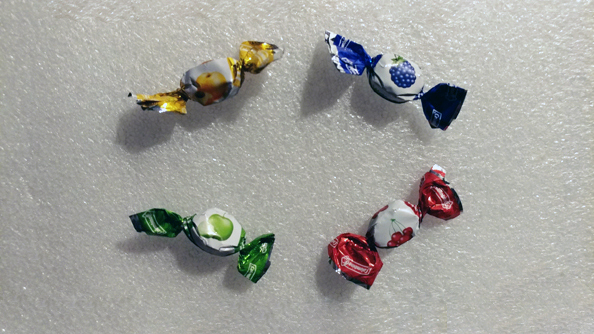