It’s been sort of a rough month and rough year. We were at the height of the market and everyone was talking about the roaring stock market at the end of last year from this administration and then February we had a major correction not just in the stock market but also in the cryptocurrency market that has had at least 60% off its highs or more. Today has been extremely volatile. The local TV media said that there was a wide 900 point swing today and a lot of losses in points have happened last week’s 800 point drop and 500 point drop. You can’t also look at the futures market to see where the market will take us in the day. Early in the day CNBC was reporting a 200 point rise and then at the end of the day the Dow is down at least by 245 and so it was not a good day for everything.

Here are some examples in our sample portfolio that we had been playing around in. Apparently $715.07 is quite a hit to our portfolio and we are in a worse position than we were at the beginning of the year.

Here is another view that consists of more medium to large cap stocks. These stocks are usually not as volatile but in this case they are still subject to the market winds. Apparently a lot of these stocks are being influenced by the news and politics currently going on and news of tariffs and interest rate hikes. Hopefully this will not last too long in the long run. 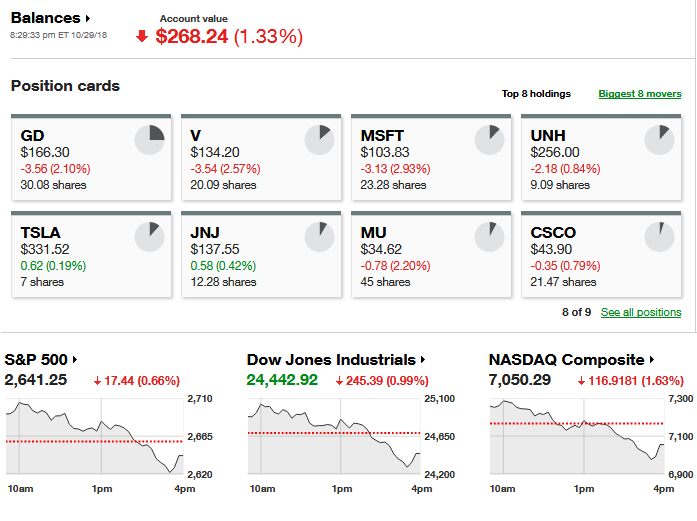 Currently Asia markets are set to have a down market based on U.S. stocks as well. Most of the precious metals are up some today between 1 to 3 dollars except for copper which is down some.

It’s a hard market as the bond market is relatively down, commodities are down and cryptocurrencies are relatively neutral.

As can see below for some people’s 401K’s they took a major hit as their portfolios took a massive 10% hit which for people with several hundred thousands can me a few thousands lost. Even Warren Buffet suffered a lost nearly billion around Friday, November 2, 2018 when this article was updated again since he is said to have at least 250 million shares of Apple stock. 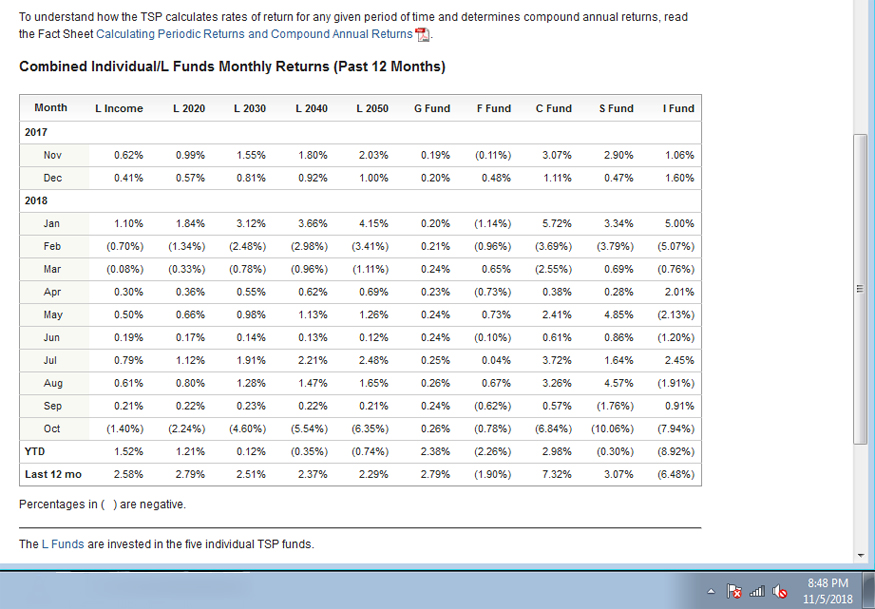 Tell us. How have you been doing in the market the month? What is your biggest loss you’ve ever had?