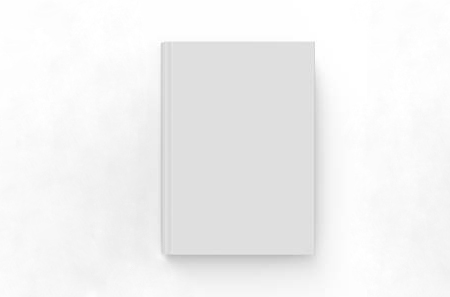 Growing up one of the first mediums of entertainment that we kids got was simply books. Of course, there were many things vying and competing for our short attention span including playing ball, watching television and Saturday morning cartoons, not to mention video games. But we also learned the simple pleasures of just reading or listening to someone reading to us.

There were shows on PBS that were simply storytelling such as “The Book Bird”. These shows had other follow up shows with names or the title sequence changed but the format remained the same or similar with a person illustrating the story with charcoal or colored pencils. The programs had names such as “Cover to Cover”, “Books from Cover to Cover”, “More Books from Cover to Cover” and “”Readit”, “Storybound” or “Read on: Cover to Cover”. These had the storytellers John Robbins and Jane Symons and Paul Lally. John Nelson Robbins, Jr. was an illustrator and educator for PBS and often hosted the shows. These programs came out between the 1960’s through 1990’s. Similar shows such as “Gather ‘Round” and “Teletales” had master storyteller Paul Lally and illustrator Rae Owings.

I remember some very vivid stories such as The TV Kid by Betsy Byars when I watched these programs and was inspired, entertained and amused for 15 minutes to a half hour. They would stop with cliffhangers in the middle of the good part and leave you wanting more. It was no wonder because they featured many Newberry Award winning books and famous children’s books that are renown. You have probably heard of Bridge to Terabithia which deals with being different, bullying, as well as religion and death. You may remember Sounder, A Wrinkle in Time, Tuck Everlasting, and Island of the Blue Dolphins which are also extremely popular. Some other good ones include The Boxcar Children and The Third Planet from Altair which were part of the Choose Your Own Adventure series written by Edward Packard.

Later on there were other programs such as “Reading Rainbow” which was also another great show starring Levar Burton who was also seen in another program called Star Trek the Next Generation. You may know him as the actor playing the character of Geordi La Forge.

Now, one thing you can do to stimulate excitement for readers if your are planning a classroom is get what are called “blank books” or “Rectangle Blank Book for Young Authors” or “Hardcover Blank Books”. These are available at most arts and crafts stores or office supply stores as well as online. You can spread the joy of reading and creating books to young kids in elementary school or younger siblings, students and nieces and nephews by giving them the gift of illustrating and writing their own books. The supplies are only about $1.50 or so per book and less than $5 at the most.  Some more pricey ones with more pages may be between $5 to $7. Consider getting this and also using these in a classroom setting. This lets students or younger kids exercise their creative side and imagination. The great thing is there are no lines and that the individual can write or draw or color whatever they want and it is a total blank canvas for creativity. Here is a picture of what one looks like.

Books and reading should be a life long fun activity. I know researching this article and coming across some of these old books and references brought back some good memories. Maybe you can spread your love of reading to others and a few friends as well.

Some other good books for reading even if you aren’t a young kid but still young at heart include Judy Bloom books such as Tales of a Fourth Grade Nothing as well as The Westing Game by Ellen Raskin, Sideways Stories from Wayside School by Louis Sachar, books by R.L. Stine and How to Eat Fried Worms by Thomas Rockwell or The Toothpaste Millionaire by Jean Merrill. These are some fun books for young readers to get them interested in sitting down with a book.

For much older readers you might consider novels like Fahrenheit 451 and To Kill a Mockingbird for instance to help them learn about the world. Even books by C.S. Lewis can be quite interesting.

Do you SWM’ers like this article? Was it fun to read? Did it bring back some memories? Have a favorite book you recommend or program above that got your imagination going? Write us below!