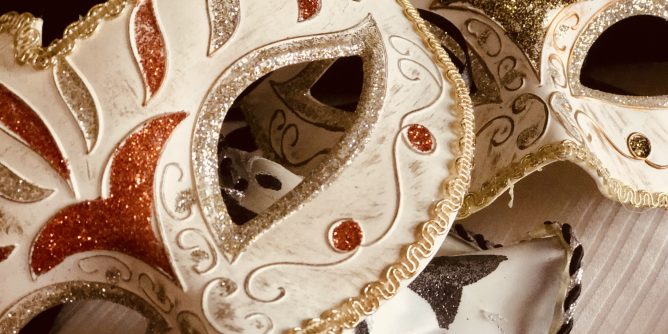 Musicals are some of the best art mediums because it combines music, theater, art, singing, often dancing and physical expression.

I have been to ones such as Phantom of the Opera, Cabaret, Dreamgirls in my lifetime. For a few dollars and a few hours of time you can be transported from your worries to another universe anywhere in the world. We highly recommend you get dressed up or just go to a local show and check out the stories, the plot-lines, the intrigue and heartaches. You will be changed.

Here are some of the most well known musicals:

Phantom of the Opera – Started in 1988. Features music by Andrew Lloyd Webber and lyrics by Charles Hart. Is based on Gaston Leroux’s novel Le Fantôme de l’Opéra. Christine Daaé is a opera singer, beautiful and a gifted but she becomes the obsession of a spooky and mysterious musical genius who is also disfigured and hides behinds a mask.

Cabaret – Started around 1966. Based on John Van Druten’s play I Am Camera and Goodbye Berlin by Christopher Isherwood. Focuses on life at a nightclub in Berlin, an American writer and his relationship with a cabaret performer as the rise of German power unfolds.

Dreamgirls – This is a Broadway musical based on Tom Eyen’s book and music by Henry Krieger and the rising aspirations of R&B acts such as The Shirells, The Supremes, James Brown and others. It follows a trio of female singers on their rise to superstardom.

Cats – Started in 2000. Also a Andrew Lloyd Webber musical based on a book by T.S. Eliot. His writing was called Old Possum’s Book of Practical Cats. It talks about a tribe of cats and the question of life and the existential.

West Side Story – A musical started in 1957 about the struggle between ethnicity and gang rivalry between the Jets and the Sharks. Has roots in the Romeo and Juliet story. Musical and book is by Arthur Laurents while the music is done by Leonard Bernstein and lyrics by Stephen Sondheim.

Fiddler on the Roof – Music is from Jerry Brock, lyrics is by Sheldon Harnick and book is written by Joseph Stein. It is set in Imperial Russia and features a father and his five daughters and their struggle to keep intact their religious and cultural traditions. Started in 1964.

Oklahoma – Started in 1943. Based on Green Grow the Lilacs by Lynn Rigg’s play. tells the story of cowboy and a romance with a farm girl.

Guys and Dolls – Began in 1950. Music and lyrics is by Frank Loesser with Jo Swerling and Abe Burrows. Deals with gangsters, gamblers of the period from 1920 to 1930’s.

Chicago – Is a musical from the Prohibition-era of Chicago. Lyrics are by Fred Ebb and book includes Bob Fosse. Deals with corruption of the criminal justice system. Began in 1982.

Annie – Started in 1977. Follows the comic strip Little Orphan Annie by Harold Gray. Lyrics are by Martin Charnin. Book is by Thomas Meehan, and music is by Charles Strouse.

Annie Get your Gun – Started in 1946. Is a fictional version of Annie Oakley who is a sharp shooting dealing with life in the West. Based on Dorothy Field and Herbert Field’s book. Music and lyrics are by Irving Berlin.

Hello, Dolly! – Began in 1964. Lyrics and music is by Jerry Herman. It follows a matchmaker as she travels to New York in hoping to find a love match for a stingy rich man.

The King and I – Opened in 1951. Is based on Anna and the King of Siam by Margaret Landon which details the governess of the King of Siam. The plot involves the relationship between Anna, a British schoolteacher, with the King as she is hired to help bring his country into the modern era.

How to Succeed in Business Without Really Trying – Started in 1961. This is a musical based on a book by Abe Burrows, Willie Gilver, Jack Weinstock and Shepherd Mead’s separate book. It shows how a window washer rises from the ranks to become chairman of the board of a corporation in two weeks.

The Producers – Started in 2001 – Based on a musical adaptation of a film by Mel Brooks and Thomas Meehan. It talks about how a group of producers try to get rich by Broadway shows that are thought to be flops.

Wicked – Began in 2003. Is a musical about the untold story of the Wizard of Oz from the Witches’ perspective. It is based on Gregory Maguire’s novel wicked: The Life and Times of the Wicked Witch of the West.

Godspell – Began in 1971 based on the Gospel according to St. Matthew. Music is composed by Stephen Schwartz, Book is by John-Michael Tebelak.

Jesus Christ Superstar – This is a 1970 rock based opera based on music from Andrew Lloyd Webber and Tim Rice’s lyrics. It is based on the Gospel’s accounts of the life of the disciples and their leader.

Les Miserables – Opened in 1985. Is a musical based on the novel by Victor Hugo of the same name. It details the desire for redemption of a French peasant for stealing bread and the relentless pursuit of one police inspector after he escapes.

The Sound of Music – Began in 1959. Deals with the story of the Trapp family, the widowed father Captain von Trapp and a young woman who takes a job to be the governess to the family to decide if she is fit to become a nun. It is set in pre-war annexation of Austria to Germany. Lyrics are by Oscar Hammerstein II, music is by Richard Rodgers and book is by Howard Lindsay and Russel Crouse.

Hairspray – This began in 2002. The Lyrics are by Scott Wittman and Shaiman. The book is by Mark O’Donnell and Thomas Meehan and music is by Marc Shaiman. This deals with the dreams of a young portly teenager to get into a local dance program on TV. It has R&B songs.

Rent – Began in 1996. Music and lyrics are by Johnathan Larson. Talks about poor struggling artists trying to live in New York City and the struggles of disease. Is a rock musical.

You’re a Good Man, Charlie Brown – Began in Off-Broadway in 1967. Music and lyrics are by Clark Gesner and it is based on the character created by cartoonist Charles M. Schultz in his comic strip Peanuts.

Beauty and the Beast – Started in 1994. Deals about the fable of a prince who is changed into a hideous beast as punishment for his selfish ways. Music is by Alan Menken. Lyrics are by Tim Rice andn Howard Ashman. Book is by Linda Woolverton.

The Lion King – Began in 1997. Based on the animated Disney film of the same name it has music by Elton John, lyrics by Tim Rice as well as score by Hans Zimmer.

Jersey Boys – Musical is based on the book by Rick Elice and Marshall Brickman. Lyrics are by Bob Crew, and music by Bob Gaudio. Shows the progression of the rock ‘n roll group The Four Seasons from start to break-up.

Evita – Musical is by Andrew Lloyd Webber with music by Tim Rice. Details the rise of Eva Perón, the second wife of Argentine president Juan Perón.

Do you have a favorite musical that you like or that inspired you to get into theater or that you can’t stop watching or thinking about? Tell us more.