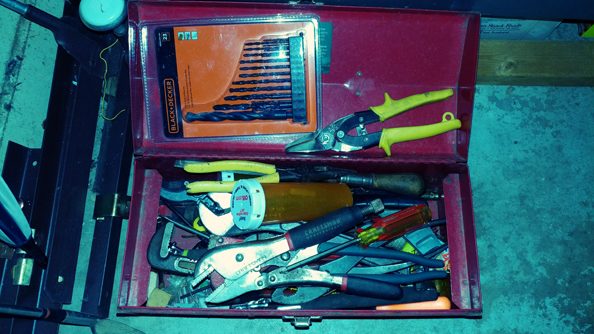 What is Right to Repair legislation?

You would think when you go to make a purchase and money exchanges hands (or if it’s electronic substitute ‘transaction completes’) that you would own the device wholly but there’s a lot of additional concerns that happen such as what if happens with the code in software or certain components and the patents etc. Most companies would argue that the device contains components subject to copyright and patent and that to be able to repair steps on some aspects of reverse engineering, deconstruction, disassembly which could inadvertently give up some information about the company’s valuable “secret sauce”.

But the right to be able to make reasonable repairs is only logical for many things not just from an environmental perspective but a financial perspective. You wouldn’t throw away a whole car and buy a new one just because you had to change the air filters or windshield wiper blades and many people argue as well and understandably that many companies are against the Right to Repair legislation either by citing safety concerns with repairing an electronic device without proper electrical training or because it takes the company’s control of the product out of their hands and more into the consumer giving them more free choice. One particular area for example is cellphones which have become more uni-body and sleek but at the cost of not being able to provide an user-replaceable battery. The proposed entity known as “Right to Repair laws” which is also known as the Fair Repair act make it easier to fix their own equipment, get public accessible repair information and also give them rights to buy spare parts for repair or take to a third party independent repair location. But in order to get things to change you have to contact the legislators to make sure they keep this in the forefront.

There is also the Motor Vehicle Owner’s Right to Repair act is a similar proposed bill for cars.

The common thread is that these bills allow consumers more of the ability to repair and modify their own devices and in some cases provide the necessary instructions to do so.

Lot of these companies allow you to own the device but only license the software in devices and often don’t let you transfer it to a friend. And often there is digital rights management and protection measures to prevent tinkering with your machine. This goes against the baby boomer thinking from a long time ago when we used to have fix-it shops to repair toasters and fix tire flats and the DIY do-it-yourself mentality. A lot of us grew up on the This Old House (PBS house repair show) and Tim Allen of Home Improvement line of thinking that we’re smart men (and women) and should be able to fix our own things. As a result this new generation doesn’t know what to do when their device conks out and simply is conditioned to take it in to a fancy commercial shop or contracts someone else to fix the item and often there is more electronic waste as devices are discarded and fill the landfill although I see many young folks continue to use their devices with cracked screens which either out of frugality or lack of money to fix is a sign at least they know to use what they have for the time being.

The right to repair is essential as the world population increases and although some items might be too dangerous to repair involving hazardous components or companies worries about their “trade patents” being discovered it is only a matter of time before someone wants to see what is in a device since there will always be a young curious Thomas Alva Edison wishing to open up all the phones and radios in the houses and getting scolded or someone will try to find if they can hack a device to improve the security, so called “white hat hackers” that do penetration testing either by their own curiosity or hired by the companies themselves to do the penetration testing.

Simply throwing away a device and planning obsolescence is not the best use of resources and while understandably some companies my want to seal and fully lock down their devices, the more choices a consumer has, the better the consumer field is to remain competitive and offer the best choice of products.

Salvaging and reusing devices is only the environmentally right thing to do going on and to not be able to fix your own equipment would be detrimental and destructive and anti-competitive to a lot of industries. Can you imagine a farmer that could not do his own repairs locally?

Choice is what makes things great, diverse and more exciting. And the ability to pick something that’s customized and tailored to your needs is what makes shopping and buying an item great.

While many industries are racing to conform and standardize it’s a good bet in our opinion that thinking differently and embracing that difference and diversity of choice is what makes a great buying experience for everyone involved.