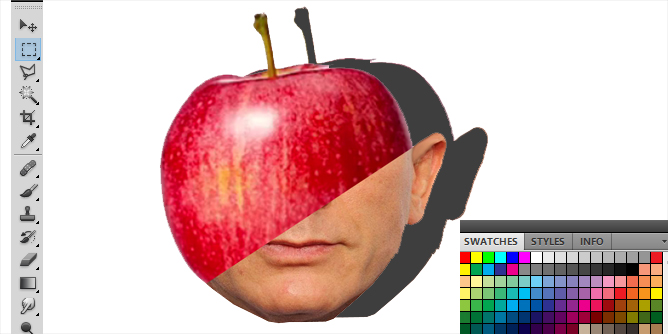 The Internet is getting really interesting. The Wall Street Journal is reporting that it is training its news editors to recognize deep fakes. What exactly are “Deep Fakes”? These things are pictures or videos that are the composite of an original image and another image to create a third image that never happened. Think of it as an altered image or video. Why does this matter to us? We like to keep you informed about cutting edge technology news to keep you informed about the world around us. These images sometimes use artificial intelligence based software algorithms to learn how to blend the two images so it creates a result that looks realistic.

Why should this be something that would be important. Well, because due to the world being more technologically connected and the prevalence of social media and politic differences this can be used for good and possibly not so good purposed. For one it could be used for a whole new type of entertainment in media and videos and film. But then it quickly also goes into the fact that it could be used for misinformation.

The creation of this new work is baded on algorithms that blend similar expressions and facial positions to creat a best match on how to blend the facial features. It uses machine learning programs that use open source software and a powerful power graphics card. For instance there are CUDA enabled graphics cards that use several graphics cores to help speed up the calculations needed to figure out the best geometry and positioning of mouth and eyes so that a person’s face can in essence be superimposed or blended to match that of the facial expressions of a second imput face. You could basically call this digital puppetry where the facial motions are as if they are being manipulated like a marionette to mimic and duplicate the input face. So it can make a person look like he’s saying something that he’s actually never said before or do things that they have not done before. The level of the thresholds of motion are predefined to prevent odd uncanny valley appearances and actually look almost imperceptibly real.

In order to create these “deepfakes” They can insert a person’s face into a secondary target video to put them in a normal scenario or a more compromising position. Which can in some situations be used for blackmail or revenge.

A person can also use facial reenactment techniques to mimic expressions.

A person can also be made to use a lip syncing technique to make a person seem as if they are saying something they’ve never done or do a motion transfer to create body movements that mimic another’s.

There is now an opening for digital frame forensics scientists to come in and determine whether some video is real or not. And of course they can always ask the person whether they did that or find out how the video was obtained and where the video came from. There are also various video and image analysis tools that can be used to track and reveal image metadata.

You can also use reverse image lookup tools to see where images were derived from in some cases such as Tineye and a reverse Google Image search to determine if there was another version of the video before. It is still very hard to do full searches on images and video but the technology is improving.

Loading videos into video editing software can also be used to determine video anomalies or anatomical impossibilities or unnatural movements. Sometimes there may be flickering or fuzzy blending of frames or unnatural irregular colors or metallic voices. Although these can come from video being compressed.

There are also new tools in video and graphic editing that we’ve come to know already such as Adobe’s heal tool. They now are experimenting with object removal in video.

In the future individuals will need to be more discerning about artificial voices as digital synthesized voices become more realistic. They will need to worry about weather and scenery and time of day being changed.

The videos can alter our perception of reality and can be used to make a nation look good look bad and also be used as wrongful evidence against someone. It can be used to ruin reputations, make it harder to trust people or discredit or bully someone. As we are more and more connected with social media and phones it is important to be aware of all technologies and its consequences. Like the quote from Jurassic Park, “Your scientists were so preoccupied with whether or not they could, they didn’t stop to think if they should.”