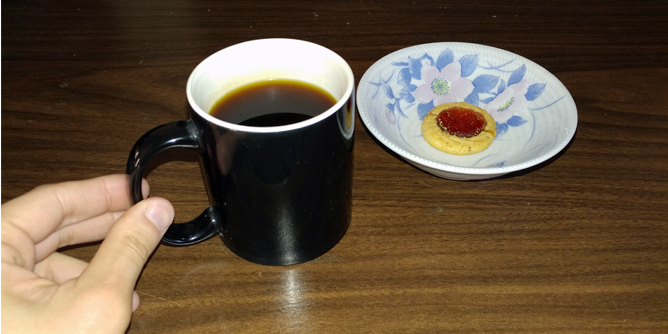 Coffee is something that has been around for centuries.

Coffee is actually green before it is dried and heated and roasted.

There are two main varieties. Robusto and Arabica.
Arabica is the more popular one due to its flavors.

There are various roasts from medium to dark roasts.

There are different ways to make coffee including drip coffee makers,
Keurig coffee makers or K-cups where you put in a container and then it heats up the contents of the containers. There is the French press.

There’s also a kind of coffee that is injected by an animal and once it is excreted from the animal’s system it is made to create a type of coffee.

Some of the places like Starbucks create different artistic concoctions that add froth or creme and draw it on the surface of the liquid to create designs. But coffee doesn’t need to have milk or sugar to be enjoyed. It can be drunk plain or “black”.

Coffee is a diuretic which makes a person urinate more often.

Coffee is often added to other foods to impart flavors such as some cheeses, candies and desserts.

This drink has been around and helped various soldiers and troops such as during the Civil War when it was consumed to provide marching energy.

Coffee has various grinds that you can do to it produce different smoothness or flavors. Depending on how much you grind it can change the robustness of the flavors or how consistent the flavor is.

The smaller grinds are often used in espressos. Espressos are small shots of coffee that are a bit more concentrated. There are also mochas.

There are also dried coffee or instant and freeze dried coffee which may have some coffee aficionados turning up their noses but it allows for another way to get your jolt and flavor..

Amazingly enough some of the instant coffee can be quite good but a lot of it is due to their addition of creamers and sugar.