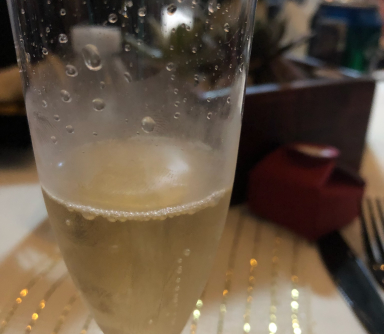 Some people don’t drink but it is still interesting to know the food customs in social settings to talk about the foods intelligently.

The gold standard in wine drinking is champagne which is a bubbly fine wine and the various choices such as Dom Perignon as well as Veuve Clicquot make all the splash, pun intended. There are a variety of tastes and wines for almost any person.

Each wine has a different aroma and taste and body. However there are additional drinks that you can find to widen your palette. Prosecco is such a drink for instance. Now in terms of branding, Champagne is a small region in France which is only allowed to be called champagne due to the region it comes from. They also make other wines using grapes such as Chardonnay and Pinor Noir.

Champagne is the traditional celebration beverage for New Years and also some weddings. An average bottle goes for roughly $30 to $40. However you can find yourself a similar bubbly bottle of wine call Prosecco which is made in a city near Italy. These wines usually are made from Glera grapes which was previously nicknamed Prosecco grapes. You can find Prosecco for relatively cheaply under $15.

The wine making process usually involves some traditional wine making process where sugar and wine are combined in with the grape juice as well as yeast. Yeast is important because it eats the sugar to create carbon dioxide which creates pressure or carbonation. Then it is allowed to age. The process creates dead yeast cells also known as lees which enhances the taste and sometimes the bottle is rotated periodically aka riddling the wine. At the end the lees are removed and sometimes a bit more wine and sugar is added.

Prosecco uses a more cost efficient method with a big tank which makes it more efficient and faster to make. They use a method called Charmat while the method in France uses a Champenoise tradionnelle method.

Often Champagne has various flavors that are more citrusy and may also have hints of almond and toast. Prosecco has cream, sour apple, and melon flavors. Thus it is often more of a fruit and flower flavor. Due to less pressure being in the tank its fizz is not as strong and doesn’t last as long. Sometimes there are also hints of tropical nuts and fruits. Champagne is often more acidic and goes well with shellfish and fried appetizers and pickles items. Prosecco goes well with fruit and often Eastern dishes.

When you are enjoying a wine it is helpful to know some of the terminology. A wine is considered to be “dry” when all of the grape sugar is turned into alcohol during fermentation. “Semi-dry” or “off dry” wines are moderately sweet or imperceptible sweet. Champagne is often more dry than Prosecco. A champagne that is considered to be some of the driest wines is also called “Brut”, while an Extra Brut means it is extremely dry. Often the order from dry to sweet is brut, extra dry, extra sec, sec, demi-sec and doux. However it is a bit odd that a “Dry” Prosecco is a tad bit sweeter that “Extra Dry” which is itself slightly sweeter than Brut.

Now what happens if you have a wine with similar characteristics as above but is from Spain? It’s called Cava. They use macabeu and xarello grapes. And their bubbles are very fine. There is usually a bit more in terms of bubbles and the cost is about $15. They also use what is called “Tradionnelle” for their wine making but it’s actually the same process as making champagne. However due to legalities as mentioned above only the French makers in that region can call it champenoise.

Storage for a lot of these wines is at a chilled temperature between 45 to 47 degrees Fahrenheit. Not freezing but not too hot either.

They have a great infographic that shows the different wines.

Do you have a favorite brand? Do you like Lemarc Prosecco or another brand? Tell us below. Be cultured and drink responsibly if you do. And don’t forget to do your research if you have allergen sensitivities to yeast and sulfites or are taking medication.