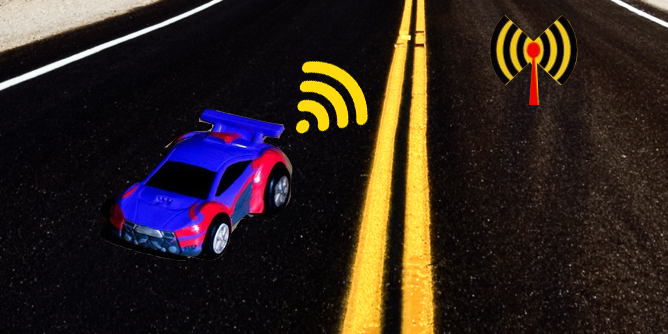 Last night I first found out about CV2X technology when I saw a Bonner & Partners video about investing. It mentioned how cars will in the future know be able to predict where another car or object would be at any given point in time.

This a basically a new paradigm of “vehicle to everything communication” which allows a car to figure out its relative positioning to other objects in the area. It talked about companies such as Aptiva and Lyft. However what was most fascinating was the topic of Google cars aka Alphabet. There will be amazing strides in technology in the next few years with Google self-driving vehicles and Tesla.

The technology has been around for years now but like many things out there is not in the forefront of our consciousness until it is pointed out. So we did some research to bring you up to speed on the nature of some of these technological changes. First of all we have a comparison of some of the technologies out there. Let’s start with the an explanation of an earlier iteration of C-V2X or its predecessor, DSRC.

What is DSRC?
It is a type of technology that is an abbreviation of “dedicated short-range communications” for direct real-time safety communication of vehicles. It started being produced around 2017 in the United States and in Japan and is set to be coming to Europe for mass production around 2019. Meanwhile C-V2X technology uses a similar communication technology to allow a link between vehicles and using cellular modem technology.

C-V2X will use faster links speeds and hopefully use 5G technology. The hope for this technology is to create a network of AI directed vehicles that can enhance safety. This requires additional camera and traffic light and infrastructure upgrades. There is also cryptographical security technology built into to prevent cybersecurity risks.

These vehicles use telematics which incorporate various technologies into a single navigation system. It includes telecommunications, road safety features, sensors, and Internet to measure location and control location and movements of vehicles. Satellite and mobile data technologies help create a global navigation system. Automation may also be involved while data is being shuffles between various devices and systems. Some of these systems us a 802.11p wireless standard currently or a Wireless Access for Vehicular Environment (WAVE) standard. GPS technologies, radios, warning systems, and microcomputing devices with programmed sensors transmit warnings and to prevent car collisions. There are also plans to implement sensors not just on the road to guide vehicles but interoperate between wirelessly connected vehicles using 4G and 5G technology.

Qualcomm is currently hoping for example to help create always connected autonomous secure intelligent devices that rely less on fossil fuels and are greener and better for the environment. They will use Bluetooth, real-time navigation, augmented reality and machine learning and computer based cameras for seeing. They are not the only company but they are hoping that with the V2X technologies that a vehicle will be able to see other vehicles. That’s Vehicle to Vehicle or V2V. They will see Vehicle to infrastructure that is V2I to see if the traffic lights change. They will use V2N or Vehicle to Network to get latest road stats and of course V2P to determine Vehicle to pedestrian. (If you are a pedestrian often you might have a Fitbit or Apple Watch or Smartphone for instance and it may know that you’re crossing the street). The latter would be Vehicle to device or V2D. There is also a V2G or Vehicle to grid technology that may be considered in connectivity.

Basically V2X or vehicle to everything is to help promote better safety and traffic efficiency as well as energy savings. With everything being connected and these advance warning systems a means of faster data transmissions needs to be improved upon.

That’s what Cellular V2X or (C-V2X) is needed to have a unified connected vehicle platform. There is less latency and it uses a LTE Direct to have longer range. Right now there is a LTE Advanced standard and LTE Advanced Pro but soon 5G will be the big thing which will allow communication to be faster than ever before. According to Qualcomm’s papers the direct vehicle to vehicle communications and vehicle to network broadcasts need this higher bandwith and higher speed communications due to the massive amount of data being broadcast all over. And it will allow data to continuously flow even if an antennae or network broadcast is not in the immediate range. CV2X allows better transmission and sensing and the additional GPS elements for faster reaction time and situational awareness.

Not only will the faster technology allow drivable vehicles the ability to be fully autonomous but also allow augmented reality and real-time video feeds when navigating. And also allow virtual reality and entertainment experiences in televideo feeds including integration with mobile devices. The company says they are laying out a year 2020 roadmap of the technology.

The moniker “C-V2X technology” is to differentiate itself from the 802.11p DSRC wireless WLAN technologies. It was started as a cellular version of V2X but using 3GPP cellular technologies in 2014. It started using LTE technologies and is often also called LTE-V2X. The most recent Release of standards will have this technology based on the faster cellur 5G speeds or be 5G-V2X. Studies have indicated that better communication range and data packet transmission leads to better accident prevention. In the future they will use 70 to 75MHz spectrums in the 5.8 to 5.9 GHz spectrum for these AI transportation systems.

Basically cellular communications have been improving from 1G and 2G in the 1990’s to 3G at the turn of the millenium and 4G. There is now an automobile association group called the 5GAA that has various companies including Audi, BMW Group, Rolls Royce, China Mobile, Continental, Daimler, Ericsson, Ford, Huawei, Intel, LG, Nokia, Qualcomm, Samsung, T-Mobile, Téléfonica, Verizon,  Vodaphone & ZTE

5G will lets cars self-drive. It is the IoT or Internet of Things for automobiles. Faster downloads, also will allow applications in other fields including medicine remotely as well as viewing travel plans remotely. The future will have a synergy of all these various technologies that integrate robotics, wireless technologies and data security. Many of these will be integrated into walls, street lights and mailboxes. The future will be amazing and it is coming.