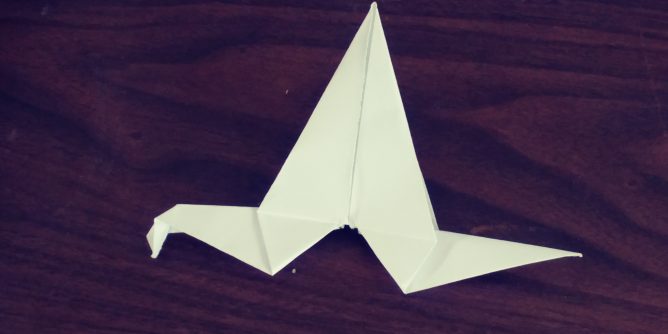 Origami is the art of folding paper. It is an art form associate with Japanese culture. The word “origami” is comprised of two words or etymological means. Basically “ori” means “folding” and “kami” means “paper”. Often it starts off with a square flat sheet of paper that gets folded several different ways to produce a beautiful structure. Usually origami does not have cuts in the paper, nor does it have any markings on the paper itself or any additional modifications like glue. With a few proper folds often you can make various paper models such a paper crane or a frog. These papers can themselves already have designs on them or could be like gift wrapping paper that already have some kind of design or patter and colors.

Some of these paper folding techniques have been around since the year 905 CE and in Japan in the late 1600’s. Europeans had their own kind of folding that often just used napkins for the dinner table.

The traditional origami paper is “Washi” which uses fibers that are a bit tougher than most papers. Often the folding just uses fingers but small hard tools can help make the creases sharper and tighter.

More modern origami can have various origami models pieced together with some kind of thread or glue.

Origami is also useful in some mathematical applications. This is also known as modular origami.

Have you ever done origami? What is your favorite folding paper and what colors do you like to use?