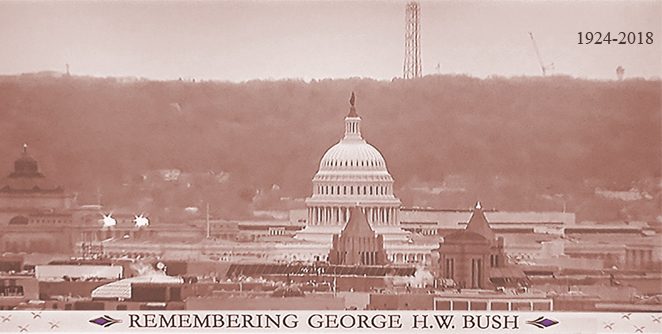 Today the U.S. had a nationally declared day of mourning to honor the former pres of the country. He was born in 1924 and served honorably, enrolling at 18 after Pearl Harbor. And then had a few times he evaded being a casualty of war. We watched enraptured as the current and former leaders of the country got together to pay their respects to him as a leader and guide to the country watched the proper rites were given and his final boarding onto a plane with family before reaching his final resting spot.

The last time the country had such a day was at least a decade ago.