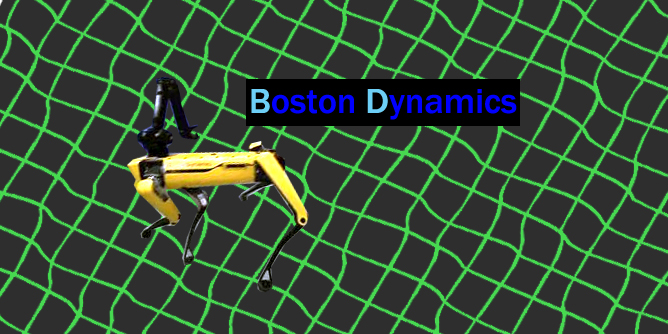 2017 was a wild year with a lot of high hopes. Cryptocurrency was taking off, stocks was on a rocket-ship to the moon and altcoins were riding the coattails of all the above. A lot of people were stunned by the amazing advancements in technology that were being made and were sure that technology was going to usher this new digital age and that the world was going to be transformed faster than we would have liked to admit.

If you look at some of the topics pushed by mainstream media and toons and movies you would see that artificial intelligence and sci fi and transformative technologies were at the forefront of our minds. It was like Back to the Future meets Rick and Morty meets the movie Ex Machina and the Sophia robot, which in itself is a whole article that we will need to talk about also after all Sophia did get recognized in 2017 as the first robot to be awarded with citizenship in Saudi Arabia. So with all the news about robotics we decided to also highlight Boston Dynamics which is a pretty fascinating company as well.

This company is in the United States and was founded in 1992 after spinning off from the Massachusetts Institute of Technology. It had received funding from the United Stated Military through DARPA to develop a four-legged (quadruped) robot for military purposes. And it was helping to create training material for their departments. Robotics is what they specialize in. Their inventions and creations have been featured on YouTube and gone viral and also been made part of shows like Black Mirror and also shown on PBS. They were later acquired by Google X which is part of the now named Alphabet company.

The most famous BigDog invention was designed at first to help lug around military supplies across rough terrain and carry heavy loads. But they also have invented bipedal inventions like Atlas which is a humanlike robot. They have a fast Cheetah like animal and other smaller dog like animals.

The SpotMini also was developed with cameras and went absolutely viral with its lizardlike head-claw that helps open doors. The emotions for this invention have ranged from cool to interesting to kind of creepy because some think that it could be used to become seek and destroy sentinels that may attack humans at a later point in time if programmed to do so. The episode Metalhead from Netflix is heavily inspired and influenced from these designs and they were seen as what could happen in an extreme apocalyptic scenario where worse case outcomes happen that cause either self-awareness or sentience which at super human speeds becomes known as “the singularity”. But this has not happened yet supposedly because it would take several server systems and huge amounts of computing power and sensors which currently is not available if using electronic based gadgetry. Even without complete self-awareness a robot programmed to be smart enough to execute self-survival mode could be potentially dangerous and lethal in some circumstances is the premise of the show.

Now the company is nowhere near that far in what they manufacture but there are swirling debates with a lot of scientists and Elon Musk of Tesla making his own comments and throwing his hat into the ring. We will likely see a lot more from this company combined with other companies like Hanson Robotics to create amazing technologies in the future. This is definitely a company to keep in your field of radar.

Right now the company has over half a dozen robots including models that look like an ox, a rolling robot, walking robots, and rolling and jumping robots. They can leap, turn, crouch and get back up if knocked down. In fact there were also some ethical questions raised when a video surfaced of a person kicking the robot down to demonstrate the ability to get back up. If you think about all of these technologies it will get closer and closer to the approximation of human and real animal. At this point in time it is still too far away due to the amount of heat and huge storage required for server based clusters to simulate robots like Watson which approach human intelligence simulations. So there is still no need to worry about a robot entirely taking over your job. In fact in the 19th century Luddites were worried about machines being used and replacing their skills they had learned with something that could replace their whole industry. There were many that wanted to get rid of the machines which caused laws to be passed to prevent destruction to equipment.

As always we encourage learning and staying ahead of the tech curve. Machines will keep getting better and it’s only a matter of time when we will get something that we didn’t have before to improve and make our lives faster and easier in a way. Although there is debate whether it has truly saved time. There is no reason to go back into the Dark Ages and try to reinvent the wheel if time can be saved.

What do you think of the company’s inventions, their jumping flea and backflipping, running robots? Tell us a bit more below.