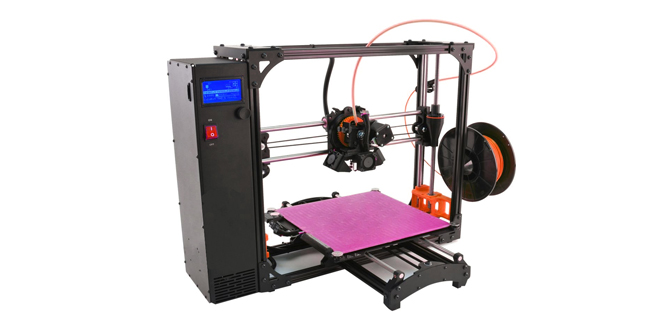 3D Printing technology has been around for a while.
The idea behind this is based on extruders that used to extrude melted metal to make a structure. It used large industrial components to make a structure like a chess piece. But now instead we have cheap and inexpensive components and electronics that uses plastic filaments similar to the way you would do for a hot glue gun to make a solid structure. The neat thing about 3D printing technology is that you can use it to build larger structures and it has been used in applications such as building life sized models of structures such as bridges, model airplanes, cases, toys, replacement pieces for broken parts of another device, phone cases, game pieces, cups, chairs and other things that you can think of. The structures are rather light and durable.

The printer is connected as any typical printer would be to a workstation. And then it interfaces with a computer whereby a set of image templates and 3D model software is used to create physical structures using the coordinates from the graphics.

The first instance of a 3D Printer may have also come from a game such as Resident Evil where there are material printers. This industry also has come under scrutiny for 3D templates used in weaponry and who gets to regulate and who is allowed to build those structures if they have been outlawed.