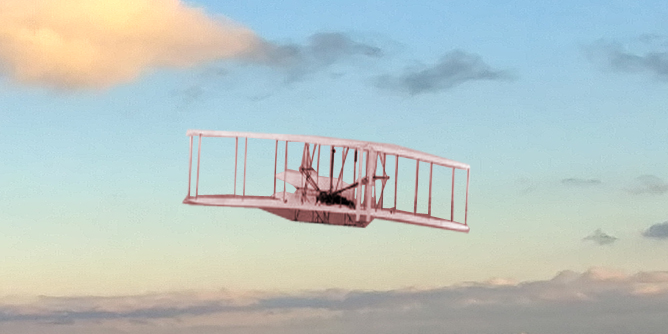 It was Orville and Wilbur that is given the credit of making a controllable sustained flight with a heavier than air aircraft in 1903. They created a three-axis control system to allow the machine to maintain its course and is still the standard to this day. They built wind tunnels to help them be able to do a lot of testing of different scenarios. And they emphasized the ability to pilot their plain rather than more force behind the plane. Their design and wings was more efficient than any other design before and they patented their controls as the main invention.

They had refined their skills for dealing with machines by working with various hard machinery like bicycles, motors and printing presses. The bicycle was instrumental in helping them believe in a controllable machine with time and testing. They also worked on glider technology.

These individuals were part of a family of seven kids. They also had a sister that they were close to.

They also said they had a toy helicopter that was based on Alphonse Pénaud that they said inspired them.

Wilbur did not get a high school diploma because of the family moving to a different state and Orville didn’t get one but they were still extremely bright individuals.

They both developed a printing press business together. Later on they developed a repair and sales shop and were starting to get fascinated with flight.

There was a Samuel Langley flight, Octave Chanute flight, and Lilienthal flight. They were also influenced by Sir George Cayley, and da Vinci.

Both got involved and took credit for the inventions. Orville was smart but Wilbur was the starter.

They also obtained weather reports to help them decide where they wanted to have flights. A lot of their designs were based on kites an gliders with with droopy wings or rudder type implements.

At one point there was a near fatal crash and it messed up Orville’s leg and broke his ribs. Their sister Katharine stayed with Orville to help him recover. She was a school teacher in Virginia.

At first many people were skeptical of their flights as myth including Scientific American, the Army and Europe and the French newspapers but they eventually went public. They had been keeping their invention secret to prevent someone from taking their trade secrets.

They were eventually given celebratory praise and a presidential award by Taft and given a home town heroes’ welcome in Dayton.
Wilbur often had to handle lawsuits and was central to that aspect of their business. After all, they had done much of the experimental work.

Neither brothers ever married. Orville didn’t want Katherine to be married it seemed. Orville also was sad about the invention of the planes leading to bomber airplanes.

I find it super inspiring that I am living in an area and location close to where all these innovators are. I find it fascinating that people who started out as simple skilled workers can create a new invention that no one has ever come up with and improve and refine it and use science to do research studies to steadily build upon their findings while putting themselves at personal risk to further these advancements.

Knowing the history of previous inventors, entrepreneurs and business savvy individuals is highly relevant to entrepreneurs because it shows that sometimes you don’t experience overnight success but its a cumulative effort of things you do over time. It shows that you have to protect your ideas from being stolen but be open enough to allow competition and not a monopoly.

We believe no other field of science has quite captured man’s creativity and inspired them quite as much as flight. And with it, it has spawned other fields such as space travel as well. What inspires you? What drives you pulls you toward creativity and the pursuit of knowledge?