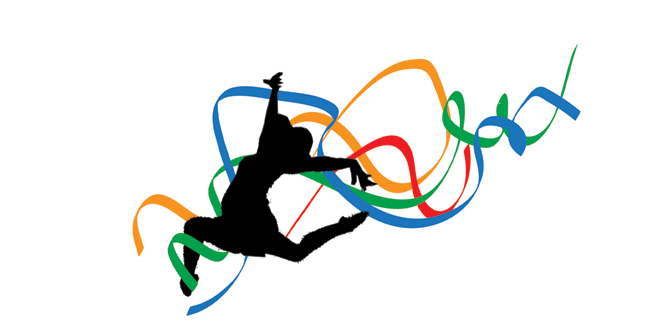 Ribbon are often used in rhythmic gymnastics which is also called ribbon dancing. Usually the ribbons are attached to a handle or stick such as wood or bamboo. The ribbons can be any color and is often made of satin. In competition it has to be about 6 cm wide and 6m wide roughly.

When competing in gymnastics the individual needs to be able to perform spirals or snakes, circles, flicks and throws. It must be smooth and flowing and cannot have knots form.

There is also a ball that is sometimes used in rhythmic gymnastics.

The form originated in China around the Han Dynasty where they would often use traditional Chinese music to perform rhythmic movements with bright long colorful ribbons. You can often find these for between $7 to under $20 if competing.

There maybe be other accessories during the performance sport including hoops, balls, clubs, and ropes. The sport combines elements of dance and ballet as well as gymnastics and the ability to move while holding an object.

This type of dancing is not to be confused with rope dancing or aerial fabrics in which you are suspended from the air in a hammock like set up.

In the 1960’s they started having these competitions in Budapest and recently in the Summer Olympics of Los Angeles in 1984 they held competitions.

The dance also has some skills used in majorettes or baton twirlers that have to dance and move during marching band parades or which some cheerleaders may do.

As things get more and more high tech in the world it is nice to occasionally get away and see these fun displays and dances. They are bright, colorful and captivate the imagination at the patterns that they can perform. You also see some of these possibly in the performances of Shen Yun.

Tell us what is your favorite thing about gymnastics, parades and Olympic performances.