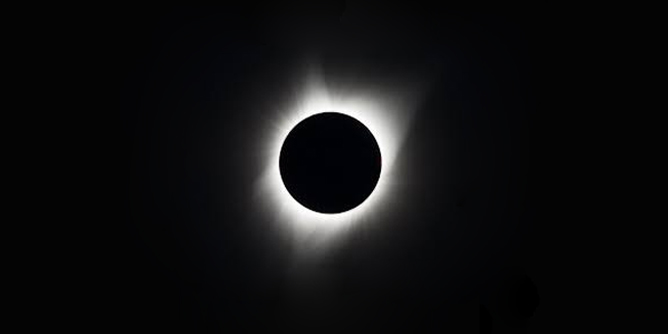 Boy, it has been a fantastic year in news events. Last year was there was no end in sight for entertaining and exciting happenings in politics, world events and occurrences in nature. Well, those aren’t the only things that should get you on the edge of your seats. If you just watch the television you’re only miss half of what’s around you. For entertainment look to the skies.

If you are a sky watcher here are some of the fantastic happenings over the next year to titillate your star watching senses. These are explained below by the time and date of the year with the ones happening sooner mentioned first.

First there will be a total lunar eclipse which will occur between Sunday and Monday of January 20 to the the 21st of this year. It is nicknamed a Supermoon because the moon appears especially large due to the way it approaches the earth in its natural elliptic orbit. It usually is the closest distance at that point in the orbit, also known as the perigee and makes the full moon phenomenon look especially breath taking and large.
Now, when this phenomenon occurs during a total or full eclipse the moon tends to turn a reddish to brownish-red color and is also nicknamed a “blood moon”. Each month has a particular nickname for its full moon.

Here is a list of the Full Moon Name by month:

The reason we had so many names was because the moon was revered and sometimes worshiped and people wanted to have a way to distinguish it by the change of the seasons and nature. There was folklore, mystery and mysticism and superstition surrounding nature. And certain cultures and tribes added significance to these natural events.

Even though there were twelve months in a year sometimes there was even a thirteenth full moon which is given a nickname of a Blue Moon. Usually there are about three full moons in a season. So a Blue Moon is often defined either the third of the four moons if there is an extra moon. Or it can be defined as the second Full moon in a month when there a two Full Moons in a month. These happen every two to three years.

And sometimes when there is not a Full Moon in a short month like February it is called a Black Moon. With so many names it’s surprising they didn’t nickname one of the moons a Sailor Moon. Haha, get it?

The full moon is a fascinating subject and sometimes you might see one aligned exactly opposite the sun which is technically called the syzygy which is pronouced like si-zi-jee where si is sounds like sit and zi sounds like zit. You can sometimes see this in certain parts of the world on high mountains and see a full moon while there is still daylight.

In order for it to be a lunar eclipse it has to be a full moon that and the sun has to illuminate the surface. When the sun and moon and earth perfectly align then the Earth blocks light from where the sun is shining onto the moon. Most times the orbits of these astronomical bodies are not aligned for this to happen. If it is a partial eclipse it is sometimes called a penumbral eclipse. The special thing about the total lunar eclipse is that the Earth has some light that reflects onto the moon.

As in the Connecticut Yankee in King Arthur’s Court, Hank Morgan the protagonist in Mark Twain’s book takes a page out of history from Christopher Columbus in the 1500’s according to Space.com when early civilizations didn’t understand what the red color of the moons was about and about eclipses. Columbus actually had an almanac when predicted a lunar eclipse and capitalized on fear of natives when he first landed and was stranded so that they could get food and survive the lack of provisions and supplies.

So on or around Martin Luther King Jr’s Day you might be able to see the eclipse in America and parts of Europe.

The second major celestial event is a Total Solar Eclipse on July 2, 2019.
The last time we had “the big one” was August 21st of 2017 and covered parts of the Nashville, Tennessee area and North American states. This other one will cover parts of South America. The last eclipse in 2017 lasted only a few minutes and this is likely similar in 2019.

Event number three includes a Partial lunar eclipse on July 16, 2019. Typically eclipses comes in twos and sometimes threes. That means there are are about two of these sky events in July. Most of the light and dark show will occur near England and London and the U.K. at that time.

The number four event will be another celestial body blocks the path of the sunlight to the moon. This is one in particular is when Mercury blocks a bit of the moon and is called the Mercury Transit on November 11, 2019. You may need to have a telescope and some kind of light filter to see this one.

Finally the last eclipse slated for the year is near Christmas time. How is that for a grand holiday light show? This one is called an annular solar eclipse and is on December 26th of the year. This will be most visible to those in Saudia Arabia and India. It will be like a Ring of Fire on Boxing Day. It is a partial eclipse and only partly occludes the sun. It doesn’t fully get dark and you likely need some light blocking device so you don’t blow out your retinas and go blind or end up visually damaging your corneas, but hey all for science and spectacular entertainment right? If you like to chase eclipses, and who doesn’t after seeing and sensing such an astronomical event (birds flying confused and animals acting and chirping oddly as if it’s night time). An annular basically is when the sun’s rings are still shown around the edges of the moon. People compare these eclipses in good, better, best to the three bear fairy tales with partials being okay and ho hum to annulars being better, and total eclipses being the absolute best.

So make sure no matter what to check out constellations and the shadow play in the firmament on those days if you’re a die-hard, hardcore astronomy fan.

It is a fun and exciting way to teach kids and yourself about the world.

Are you enjoying these articles? Do you get excited by the sun and stars? What’s your favorite thing about the planets? Comment below!