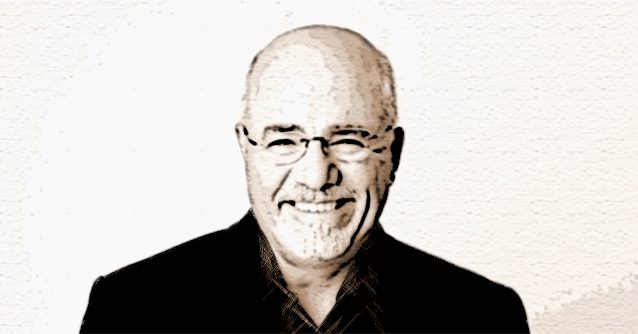 Dave Ramsey created the site DaveRamsey.com named after him and is a personal finance guru and businessman. He has a degree in Finance and Real Estate and worked in Ramsey Investments. Mr. Ramsey lives in Tennessee and is happily married with children.

He experienced a personal financial setback early on when another bank took over the bank handling his real estate investments and needed immediate repayments of loans and caused him not to be able to repay. Even though per Wikipedia he had amassed a large multimillion dollar real estate portfolio he had to declare bankruptcy and attended seminars on most people with their financial problems and with his personal experience and unique successful experiences he has written a book and created a syndicated radio program called the Dave Ramsey Show originally called The Money Game.

Mr. Ramsey also is on YouTube and on podcasts and several best selling books. He has been features on famous shows such as The Oprah Winfrey show and early morning shows.

Mr. Ramsey does draw some controversy due to some of his methods being unique but to each their own and what works will not work for everyone.

Some of his books include:
The Total Money Makeover: A Proven plan For Financial Fitness,
Dave Ramsey’s Complete Guide To Money: The Handbook of Financial Peace University
EntreLeadership: 20 Years of Practical Business Wisdom from the Trenches

He has on his site Courses, Live Events, Investment Calculators, Mortgage Calculators, Debt Calculators, Recommended Advertisers and Investment partners and a Store where you can buy books and other products. He also has material for teachers and students.

His about page says he had over a million dollars at the age of 26. And he teaches on his site to be careful of who’s advice you listen to and not take advice from someone who is also broke.

He started Ramsey Solutions in 1992 to counsel people. His team has a 550 member team to help others.

Here’s the great thing about Mr. Ramsey’s site. It’s that through his own experience and his setbacks he’s been down but not out and gotten back up and fought his way back into being successful and he’s a money warrior and beaten the financial hard knocks. There’s a saying that you can have anything you want if you help someone get what they want and with him helping others, money comes back. It seems to be a successful formula and with that, we are featuring Mr. Dave Ramsey’s website as a good resource.