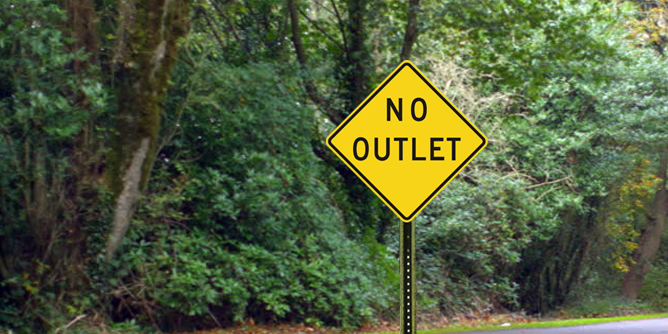 I was looking through CNN, The Guardian, The Atlantic etc. the other day combing and sifting through them trying to make sense of the news. Because that’s what this site is about: trying to sift through the media and news to give you a straight rational view and wading through all the noise and filter out the b-you-know-what. And I came across an article that caught my eye and holds close to what inspired our educational, entrepreneur oriented news site to come out.

It was an article entitled “Is No Job Better than a Bad Job?” written by Kate Kershner and published on August 29, 2017. In it she explains that most jobs are miserable with erratic long hours and dismal pay. Contrast that against unemployment and sometimes depression and higher mortality rates associated with not working which I take it likely is due to being able to fend for family and sedentary lifestyle or drug and alcohol use.

This is referenced and linked to a Huff Post article entitled “Unemployment is Bad for Your health” written by Robert Leahy, PhD back in 2013. However I don’t know if this is an extreme because perhaps the data is skewed to people that already have that predisposition and perhaps it is either they already didn’t do that and not a causal effect or co-linked effect of being unemployed. It mentions that there are higher chances of certain diseases also and accidents. But perhaps it’s due to the person being grumpy and not living their life to the fullest and thus not running or going out. However if I didn’t have money or was unemployed, which I’ve been a few times when I worked seasonal jobs when I was younger then I might not be going out to run, or perhaps I was already into eating a certain way due to the way I was raised or was preoccupied with looking for a job and didn’t have time to go do as many healthy things. Either way it seems to be a reinforcing cycle and still basically means that the situation is not an ideal place to be.

So back to the original article, the author there mentions that getting a job does improve their quality of life and also let themselves rate their health better probably cause eating better and being able to buy things improve their self esteem and confidence levels. The link to biomedcentral on BMC Public Health does a study that says its finding are done based on surveys with the “positive change in self-rated health as a consequence of re-employment “. So basically it’s on perceived health because again it references a Schuring, Mackenback, Vorham, Burdorf article that says it even in its title: “The effect of re-employment on perceived health”. As to whether the studies tracked actual health factors is a good question, and I did skim through these relatively quickly to find if there were any actual health factors studied.

Per her article working jobs that were considered “poor quality” or “bad work” based on job satisfaction measures, job anxiety, independence, security, and pay leave causes small changes in the body that are indicators of overall health called biomarkers such as substances related to cholesterol and blood pressure. She says that these can show up in testing the body before the symptoms actually manifest in a full blown illness. And according to these articles the normal assumption is that some work is better than no work but it says that work that is higher a stress-load with less satisfaction can be even more harmful than not working at all.

Isn’t that interesting? Perhaps people that are stuck in the rat race should consider finding something that would be good in terms of flexibility, stress load and offer better pay. Kershner says it’s not to say one should try to wait for the perfect job and I agree sometimes you have to make make rent, feed the kids, and pay bills. Although there was a time that I was fed up working a season job when I was younger and tired of no benefits and getting furloughed annually and not getting more than minimal pay with long hours and nothing to show for it except being exhausted at the end of the day all tuckered out and passing out in front of a computer and missing my dinner time. And then on top of that having to wake up again before sunrise to do it again with no days off or no ability to basically ask for days off as a temp-to-hire, season, on probation worker. There was nothing in the way of promotional potential also and no educational assistance or help either. Basically you were cheap disposable replaceable labor and they didn’t care about you and you didn’t care about them. This was for a large organization of several hundred or more but could have easily applied to a smaller organization. The more intimate a company the more they are often able to work with you. I left that job so I could get more job experience at the time and bumped around with some support and help from family before getting a callback from a job which had good pay, benefits, and a whole lot more job satisfaction and peace of mind and it makes a huge difference. When you are younger and don’t have kids and family to take care of it definitely is the best time to do that.

With the shutdown going on, the teacher strikes and other things going on it might be a good time to re-evaluate your life if you find you’re unsatisfied and consider making a career change. Consider finding some gigs, side hustling and finding some temporary work in the field you want to be in and getting your foot in the door. We all had to work our way up the ladder and start somewhere and sometimes all it takes is just being tired of your current situation and taking action.

The original article by Kershner is found below.

Are you self-employed or working your dream job? Tell us below how you got into it?