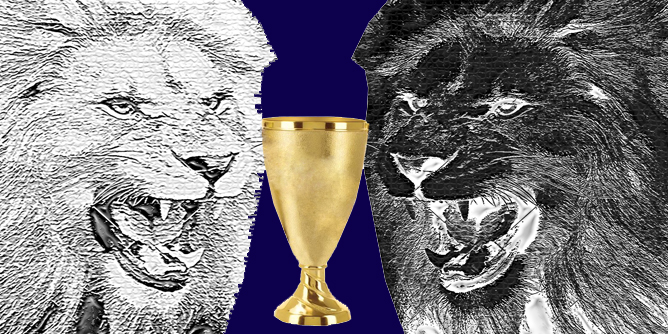 In it it talks about why conflict is a good thing in the workplace but also occasionally conflict is a good thing in other areas of life. First off no one wants to be seen as the bad guy or have high blood pressure or have problems in their life. No one needs the added stress but sometimes you have to have conflict to deal with the tough questions. For example in the military it is know that they are trained to confront and not shy away from conflict. For example if you are at work and you seen an unrecognized person or even if it was a person in the middle of the night you have to ask something like “Halt, who goes there” or at work ask “where’s your badge” if someone is trying to get through an ID’ed area. Obviously conflict can be a good thing for security reasons. Another area of life is if you see something wrong such as a person cutting in line or “acting a fool” or picking on someone, you may have to do something cause conflict even if you don’t want to. Perhaps you have to press a emergency alert button on someone or as in the case of someone trespassing recently that could affect security of political leaders, but was only “confronted” by a secretary who asked why the intruder was there and thus referred to security and prevented malware and other possible problems from happening you sometimes have to be “the bad guy” to get the straight dope or honest scoop. Not everyone wants to do it but it has to be done. Another example is when someone can’t defend themselves and someone is obviously abusing power then you have to whistle-blow to prevent endangerment. That’s conflict but can save or help several people.
The article above talks about how you can be even more stressed and angry or frustrated when you don’t introduce conflict. Let’s say you have something you don’t want to say for fear of hurting someone but if you don’t say it it festers or the situation is only going to get worse for everyone. You have to say something. Whether it’s a coworker or a family member that thinks they’re being amusing or helpful but not really. It’s important to sometimes be contentious or willing to challenge some position instead of backing down so they really see why it’s important. If you don’t challenge a position for example the status quo keeps happening and work bullying and minimization can happen or maybe a procedure never gets changed. There was the Deep Horizon and Enron and GM incidents as a few examples where there was a culture of things that got pushed deeper and deeper back and ignored for instance and someone had to come out and say the truth.
The article also mentions that sometimes conflict can be corrosive or bad for productivity but Steve Jobs was famous for being able to tell someone direct what he felt even when harsh or Kevin O’Leary was upfront and truthful even if it wasn’t what a candidate didn’t like what they heard. Someone has to be the truth teller and also the “bad guy”. If you have a think tank of people that always tell you what you want to hear then there’s no innovation and different perspective of thinking and going back to the drawing board never happens to formulate inside adversity.

Another example of confrontation or conflict also shows up in a real world example where a person was kidnapped or assaulted in broad daylight and psychology studies have been done where when there are a lot of people around people have the idea that someone else will intervene, but that’s not what happens and with fewer people you are more likely to intervene and help.

Another example is shown here:
https://www.nytimes.com/2018/02/07/arts/1517-to-paris-clint-eastwood-heroes-train-attack.html
Here you have: Spencer Stone, Anthony Sadler and Alek Skarlatos who were best friends and people that had a military background in the Air Force and National Reserves and just plain reaction time and a bit of common sense that help to thwart an attack in Paris.

Now when you don’t address an important issue you basically are racking up what the article defines as “conflict debt” and it can make something fester. Such as needing to give some feedback no matter what it is to a coworker but fearing retaliation or criticism back. You have to do it.

There is also a study as noted by Hannah Fry in her lecture on the Mathematics of Love where she says that in her findings and research studies that a healthy relationship is one where complaints are not bottled up till they explode but that there is a continuous feedback loop of information, feedback and adjustment such that both are comfortable in receiving and engaging in disagreements without victimizing or blaming the other person and in these relationships they are the happiest.
http://www.soc.ucsb.edu/sexinfo/article/mathematics-love

So back to the three bad ways of dealing with conflict debt.
These include:
-The delaying tactic
-The avoiding or ignoring of the issue or broaching the topic
-Stopping a discussion before getting to the issue and avoiding a heated uncomfortable situation

In conclusion, no one likes being uncomfortable. But champions deal with stress to treat a situation like normal, having a practice routine and calming themselves down. Another thing champions can do is focus on the present moment and not on the whole outcome just break a moment down. A champion also knows they deserve to win like anyone else and understands the opponent can be more stressed out than you and so you have to have confidence that you can be the guy to win. Champions visualize an outcome of good and bad and have a fail-safe for the scenarios and how to fix those outcomes or mitigate risk. And like Dan Lok said, if you can’t visualize yourself winning or having mastery of the situation or being successful you will never be successful. How can you be a winner if you can’t see yourself as a winner and have a mental voice or tape rewinding and repeating negativity. You have to reprogram yourself and how your mind thinks and you aren’t born with this ability. You have to practice and rehearse this every day. Garbage in, garbage out and what you feed your mind is just as important and even more than what you feed your body. When you are stuck at something and feel down, go back to the basics and what worked. Whether it is focusing on your martial arts forms, practicing dribbles, or what got you interested in starting a business in the first place or even good positive music you have to drill down back to the fundamentals that made you positive and successful and that emphasize your best assets and use that to see you through. Like the saying says, don’t focus on how high the bridge is, focus on crossing the bridge and you won’t fall.
These tips are from: https://www.menshealth.com/trending-news/g19532989/how-professional-athletes-handle-pressure/ .

Remember conflict is good sometimes, and keep up the mindset and attitude and you will be on the path to success. Good luck.