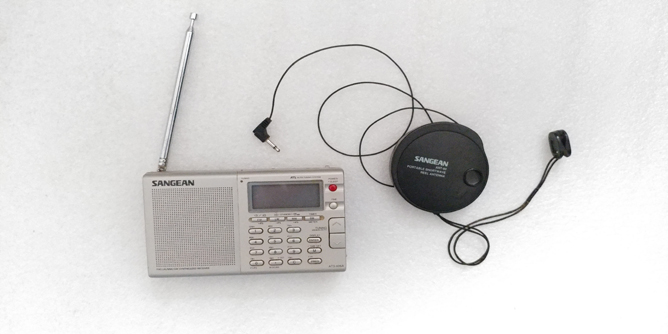 One of my favorite things growing up was listening to the radio on the weekends. There’s something comforting, fun and exciting about being able to just visualize with your mind a whole program without the distraction of having to use your eyes. You can just close your eyes, lie on your back or make food in the kitchen or work on your car on a Saturday morning an be entertained without being tethered to the TV while being out and about in the sun.

One of my favorite programs I used to listen to was Car Talk with Click and Clack, the Tappet Brothers. In real life they were
Tom and Ray Magliozzi both real life brothers from Boston Massachussets. Every morning at 10AM Eastern time I could look forward to a weekly Puzzler or some jokes, musings from a “fan” mailbag or other life advice and sometimes even actual car advice. It was amusing and not always relevant to my life but the humor was down to earth and relatable and just a way to kill an hour on the weekend without the litany of Saturday morning cartoons that had started to disappear and replaced by other programming as well as informercials.

Sometimes the weekends included trips to the library and I could enjoy a few moments of radio hilarity. Eventually I started listening less and less to these programs because the times changed and one day one of the TV host brothers passed and it was never quite the same as they played reruns but that show was changed forever with his loss.

I also learned to love other radio programs and sometimes would come back and listen to a Prairie Home Companion just to listen to some of the somewhat amusing skits, although there were times were the host would drone on and on about nonsequiturs. That show often had Fred Newman who I first heard about on a PBS program called Reading Rainbow where he voiced and helped to narrate a book called “Mama Don’t Allow”. And he created additional voice sound effects for the story and helped make the sounds and music for the program that day. Apparently he has been entertaining many audiences with his voice talent for years. This type of program also reminded me of early radio when they used coconut halves to make clip-clopping horse noises, celery to make crunching bone sounds and cellophane to make sounds of fire.

I learned there were other late night programs such as Mystery Theater and other made for radio programs as well as old shows and late night techno and trance on our local radio. Some of my recent favorites include programs such as TED radio hour, Invisibilia, Radio Lab, and This American Life, and maybe This I Believe just to name a few. I like the inspirational messages, the thought provoking evocative stories, the drama unfolding inside my head and the scientific explanations being taught to me step by step using elimination and the scientific method. I liked the heartfelt, the comedy, and the tragic consequences that were explained without having to see it in my eyes, but still feel it and ponder it simply while driving to many places in my life such as to the library, grocery stores, to work, and on my way to see friends. It kept me company many days and hours. And sometimes I would even pick up news as well as comedy.

A few years ago I found the podcast programs on NPR’s site and my absolute favorite show was Wait, Wait Don’t Tell Me because not only was the format fun and fun, albeit heavily political, but it was a fun way to learn about world events and sometimes even get a celebrity interview in that you couldn’t hear anywhere else. The shows were quick and also quite nice to load on a mp3 play to go when out walking from time to time.

I also had a relative that lived in a place that they couldn’t get foreign broadcasts and so at the time they couldn’t afford cable and could only read special newpapers that were printed with in foreign languages once or twice a month, that was really their only source of entertainment and news. But it got to a point where they stacked quite a few of these just keep entertained so as a gift we got this person a short wave radio.

Now, there are various kinds of radios and radio frequencies out there.

AM uses Amplitude Modulation which was the first method created for radio transmissions and still used worldwide. The waves created are medium waves but also span into longwave and shortwaves. These were the main methods of transmitting in the early 1900’s and gradually was replaced for the most part with FM radio. AM is more likely to have interference. The difference between AM and FM is mainly the type of signal. You have to know two things:
Amplitude and Frequency.
Think of a wave like so: /\/\/\/\/\/\^^^^/\/\/\

If you have a radio signal it can be represented by a wave. Amplitude is the up and down portion of the wave so if you modify the amplitude it might have higher or shallower tops. This is usually what is done in AM and it alters the strength of a wave.

However a frequency keeps the same strength but modifies how often or the left to right portion so you see more of the same signature with the same height. In the example to the right you see the top is FM while the bottom is AM

AM is often between the 531 to 1602 kHz range in mediumwave broadcasting.

Longwave can be 153 to 279kHz and usually outside the U.S. These are known as Low frequency.

Shortwave is from 2.3 to 26.1 MHz and often can be heard at very long distances from the transmitting station but sometimes the sound quality isn’t as good.

There are also VHF AM broadcasting.

Older radios used to use a range in the Medium wave space for police radio broadcasting in the 1600 to 1700 kHz ranges.

Now there are other radio signals that include HD radio also know as digital radio, there’s satellite radio as well as Internet streaming options. Many hobbyists play with amateur radio broadcasting, Ham radios as well. And some do what is called mediumwave DXing to receive AM radio waves to see what they can hear.

Some people also like to listen to police radios and have Bearcat and Uniden units and table top models.

I had a shortwave radio and some other radios, weather radios, and handhelds over the years and found it enjoyable. You can get some books such as Passport to World Band Radio. And World Radio TV Handbook 2019: The directory of Global Broadcasting for about $40 to $50 each from places online. These are great manuals and guides to give you some tips on learning radios. I have also tried stealth earbud radios and the only problem with those were that they didn’t have a controllable volume but they were small and discreet.

Even though the world is going to the Internet and TV and Netflix, you can still enjoy a hobby of tinkering with radios and often it is a fun way to teach kids about technology and how it has evolved over the years.

Do you have a favorite radio program or piece of tech you’ve grown up with over the years? Comment below.