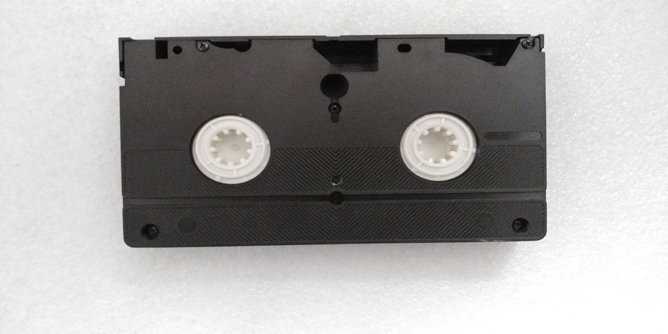 Back in the 90’s growing up in that era there were a few things that were nostalgic which included VHS tapes and regular music tapes. Back then that was the only technology you had at the time and could only go forward and backwards. The tapes recorded data magnetically and was also a precursor to IOMEGA and Zip drives for computer backups. This was back in the day when hair was still big and people could find tons of tapes and tape decks at the local Goodwill and thrift stores.

You had to spend hours trying to dub and mix tapes correctly or start, play or pause the tapes and when you got them right you felt like a genius mixer and DJ master. And when something bad happened sometimes your tapes would get caught for audio tapes but you could use your finger or a pencil and eraser to rewind.

The VHS tapes were similar in concept. VHS tapes stand for Video Home System and a lot of people wondered at first why you would ever watch a movie and then later why you would watch it in your own home but technology keeps advancing. Magnetic tapes helped TV’s flourish and changed how we watched and consumed media. Before the big Netflix era and Redboxes, Blockbuster was the big thing with video tape rentals and people missing deadlines and going down the street having to get it to the store. There was a big standards ware with VHS versus Betamax with VHS obviously being the winner. Most tapes could record 120 to 160 minutes with some having special recording modes where it could record more.

VHS had to have a standard so that it could be used across many tv sets because they had to be cross-compatible across many different sets and have a consistent quality, be able to record at least 2 hours and also work wit other recording devices like video cameras. It also had to be cheap and serviceable. There was a battle between Sony and JVC to standardize this format and Sony developed Betamax that it would license to others while JVC developed the open standard VHS and less proprietary standard. Betamax had a shorter recording period also although it had smaller cassette tape sizes and better higher quality video.

Then video cassette recorders or VCR’s helped make the ability to record on-air broadcasts a regular thing. Most cassettes had a flip up covert to protect the underlying tape that could be revealed by depressing a latch. The most common formats in the industry for TV at the time were NTSC and PAL which was more common overseas.

A lot of people at the time in the entertainment industry was worried about copyright protection such as the MPAA and tried to develop technologies to protect duplication of content at home. Sometimes these would introduce artifacts and blinking in the video on purpose if it tried to record certain video streams. Later there were also new standards developed for improved video fidelity including SuperVHS. Additional accessories such as tape rewinders also made it easier to return tapes back to its beginning as once you were done viewing a movie you always had to rewind the tape which took at least 3 minutes in some instances. Eventually there were new video technologies such as video disc formats including DVDs and Blu-Ray and VCD’s which had a short appearance. The advantage of these was that there was no need to rewind.

Some of our relatives still keep VHS’s and old tapes because those are the last vestigial remains of some of our videos we’ve recorded. Whether it was watching music videos or creating home movies or recording our favorite movies, there are still memories on those old tapes and video cassettes. On weekends our mom would sometimes persuade our dad to grab dollar video cartoons from the local store and we would catch old time favorites like Little Lulu or Popeye or Merry Melodies and some Disney Classics or Shirley Temple and Three Stooges. For a time we even had an ATI video converter device to try to digitize the media but never converted all our videos and some of those will forever stay or remain relics until they end up either salvaged from someone in the future or end up on a shelf at Goodwill for someone to view its nostalgic treasures like a time capsule from a long bygone era.