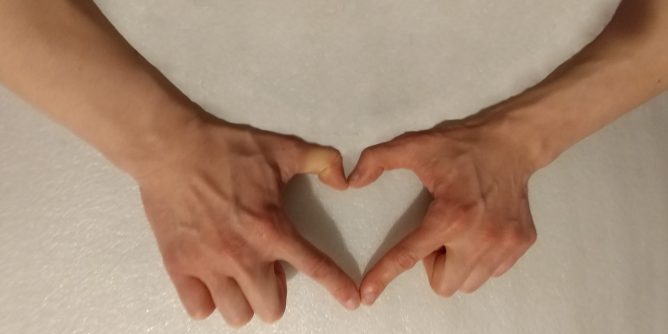 A couple of months ago I was tired of the typical bar scene and decided to try out the online dating scene. There are all kinds of apps out there now from “Dumble” to “Plenty of Freaks” (not real names) but the more I tried them out the more I realized how the apps scream of desperation in most cases. Okay, so maybe the apps deserve a little more credit for getting people together that wouldn’t otherwise have gotten together, but it doesn’t make using these apps that much easier. Most guys on there are swiping right as fast as they can with minimal effort trying to say hi and make comments like ‘You look beautiful’ to every girl they see and ‘you wanna come over tonight and chill?’ It still takes time to find someone worth connecting with.

I came across many profiles that were either too minimalist or quite obvious fakes. Some were most definitely scammer profiles unfortunately, but many of the profiles were just ordinary guys looking to connect that were either sweet, clueless, or awkward and definitely had no idea how to relate or polish up their profiles.

The good thing about these apps are that they are created with the busy woman in mind, or the lazy, and sometimes equally awkward lady in some cases. They allow a woman to quickly screen out potential suitors that either give off bad vibes, can’t maintain a decent courteous conversation or just obvious bots with minimal effort and time. And less time wasted means a whole lot less heartaches and headaches and heart breaks.

The better apps actually allow you to send messages, are easy to use, let you bookmark certain profiles to come back to the message later and do certain search filters on types of people that you prefer. They also usually have a little description about the person with pictures so that you can learn about who you’re trying to connect with, what interests they or you have in common, ideas for dates, and possible conversation starters. There’s also usually a way to select what kind of relationship you’re looking for like just friends which no one really ever means in most cases, dating, hookups, and longer term.

I found that the range of people on there definitely varies depending on age group with the younger generation typically wanting to have shorter types of relationships while the older groups tend to have longer term commitment in mind but there was still a wide variation.

After looking through a couple different apps I could definitely see some profiles were great, and some were bad, and then some were really, really bad.

I’ve talked to people that have used these apps for a long time and here’s what I gleaned are the bad things about them:

A few things I’ve learned from dating is that every app, as well as, every dating situation has its own set of rules. Just like you have to know the rules of the game to play well with others there’s a certain bee mating dance you have to kind of be aware of which are basically just social and cultural norms for communicating and interacting. If you’re in America for instance there’s a norm of the guy picking up the lady or opening doors etc. Or another date “rule” that is taught by some of the dating gurus that my friends talked about includes how soon before get intimate, among other things. And yes there are certain things in society that they teach you or that you learn which you generally follow so that there’s a bit of “order” in society. Like, you wouldn’t cut in line and get in front of someone or you’d get beaten up. And so “rules” are useful, but some are just guidelines and you should always remember that you have to adapt and do what fits the situation and not because some book is telling you to do it.

A few of my guy friends for example, have interest in these dating gurus like David DeAngelo, Mystery, Neil Strauss, and the October Seduction Method and Corey Wayne, Alpha M and there are many, many others. These are actually good in some sense in that they give you some framework to work with rather than shooting in the dark. Even if you’re not really good at dating it gives you confidence, even if it’s a false confidence to go in and try to see if you can get the attention of someone. But you still need to learn how to talk to people. You still absolutely 100% have to have be interesting and you have to have an interesting life that someone would be attracted to or want to be a part of, but it gives you a sort of guide or mentor or coach to pick you up when you blow your relationship up guys. These guys aren’t necessarily teaching guys to be sleazy either. They are just offering what are called social dynamics to see what works to be a fun guy to be around, some of them also offer dress and fashion tips, cologne ideas, and how to be generally more well rounded. There are even female dating gurus now like The Wing Girls on YouTube, Allana Pratt who is an “Intimacy Expert”, and Kezia Noble who is a celebrity dating coach as well. So never feel you don’t need a little knowledge about “social communication” because no one is born an expert in how to be a great partner. And you really only get better the more you integrate it into your life.

A lot of people are simply awkward or unfamiliar with interacting with guys also because just different ways that they are brought up and taught to think. I mean why do guys wear blue and girls wear pink? Why not green or purple. For most girls, really you have nothing to worry about. You just need to be your sweet lovable selves, although you should always strive to be your best looking and attractive versions of yourselves. Really part of learning to be less awkward involves doing and going out there and interacting. And sometimes you have to question why you’re beating yourself up over what he said or what other people think about this person and think for yourselves. There’s a general rule that ladies act in packs and so do guys which is for a reason not just for safety but since a long time ago it would get you banned from a group in your clique. But deep down you have to ask who you’re really trying to make happy, your parents who want you to be with a certain type, or your friends, or is this someone that you genuinely have fun with, can enjoy time being together and may have a few quirks but ultimately someone that you pair well with.

[This is part 1 of a new dating and relationship series on SWM. See more in Lifestyle]

Jada Phair is a pseudonym weekend guest contributor writing for SWM. She is a relationship writer, a punk enthusiast, female advocate and general all around bad ass. When she's not out dirtbiking and skateboarding, she's coming up with lyrics for her band and YouTube channel. Don't get on her bad side.