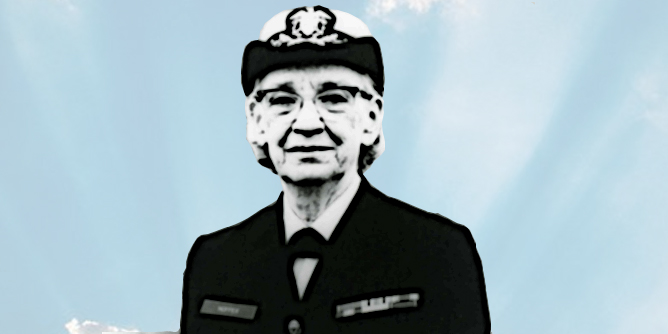 Last month was Woman’s History Month and we wanted to showcase some truly inspirational people that were also kickass from a historical perspective. It doesn’t matter what time or century a person is from when their contribution has changed the course of history.

Grace Brewster Murray Hopper who was born with the last name or Murray was an American computer scientist and tech pioneer. She was also a U.S. Navy rear admiral and one pioneer of computer programming. She helped to develop a program called a linker which is also called a link editor. This program will take files that are called object files that contain object code, basically tiny snippets of statements and instruction in computer language or machine binary code language. Normally these are part of a library of code snippets that has placeholding offset references that the linker uses to piece together a whole program. Then the linker creates an executable file. In the past a lot of programming code wasn’t developed yet and was low level with basic programming commands. What Ms. Hopper did was help popularize the idea of a programming language that could be used regardless of the type of machine it was being developed on, also known as machine-independent programming language, and this led to the eventual creation and use of high-level programming language and also the development of COBOL which was on of the first high-level programming language precursors.

Ms. Hopper was smart and earned a Ph.D. in math from Yale and also taught as a professor of math at Vassar College. She later tried to enlist in the Navy during WWII but was past the required age limit and instead was accepted in Navy Reserves.

She also worked on the Howard Mark I computer team and also part of a team that developed the UNIVAC I.

Without her and several scientists we would never have developed programming language the way it is now. Her part in having programming language based on human English language which then had a compiler convert it into machine code was a huge advancement for computer development. He ideas that she preached in her lectures and her conferences while leading various departments inspired the COBOL language.

Later she retired from Naval Reserve in 1966 but then was recalled to active duty by the Nay and retired in 1986 and worked as a consultant for years after. Due to her several accomplishments over her lifetime she won several awards, honors degrees, and later a Presidential Medal of Freedom posthumously.

Without her work people might have had to write code using numbers, code and symbols instead of the human readable language that we do today. Her programming work also included validation software to prevent errors. She also helped encourage networks of computers instead of large centralized computers. Basically she encouraged distributed networking. And she also helped create many standards that today were refined over time and integrated into the National Institute of Standards and Technology.

She was the oldest active-duty commissioned officer in the U.S. Navy at the time she retired at around 79 years and eight months.

Her nickname was affectionately “Grandma COBOL” for her essential indispensable contributions to the development of the language.

Ms. Hopper lived to the age of 85 years of age and passed peacefully and received full military honors at the Arlington National Cemetery.

We thank Grace Hopper for her amazing foresight and contributions to the world of computing.

Do you have an inspiring story to feature? Comment below.