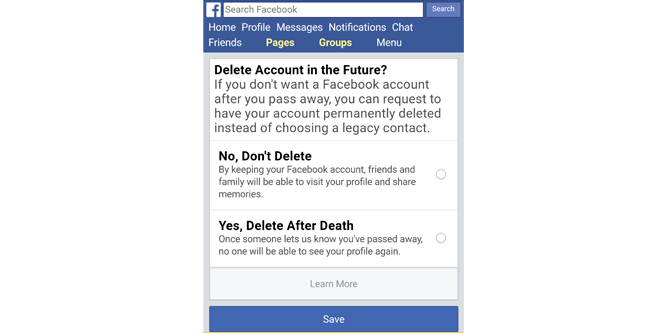 You have to think about how what you want your legacy to be.

A few months ago I remember a parent asking me if I’d be interested in buying a burial plot in advance since this parent had just gone through an ordeal with chemo and recovery. I had not really had much thought about this and said I would give it some thought. The closest that I had ever really had to think about some of this was a few months ago when we were worried if surgery would be successful to allow the same parent to pull through. Thankfully it was successful. But for a period of time we were worried about who and which member in our family would be responsible for things like going to the hospital and visitation. Who would be the eldest to take the helm and mantle for the family? And who would even take of taxes that year? I understood a few things in general just having dealt with finances and certain documents but wasn’t sure just how well versed the rest of the family was.

I mean there were terms like executor, will, power of attorney. Words like durable power of attorney were bantered and bounced around. I knew that power of attorneys became no longer valid if someone passes but then the complexity of executing wills, any trusts and taking care of other matters was also enough to worry us all.

Luckily there had been quite some time after the surgery where we came together to talk about “possible scenarios” even as one of the parents lay in recovery at the hospital. And I knew that we were in essence ill prepared because you never really want to wait till you’re in the hospital bed to talk about things like that: who will do what, what is the the legal paperwork required. And who do you go to in order to get witness signatures like hospital chaplains if that was needed and who takes turns visiting or drives them home from the hospital?

I think stuff like serious illness really focuses who you can depend on and who you can trust. If someone is already not great with money or not a team player then times like this can really magnify situations.

That’s why it’s a good idea to think about this and other scenarios ahead of time. We had a will and all, but not where all the important documents were organized necessarily and so were ill prepared slightly in addition to the fact that you’re never fully prepared in possible life threatening scenes. In certain cultures it’s just considered taboo or bad luck to talk about the possibility of death and the whole conversation is just avoided or not talked about at all until the eleventh hour literally. But this is bad planning like anything else and a bad plan executed is better than no plan at all in some cases.

It’s important to talk to your loved ones and think about yourself and your life before anything happens. There’s a saying: Carpe Diem and Memento Mori which are both Latin phrases which mean Seize the Day and Remember your death. Steve Jobs was famous for giving a college speech where he eulogized the importance of realizing ones own eventual passing and through the brevity, abruptness, and fear and acceptance of one’s constraint of time does one truly realize the strength and power one has over their destiny. They can choose to squander and waste their life as Jim Rohn says through drinking, smoking, and eating one’s money and life away or they can realize that there is more that one can do. One can choose to live a successful life and gain financial security to not be a burden as well as lifting up others so they can also reach their goals and potential.

So, back to the thought. I still did not know what to do a few minutes after the question was posed to me. Do I want to buy a plot of land now to take advantage of prices now and be buried with family? Or should I consider some other option. While it was nice to think that maybe in the afterlife one could stay close to family, it is truly a personal decision that will be different for everyone. It’s based on religion, and costs, and personal beliefs that vary from person to person and even then there was debate among family members what they wanted to do for when their own time comes. We were finally having the discussion simply because the parent was trying to prepare ahead and not be caught off guard so as not to make it hard for the children when executing the will now that the surgery had gone successful. It was still difficult to think about even as the parent started scheduling and visiting different places and getting pricing and quotes. It was deep in their mind that: if we don’t think about this now, who’s going to do it? And the thinking was also that some younger members of the family may not be mentally mature enough yet to understand the actions necessary or it may be way too stressful later which is why there was this sense of urgency to think about it now. But sometimes that’s what is necessary. One has to meditate on unpleasant things even if it’s a stormy conflict in the mind as to what to do. One must ponder.

We checked out vaults, urns, and elevations and memorials etc, on a few websites and also checked the terms and definitions. I researched the differences of cremation and burial and the religious reasons for both as some people are more into one or the other and it also varies by country. And then also costs and customs about what to do with the ashes or remains years after. It isn’t necessarily a bad thing, just misunderstood. And I think that’s why society is so apt to be afraid. Movies make things scary in some cases, but movies are made to entertain even stimulate. But death is just another aspect of life currently that modern science has not figured a way to stop the breakdown of cells.

Death and Fearing the Unknown
People are afraid of what they don’t understand just like when someone looks different or behaves different. People get scared. And they fear what they do not know, whether that person is disabled without limbs, or talks a bit slower and acts erratic due to behavioral disorder. Until you encounter it and realize that being human also means sometimes there are things that don’t always make sense, aren’t always “beautiful” as defined by society and not always able to be compartmentalized and defined in a certain way. A few years ago a relative with special needs brought to my attention that Marvel comics has a lot of emphasis on being different. And their “School for the Gifted” of X-men was a way to bring to light that being different was OK. And learning to accept differences and being in someone else’s shoes helps tear down that fear. Fear does not need to be a paralyzer. This was especially poignant when FDR gave an inaugural address with the quote “let me assert my firm belief that the only thing we have to fear is… fear itself— nameless, unreasoning, unjustified terror which paralyzes needed efforts to convert retreat into advance.” FDR himself had an illness, often believed to be polio that caused his legs to be paralyzed but he nonetheless trucked on in his leadership and terms as president.

In the end I decided on what I think would be a happy medium. I remember a few weeks later being asked again what my decision would be on purchasing a burial plot as a group and I said, I don’t think I need a plot at this time. The reasoning being that life is still long and I still have several years ahead of me and who knows what could happen and where I could go or if I might move to a different place or city or state or country in the future and what other unknown things could happen in life and in the future. One should definitely think about where one will go and be aware and knowledgeable of death but ultimately not fear it or necessarily welcome it prematurely. Death should not rule or control you or prevent you from living. Just respect it. And use it as a way to understand life even more. I think the best way to think about this is there’s a comic out there on the web with Charlie Brown and Snoopy sitting on a dock overlooking the river. On the left is Charlie Brown with the caption, “One day, we will die Snoopy…” and Snoopy replies, “Yes, but every other day we will live…” You must live too a full life before you can get to death because you deserve a great life and a fulfilled and to be well. You deserve to live the good life.

I thought of this topic again today while editing my Facebook privacy settings and it gave me the option to delete my profile completely upon death, or to leave it up for people and friends and family to remember and reminisce and comment. They were asking about my legacy settings. I found it an interesting question. If I were someone famous maybe an actor then maybe I’d have a lot of fans, and I could see the merits of that. On the other hand I had a friend who passed many years ago and somehow recently there were a few “eyewear ads” appearing under the account for a few days likely due to a View As Facebook hack or some other issues. I don’t want to take the chance of freaking or creeping anyone out even with a hacked profile.

And really one’s best moments should not be at death. My recent recollection was our family was watching the late H.W.’s memorial and we were in awe at what that involved and all the ceremonials and the massive pouring of sentiment and pictorials and condolences. And perhaps that’s what set our parent to wondering about death and the afterlife. People should be remembered and appreciated while alive and not wait till they are passed to remember. So while you’re alive, take the chance to show another loved one that you care, that you appreciate them, and that they truly mean something. There’s many comedy sitcoms including Night Court where people either have no one to see them after passing or no one cares to do visitation because they lived a “sinful” life full of vices. In the movie It’s a Wonderful Life one sees how much people are connected. You can create your legacy and the life you want right now. You have the power now because you are still living and breathing. Like in A Christmas Carol when Ebenezer realizes he’s given a second chance at a better outcome in life. You just need to be mindful of your reality and form it through your own deeds.

And with this Sunday being Easter in many places, it’s a day of second chances and new beginnings. Give yourself gift of a new beginning and choose life and understanding and taking actionable steps to reach your goals, choose forgiveness and releasing of stress and old baggage. Choose life.