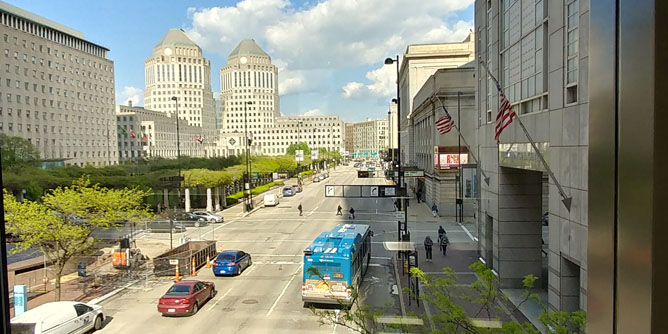 Appreciating and having pride for your town

Growing up a lot of us have this want and desire to belong. They want to join the cool kids or band or football team or cheer-leading team. We all have this desire and need for identity that’s defines who we are and what we do with our lives. A lot of this is taught through school, it is influenced by peers, and it is defined by media and our culture and upbringing. Some of us have such a strong need for identity that we join groups whether it be clubs, gangs, or social functions. Perhaps we are part of the Girl or Boy Scouts. We formulate cliques and are part of a fraternity or sorority in order to appease or need to belong or what others desire of us. The formation of a young mind’s character during the formative years of one’s life is critical and indelibly written into our personality.

How we act, treat other people and interact with people of same or opposite genders, race, personality types, disabilities, and social class and contructs, political views and religions come from our formation and confidence in ourselves and our identity. The age old question of nature versus nurture debates whether our fate is written in stone deep in our DNA and creates our thought and behavior pattern or whether we can learn patterns of behavior from our surroundings. And it is not a completely polar situation. Not everything in the world is black or white as people want them to be. Just as in comic books there are often good guys and bad guys that are clearly delineated, it’s not really that way in the world. We grow up thinking that it’s always Superman fighting Doomsday or Spider-man versus Venom. But in the real world where even civil discourse and debate on basic things like healthcare, and safety and funding can get muddy real fast, there are no real winners because someone wins, someone loses a bit. But it’s never completely a win-win or win-lose or lose-lose situation. Again life was not made in black in white and even in legal matters there is debate about what to enact and code into law. And people also forget that in certain times that certain things that were previously thought to be one way have gradually been seen as socially acceptable over time. If you lived 100 or 200 years ago something that you couldn’t do might be seen as perfectly okay and that’s because life is based on perception and much on opinion and societal acceptance. Even fashion has evolved. An example is hat styles for men or fashion faux pas involving certain shoes even. What may be fashionable today or seen as in style in many areas of life may not be seen as cool or in vogue tomorrow. And so what do you do? Do you continually change and evolve or placate or evolve to what society’s whims are? Or do you stand back or stand your ground and state your identity as you are?

As I’ve grown up and the years have evolved I can see that things in the 90’s compared to the Internet boom and social media and the evolution of computer and media I see that society has changed immensely. I think we as society are starting to evolve and grow up and realize acceptance and become smarter. Without the Internet and social media and our cellphones and constant data and news and noise and updates I think we would still be in our naive ways of thinking. And many of us still are and have not evolved as a result. But those that are connected and have the ability to discern and learn, or digest the world around them, the tech revolution, and fully accept the renaissance of connectivity realize that we are in a digital age where we are more than ever a globally connected society. Robots, technology, meetups, festivals, information at fingertips and entertainment and the ability to look up nostalgia and songs have been made all possible by our ingenuity of the Internet but ultimately to belong.

In the 90’s many of us just remember Jerry Yang and his Yahoo search engine and his newsgroups. Many of us were in AOL chats and Usenet in those bygone days. In the early days before Facebook and Google Chats and Skype many of us spent hours on AOL Instant Messenger (AIM) until it finally discontinued its AIM application on December 15, 2017 according to Wikipedia. In college I remember that all my dorm mates were using it to keep in touch with their friends across campus and down the hall and there was that familiar creaking door sound when one of your friends came on that made you look to see who came on. There was Yahoo Messenger for people that wanted to talk to random strangers and Microsoft Comic Chat. And these were really advance and fun and we loved them because they became our identity and community and we found people that were neat or new and sometimes even had similar interest that we could connect on similar interests and say “Hey, this is someone that likes what I like.” They had similar interests and in essence reinforced our identities as well. Those were the innocent early ages of Internet infancy and also before Google or Bing came out.

Much has changed with the evolution toward MySpace type platforms and then behemoth web applications from Facebook and Google and so much of our online identity is now swept up, connected and shared and viralized and spread around. Not only from a security standpoint is it daunting, but also the fact that now there is not only a local identity but there is a cross country identity which is often blurred with the development where you can now ship goods or provide services to someone overseas. You can outsource programs, ship cold ice cream, or even order a taxi all with a few clicks of a button and account signups. You can learn what someone in Asian or Middle East or South America. You can learn what’s cool. You can speak a new language and learn what they do on a day to day basis in school. You can make pen-pals. No longer do we have to subscribe to a local identity based on your coworkers or your peers in school. You don’t have to worry about being part of the chess club or fitting in what’s in your neighborhood. There are Meetup apps and social clubs you can find and connect with and community activities that used to post on physical bulletin boards at libraries and grocery stores or that you would hear by word of mouth. And now, bam! with a Facebook search their group meetings and club details appear in the ad bars on the side and you can find someone that’s interested in things from Salsa Dancing and Meringue, to horseback riding, to hiking and rowing, to quite possibly even yodeling or puppetry and comic books or whatever odd interests you might have. There is likely to be a fencing club, or even people that like to eat and dine out.

Thanks to the Internet and the ability to engage we are really smarter and more connected. People are hustling and starting to take back control and harness their creativity. They don’t have to rely on big broadcast media to show others their interests and dictate what we digest as “truths”. With YouTube and Facebook Live and streaming media and Instagram we have the power to tell others what we want and how we want the world to see us and who we want to become. We can decide the message we want others to hear in our community and not let it be all about noise and bickering. We can now broadcast love and inspiration, good health and wealth making pursuits to help others in their life and endeavors to help accomplish dreams.

A lot of programs are out there like Big Brother’s, Big Sisters and mentoring programs. I wish when I was growing up I had the resources and great mentors and inspirational messages that are now flooding the airwaves. There are people starting movements and giving voice to more equality for many areas and it is a very optimistic feel. We have to remember that life is not static and continuously subject to change. What worked before could continue to work, but sometimes what worked before has to adapt or change. And when we grow up what used to work, doesn’t always work for us any more. The change is painful. That’s why they call it growing pains. But we come out better in this metamorphosis to something that may not represent what we had before. We shouldn’t forget the past but learn from it and use it always as a learning experience for a better future.

I’ve seen our city evolve. Our city has gone from places with a bad reputation and not so good places to a much more connected, caring town. Has our town evolved? Have I evolved, or are people just smarter, older, a bit wiser and generally more accepting? I don’t know about you because I don’t know what is being taught with kids, but I’d like to believe that all this information has made our kids more aware of what our past was so that the future will be better. I’m proud of our city, our town and where I live because it’s beautiful. We have summer festivals and food and we come together as a community. We have places to meetup and ice cream socials. We have business entrepreneur classes and meetups. We can go in freely in and out of restaurants and not be seen as odd outsiders. And we have an amazing theater, film and arts culture community and museum center and zoo. We may not be the biggest in the area. But it’s our own and ours to share with everyone. And though we may not have a lot of foods out there that are famous, we do have some decent barbecue and a sports parade all our own. We’ve come a long way and we have much more to go.
I love our town and it is someplace nice I’d be proud to raise a family in or be part of one.

Whether you’re in Milwaukee, or Phoenix, New Orleans, or Boston every place has its own little quirks and kinks. But there’s something that’s truly great about your place, your town, city, or country. Be happy that you’re where you are now. If not, then move. But take pride and joy and take care of your town. It’s where you live and call home.