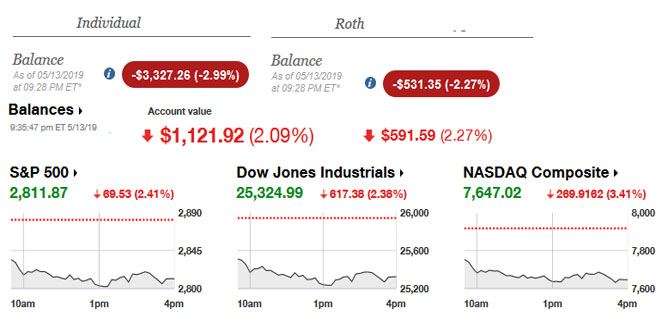 There has been a financial revolution currently happening in cyberspace that people unfortunately are not completely aware of. Ever since 2008 since the financial crisis and people have been talking about monetary policy, interest rates, tariffs and taxes. They’ve talked about Brexit and Greek bank problems and other currencies that have had problems.

When we started this site in mind we had in the back of our mind that most people are operating in the dark. That they are too caught up in the daily grind and feeding their families, worried about what the boss or office politics and “noise” that’s broadcast day in and day out. Just because you hear about it and it makes for entertainment doesn’t mean it makes your life any better and makes you any richer or financially better. Most people have the sentiment that they work harder and harder just to get poorer and poorer or more into debt because they feed into the system that they have to buy fancier items, keep up with the Jones and operate on credit and borrow from Peter to pay Paul. And from hearing from people, customers and just witnessing other’s struggles they struggle just to make a living because that’s how they were taught and “that’s just how it is”. They feed into a never ending rat race where they are squeezing every ounce they can to bleed a dry turnip. And that no matter how much they try to win they feel like they are losing.

Life does not have to be that way. People are living beyond what they need to be spending and expending on frivolity. What do they do with their money? The eat it, they smoke it, they drink it all away. They spend it on new and shiny toys and don’t take time to make do or repair with they have and live simply.

But you know what? When the 2008 financial crisis and many people went broke, their wallets were cinched and they did a double take as if they were a boxer awoke from getting punched in the face the first time, they realized that the system is slightly rigged for people to that don’t know how to play the game and learn and get smarter.

Millennials, people that have the internet and a basic education are smart enough that they do what they can to get knowledge as quick and as fast as they can. The future of warfare is an acquisition of knowledge and not so much conventional bombs and tanks. That’s already been maxed out with weapons that could destroy the world over. Instead it’s a class warfare going on that pits the rich, the poor and educated and uneducated. That’s why the smart people want their kids to go to college so badly to learn and compete and not fall behind and not be left out or ostracized as being left behind in ancient times was the difference between surviving and starvation.

How is this generation doing better than our parents and forefathers and how are they doing worse?

How does that impact you? Well remember that every day that you are caught up in “woe is me” and political noise and back and forth of social media wars is a day of less information devoted to developing your self, your business strategies, and learning a new trade. Occasionally you need to stay abreast of the news, but most days there’s a lot of noise, running in place and static that just muddies your life. When you go to work and interact with coworkers or talk to people, remember a few things…

You have to realize that every day they talk about horrific happenings in the news or talking points boasting that this person is better than that or this person did what to whom and none of that matters when all you want to do is pursue your life goals, or creative pursuits or put food on the table to feed your family. There are bigger things in the world than minute details and gossipy headlines. And often that’s because of how our upbringing is because we worry about what we were raised to care about and often need a moment to step back and ask questions. Challenge why we think the thoughts we do in the world and why isn’t it that they teach balancing bills, or how to pay rent, or buy and invest in a retirement? But why is it more important to learn about angles of triangles or read about certain literature about creatures of the night when you’re not going to use that after you graduate for most people. The systems need an overhaul.

And speaking of overhaul. Right now our systems are on the cusp of new standards, Web 3.0 and digital currency, and automated driving cars that you can sit in and make out with your significant other with no hands, and automatic drone technologies. And people are barely aware of it except the young and the millennials hooked to technology. With all due respect some of the older generation are quite good at stock picking and making millions but occasionally miss a good hot tech idea or investment because they think it’s too risky or are not educated on it enough. You have to bone up on it, do your own research and learn because they will not teach you this in school. Erik Finman got very lucky on some digital assets he purchased a long time ago. Many people also are starting to get into the digital space and if you had bought companies in the FAANG for instance they would have done quite well after 10 years.

Today the stock market Dow dropped 617.38 points and many other indexes followed suit. As you can see in the graphics above it was a pretty bad day of losses. But the sun always rises and tomorrow is another day. On the crypto side the prices have been starting to rise very fast and it is definitely something you should be watching if you’re smart and savvy.

Microsoft is getting into Blockchain identity technology as well as eBay and Wholefoods per a web search and there are side applications that allow interaction with these companies. There are many opportunities out there and one of the bigger virtual currencies out there is starting to breach eight thousand in price again with many currencies in the green.

Don’t be left on the sidelines and spinning in the rat race. Use technology, internet, books to learn. But learn the good stuff. Not the b.s. Not the junk they throw out that’s babble. DYOR. Don’t let fear and uncertainty and doubt prevent you from getting in and trying to take advantage of the opportunities out there as well as this is one of the few times you may be able to get good ripe conditions like this again.