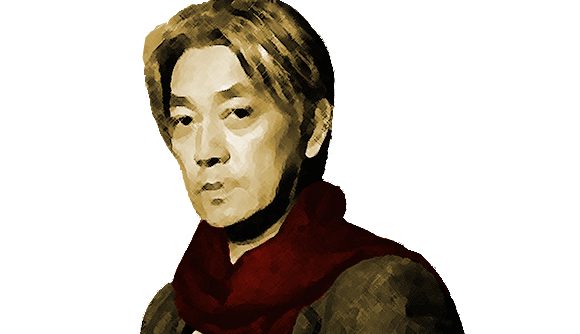 Today, I’m writing about Mr. Sakamoto. This man is worthy of a like and a follow because he has been an amazing arts contributor to the creative arts scene and mainly the music world. Mr. Sakamoto is gifted with the talents and skills of being a singer, songwriter, composer and actor. One of his most renown film-scores ever created was his “Merry Christmas, Me. Lawrence” which was created in 1983 and showed his prowess not just as a film-score soundtrack composer but also an actor. The soundtrack was so good it was later adapted into the international single hit “Forbidden Colours” which had collaborative efforts also with David Sylvian. I have personally listened to both and can attest the soundtrack and scores and mood are legendary. The melody is powerful and memorable and unforgettable. This 1983 film had him starring as Captain Yonoi and acting alongside David Bowie and he had fond memories of the time acting. He has also collaborated with David Byrne and Iggy Pop. He won a BAFTA Award for that also also so many amazing awards for The Last Emperor include Academy Award for Best Original Score and Golden Globe Awards.

Mr. Sakamoto also was part of the band Yellow Magic Orchestra and contributed significantly to the electronic fusion and hip hop scene with the first major success being the Thousand Knives album. He had amazing success with creating the film score for The Last Emperor of 1987 and also Little Buddha of 1993 and The Revenant of 2015. Later he also worked on a solo album called B-2 Unit which also had heavy early electro sounds.

And he has also contributed to anime and video games. Mr. Sakamoto normally uses keyboard and synthesizers and voices and experiments with pop, world, classical and ambient sounds. His formal training in music is from the Tokyo National University of Fine Arts and Music and he has studies world music and ethnic music around the world with particular emphasis toward Asian, Indian and African leanings.

He has described himself as heavily influenced also by Claude Debussy who of course created the ever popular “Clair de Lune”.

Later he created a few albums such as Smooch, 1986 and Discord as well as Live in Tokyo, A Day in New York.

Recently he has helped as a judge for a film festive and also with other visual artists.

Other recognized works include the score for Royal Space Force.

Mr. Sakmoto has been also an activist against nuclear proliferation and nuclear technology. And he has certain copyright laws.

Mr. Sakamoto was married and with children.

If you get a chance, find his music and listen to some of it when you’re all by yourself and it will transport you away guaranteed.

Thank you for bringing us amazing film scores and music and contributing to the art world.