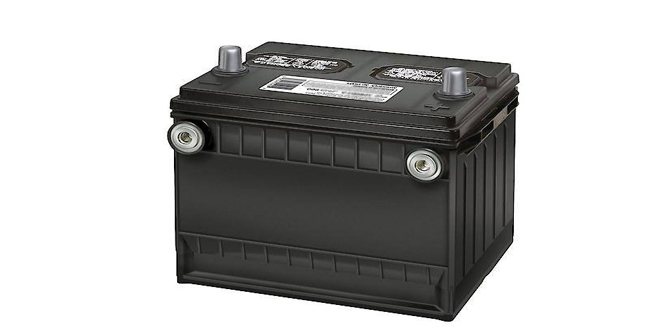 Have you checked you car battery lately?
Friday May 24, 2019

The other day a relative reminded me it might be a good time to get my motor oil changed in my automobile and I didn’t realize it has been quite some time since I’ve done that, almost six months had elapsed since winter. Many places say newer vehicles can go up to five thousand (5,000) miles between oil changes in normal driving conditions but only up to three thousand (3,000) in severe driving conditions which can wreak havoc on your vehicle externally and internally.

I took it into a quick oil change place and have been to many different shops to get oil changed. I’ve had relatives do a favor for me, I’ve taken it into the dealer for about $45 and other third party mechanics as well. And then I’ve also taken it into a quickie shop which I’m always antsy about because I feel they’re gonna do such a fast job that they neglect something and I end up getting scalped on money and pricing. One time I went some place and a few weeks my tires were starting to deflate. Might be a coincidence? And the prices seemed more pricier also than what I was accustomed but they often do offer coupons. And they seem to always be in a rush or in my opinion not wanting to change certain things like the air filter which I’m a stickler on for some reason.

Anyways I was told as they were finishing up that my battery levels were low which surprised me and so I said I would go check it out somewhere. And surprise surprise my windows started not being able to roll up and my windshield wipers were not working properly after they “fixed” my car with the oil change. Always something.

So I’m going to take it in to get my battery checked out. I’m thinking of a Walmart or an Autozone which probably won’t run me over $70 to $150 I believe. After checking out the Internet I got results that Duralast, Diehard, EverStart are some good brands to consider. And most batteries only last between three to five years. It’s been a while since I’ve checked my car maintenance log but was taught when I was younger to keep a little logbook and a pen in your car or glove compartment to log all your repairs, maintenance and car work done on your vehicle, the date of maintenance, and odometer reading when it was done.

It’s a good idea to check your vehicle periodically for voltage although most car and maintenance shops do a good idea to give you some idea of where you battery is headed. But sometimes it’s also good to have a few back up supplies in your car including jumpers and an emergency battery starter.

To check your battery you have to open the hood to your vehicle and attach a voltmeter. The black probing clamp goes to the black probe and then the red probe goes to the positive terminal. Any reading that is too low requires a new battery.

I’m hoping to get it done early. The Walmart near us opens at 9am but the Autozone opens at 7AM so I may be able to get a jump on the day. But will see what I feel like in the morning.

When shopping here are a few things to look for: