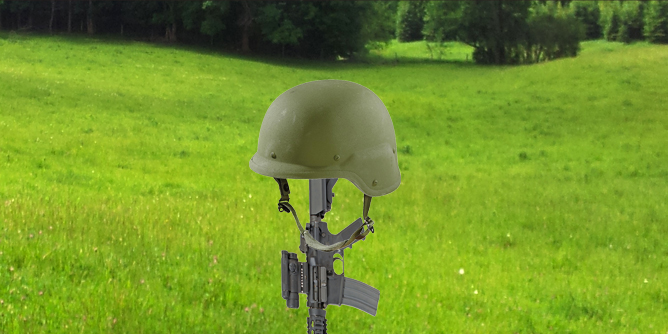 We like to showcase inspirational people, human interest stories and technology and finance on our site, but also give people a glimpse of history and what they are capable before. As a millennial we often try to go our own way and think that we have a lot of know-how with our smart phones and our laptop and tablets and other devices but we sometimes need a glimpse of the people and the history that came before it. If you’ve ever watched an episode of Batman Beyond you see Terry McGinnis trying to make his way and fit into the mantle of Batman but also usher in a new age of crime fighting and heroism. He’s smart, he’s computer savvy, and also quick thinking on his feet and also has a high level of determination, but he still has to take advice and often needs help or to rely on the original Batman, aka Bruce Wayne. And so just like most of us we look up to people like Steve Jobs for instance as a person to emulate and Mark Zuckerberg took to try to emulate him as well as several other CEO’s. Some successful and some not as much.

One point in history was made on June 6, 1944. On this day in 2019 we look back 75 years ago to the beaches of Normandy in France where Operation Neptune or D-Day as it was called happened during World War II. Why was it of great significance? It was one of the largest military and sea operations in history to liberate France on the part of the Allies. This mission started being planned at least a year in advance and the Allies had conducted several other operations beforehand to misdirect and mislead enemies where a full scale operation was to happen. Not only that but the weather was not exactly perfect. Originally the date was set to be the 5th of June but they had to postpone due to weather for 24 hours and anything further would have delayed it another weeks due to the need for the moon to be out and the tides to be just right. Many things had to happen such as inadequacy on the part of the enemy for strategy, landing and weather. Of course visibility was a factor and height of tide levels. However Eisenhower ordered it to have the go ahead and begin the operations. Any further delay would likely cause detection on the enemy’s part of the operations.

The landing of British, Canadian and US troops began following midnight with aerial and naval assaults beforehand and five split sections of coastal landings. These were code named Utah, Omaha, Juno, Gold and Sword with largest casualties at Omaha. It wasn’t till many weeks later when the Allies had a solid foothold reclaiming and wrestling back control of France. D-Day was actually just one part of several operations to get back control of the entire continent. The Allies however had superior firepower on the part of naval weaponry and air strategy. Much of this success was due to sleight of hand and misdirection in part of communications to prevent plans of the operations from being leaked. Something, these days with news and media all over would likely be next to impossible including satellite reconnaissance.

The enemy had predicted correctly and had the foresight to realize that that area of the coastline could be a weak point and placed and constructed many fortifications, booby traps and obstacles to stop and impede infantry.

Also there were missions of sabotage by the Allies to include French Resistance to help block enemy reinforcements, travel systems, and communications while hiding the fact with hidden covert messages which were hidden among innocuous messages in poetry and radio transmissions that became a bit more noticeable around the invasion day. But many of these were ignored due to previous false information and false flags. Communication systems and radar systems were destroyed on the enemy side to prevent relaying for further back up and causing further confusion and delays.

Of course many thousands of lives were lost. It took steady supplies and reinforcements and bombardment and persistence to gain ground on the beaches. According to Wikipedia around 160,000 troops crossed the English Channel and a little under a million had gone in by June. While Allies had lost around 4000 the enemy had lost only 1000.

How was this operation successful?

This war effort has many casualties and memorials standing side by side flanked across the countryside to memorialize those so we don’t forget their efforts to ensure peace for future generations.

On this day we also remember some of the other people that helped in the war effort. For example the Women Accepted for Volunteer Emergency Service program or WAVES were a small group of women that served as nurses and secretaries in the Navy. They however also did other jobs as the war effort increased to include mechanics, photographers and intelligence. Eventually the law allowed more women to permanently join other branches of military and the volunteer status stopped and the became full fledged military members.

We also remember some of the local war efforts such as NCR from Dayton for their role in helping to decrypt the Enigma machine and create duplicate devices. Originally there was a large scale effort at Bletchley Park in the UK which was actually a mansion and it was the site of Britsh codebreakers that was a heavily guarded secret. They also had a British Government Code and Cypher School which helped decrypt and discover ciphers from Enigma and the Lorenz ciphers. One of the most famous individuals included Alan Turing who is know for the Turing complete test. Without these efforts the war would have raged possibly up to another four years. Not only was Bletchley Park able to create these automatic decryption machines but it also created the first programmable digital electronic computer called Colossus. Colossus used a system of vacuum tubes and switches and plugs.

However the Enigma machine was the machine that was first used to obfuscate message transmissions so that the Allies could not read intercepted messages. This machine used a system of various rotors to switch and replace letters using key presses. It used electric circuits, rotors, wiring and lights.
Ultimately the device that decoded the messages was not the Colossus but a British developed machine called a Bombe. There was a constant struggle to stay ahead in technology and sometimes an additional rotor that was added caused decryption to not work any more.

Without mathematicians, inventors, WAVES (Navy Women volunteers) helping to build decryption machines that often were massive and heavy devices, the war effort would have lasted much longer and many more lives could have been lost. On the British side there were cryptanalysts or operators known as Wrens after the name Women’s Royal Naval Service.

After the war effort many of these secret machines and documents and plans for what they were about and for were unfortunately destroyed or decommissioned as per orders and possibly setting back some development for future computer development or just lost in history. Fortunately some items are still in museums. Fortunately many of the original team were able to reconstruct using blueprints, engineer notebooks, and original design specifications.

The Lorenz machine is a little less know but a rotor stream cipher machine also that greatly aided in decryption of messages. It was a type of teleprinter. Without some of these early machines we would never have had a Mark II or ENIAC which was the first electronic general purpose computer.

Fast forward today, millennials, people, and just everyday people in general. I’m typing on a Thinkpad and using my cellphone to talk and communicate but had a lot of these events in world history not happened we would never have gotten and flash forwarded to the type of invention that we probably have today. A lot of military applications and war efforts accelerated need and was the mother of invention.

And then today we had Steve Jobs and Bill Gates. And now we have the Zuckerbergs, the Jack Dorseys and the Web and DARPA. We have micro SIM cards and nano SIM cards and micro SD’s and self driving cars.

It is quite amazing what has happened in 75 years.