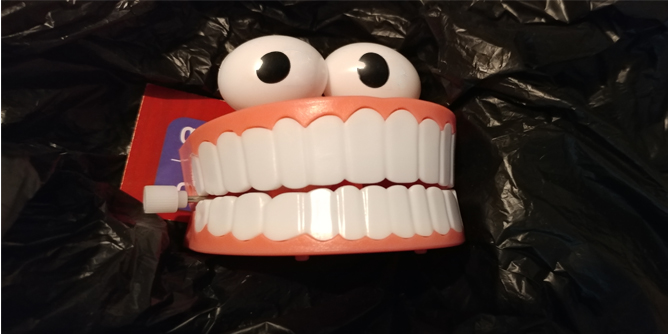 Why it’s so important to brush your teeth

It is so very important to brush your teeth everyday. If you don’t brush your teeth everyday you’re going to have cavities and gingivitis and plaque. Have you ever had swollen gums or aching teeth? It really does hurt quite a lot. Ever since we were little we were raised to avoid certain things like sugar, pop, candies. And it is no wonder that we have to avoid such things because they do actually increase the acidity of our mouth’s saliva and also certain bacteria. As we get older there are a couple of basic truths that have been established by science overtime to try to
mitigate the incidence of tooth decay, gum disease, periodontitis, and other tooth related ailments. You may be familiar with some of these as a child or getting some instruction from a teacher when you were young.

Here are some of the most basic things that you can do to make your teeth last longer and have a better mouth experience.

1) Brush your teeth everyday and do so at least twice a day if possible. This is because you eat a lot of foods every single day and a lot of things are clogging up and sticking to your teeth and the inside of your gums.
So it’s important to cleanse your porcelain pearly whites every single day that you can so that there’s nothing that forms. The daily food particles, natural bacteria, and saliva form a type of biofilm in your mouth and your pH level of your mouth can change over time. Quite often just drinking something like coffee tends to stain your teeth brown and leave a residue. Just as you would cleanse your bathtub and your toilet, it’s also a good idea to periodically do that especially since it’s a warm, moist habitat with conditions ripe for cavity causing bacterial germs to flourish inside your mouth.

2) Floss at least once a day. It’s a good idea to also floss daily because if you don’t there will be things that get stuck between your teeth such as corn and chicken and other things such as crackers and celery for instance so if you’re not doing a bit of flossing everyday then you’re going to end up with sore bloody gums in unhealthy conditions between your teeth so it’s a good idea to make sure you do flossing as often as possible. But you might ask for instance “well flossing doesn’t feel good” for example. Well if you’re not doing it daily then of course it’s going to hurt. It’s just like any other muscle, if you’re not strengthening your muscles every single day or as often as you can then you’re going to have weak gums and weak skin structure. It is actually quite possible to floss everyday. You just have to make it a habit. Daily diligence to flossing is very important. Make sure when you are flossing that you’re not pressing too hard but you also are going up and down and basically it’s like you are washing your back with a towel.

4) It’s a good idea to try to get some kind of a tooth kit that has a
reflective mirror and a sulcus scraper or gum stimulator and also a tongue scraper. This helps detect sore spots, stimulate and strength weak points and also scrapes a bit of the debris away.

5) Consider getting a WaterPik device or equivalent in order to spray your mouth and keep your gums also nice and healthy, as well as, to clear any kind of stray debris in between your teeth because sometimes like we said before there might be straight particles and celery and chocolate chip cookies and other things that get stuck in between your teeth. And with a WaterPik it uses quite a bit of pressurized force on a focused location in order to force out any stray debris. It’s kind of like a pressure washer for your mouth. It doesn’t have to be expensive as there
are clones or similar that you can fill with water and it sprays a jetstream of water from the canister. Consider getting one that’s rechargeable and has different pressure levels with a decent tank to store the water.

7) You may want to want to consider a type of mouthwash that contains some kind of antiseptic such as Listerine. It may be the alcohol kind or the naturals kind or something similar which doesn’t necessarily have to have the alcohol. For example I think there is a Crest line of mouthwash that uses Cetylpyridinium chloride. It might be a good idea to make sure that you periodically use it for maintenance as well. In some cases there other types of mouthwash and which are Xylitol based which can be also good when reacting with fluoride as it tends to support the crystalline dental structure. Also other natural based washes are available but the ones that are quite effective for reducing swelling and other issues within the mouth need to be antiseptic. And another wash that can be helpful for promoting strong teeth might be an acidulated phosphate fluoride rinse for some people.

8) it is a good idea to also reduce the amount of acid in your mouth such as from pickles, soda pop, candy, sticky food items and candy, orange juices and acidic fruits. These things overtime can accumulate on the surface of your teeth and also get lodged within your gums. There’s a slight area between your gums called the new sulcus that tends to have accumulations in deposits of stray debris saliva pH balance that with foods like milk with support calcium in an environment that helps build your teeth.

9) And speaking of milk products if you are able to eat certain things such as gouda and brie and drink some milk once a day this will help support the calcium-based environment in your mouth to prevent in your gums from having problems. There’s a recommendation that often milk products need to have some vitamin D to supplement or complement it in order for it to be absorbed by the body so make sure to get something that will have in your diet. For some people with maybe a little bit of sun or also some liver such as cod liver oil for example just be aware that calcium and vitamin D levels also need to be at a good level for health reasons.

10) Make sure you eat the right foods that also don’t put too much pressure impact on your mouth. Example you don’t want to eat a lot of corn chips and popcorn and hard wheat foods for most of your eating assumption part of your life because it is very harsh on your teeth. If you eat a lot of Gobstoppers and hard food in certain foods that Leach way calcium from your body then you’re going to have problems eventually. For example a lot of people like to eat really hard pretzels and that’s not good a lot of people like to eat very hard granola bars and Shredded Wheat that gets lodged into those areas and other very tiny particles that will get lodged in between your teeth and such and so it’s a very good idea when you eating things to make sure it gets washed up and can easily be scraped out with a toothbrush or something like that. Consider chewing some gum after meals that are Xylitol based also.

These are just a few common sense tips to help remind people to take care of their oral health.