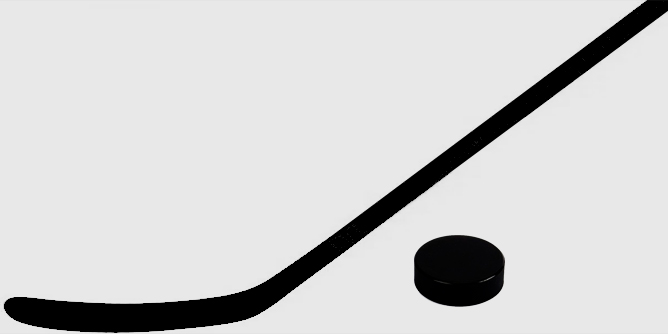 Nowadays most millennials spend a lot of time on their phones and this is probably true of many other age groups. The fact is that there are memes and social commentary of people looking at their phone all the time is a testament to how world changing the smart phone has been in people’s lives. Whereas in previous generations it was considered rude to be on their phone, people are basically hooked and addicted to their devices all the time. They can use it as a calculator and measuring device, music player. Or as Steve Jobs once put it but paraphrased, it’s a music player, a phone, and instant access to the Internet and World Wide Web. Things have come a long way and we also get live news feeds, stock quotes, and the latest alerts on our phone.

Over the weekend I had been checking out various news sites and researching and doing reconnaissance on some of the most interesting and relevant news out there on the web, scouring for interesting articles or videos. Most of my daily habit is spent checking at least three to seven news sources daily and every two hours. Sometimes checking on it on breaks, lunches, and also on bus commutes. I find that a lot of the latest news can be found on Twitter now much faster than I can get from traditional media or news. Although the news does a nice job at trying to pull in various sources and add another angle. I think most people can agree that they check various news sites and different places now to get the inside scoop. Has media and news and social media adapted to us or is it the other way around and we adapted our viewing habits to the Internet and YouTube and apps? Good question to ask for the psychologists and sociologists.

A few items were noteworthy which we will point out and highlight over the course of the week. Of course some include the Facebook foray into monetary offerings, but that’s a separate article. And also what is going on in terms of civil unrest in various parts of the world will possibly be discussed.

But the interesting thing that really captured our imagination and thought was the idea of a robot that might fight back if it was provoked enough and if a programmer would put that into a robot. This raises some questions.

These are just a few questions but there are obviously many more. The video can be found on YouTube itself or even in recent articles on CNN, Business Insider, Boston Globe and Digg if you simply look for words like “robots fight back” or “Boston Dynamics robots fight back”. A little background is in order though. As featured also on our site, we’ve known about this high tech company and it’s been our conscious for some period of time when it came out with some of the first highly realistic robots that moved in amazingly realistic ways that were similar to what a real animal might move. And they created a robotic dog or bull-like mechanized bot or mech as I might want to call it. They have a very realistic humanoid robot that can walk, do back flips, and also have these mech animals scurry or go up hills. So this is amazing enough and also quite neat and had we not seen it with our own eyes on YouTube we would never have known this technology to exist. They were even featured on a PBS special showing amazing ability to balance and are in large part being considered for military use to help transport heavy equipment.

Here is the part that caused ire for many people as they learned more about the robots. In order for them to demonstrate the ability to balance and reorienting themselves it showed in some of the video lab assistants or video demonstrators forceably kicking, pushing them with sticks or trying their best to get these mechs off balance. Although granted it is understandable that there has to be some way to test them on unpredictable situations like ice, uneven ground or assailants, some people that viewed these videos were horrified or disturbed or empathetic to the plight of these robots who they identified with. And with them being humanoid are sympathetic enough to wonder if they are like us and if imbued with sentience or awareness would view this as an attack. Think Pepe Le Pew having this irresistible identity fixation on the unfortunate female black cat with a white stripe across her back. Perhaps Boston Dynamics might have used sandbags or something else on the video. But there’s no easy way to do this and likely had to be done to improve the robots.

Now like many others we are avid sci-fi lovers, tech geeks, nerds, and aspire to rock the world like Steve Jobs and even find the Zuckerberg lore and all things internet and computers fascinating. For those lucky enough you may have even watched Comedy Central’s Battle Bots, or some Voltron, Transformers, or other depictions of robots and we as humans always have interest in other humanoids to determine our place in the food chain as it is driven by ego to see if we are superior to others such as chimps and the great apes. So we will always seek to emulate. After all the saying is that imitation is the sincerest form of flattery and so we flatter our egos by trying to create the purest form of ourselves for our own pleasure using our technological mastery and prowess.

In Corridor or CorridorDigital’s video which is entitled: Boston Dynamics: New Robots Now Fight Back we obviously see a parody although even we were a bit fooled at first by how realistic it was. And that goes to show how far CGI, motion graphics, and special tracking suits have come. Their site also shows before and afters side by side as well as a debriefing on how they make the videos using lengthy work with modeling software such as Cinema 4D. We found this quite amazing as some of our staff are avid 3D modeling enthusiasts as well. You can see a lot of these 3D techniques and such in modern movies such as Marvel and action movies which keep getting better and better as more studios have the budgets to hire 50 or more CGI and talented graphics artists as well as have them work on them full time and have complete network render farms for creating massive video for film. With the latest processors such as Xeons, Cuda enabled GPUs and other hardware (most of which likely are Intel based although Ryzen and AMD are trying to get into the mix) you see amazing tech feats on 4K and 3D and maybe 8K in the near future.

Also be sure to check out Boston Dynamic Fake Robots: VFX Before and After Reveal. You can tell the video is fake because it gets “funny” or “absurd” you can sense and later on you see the green screen and machine suit. And check out How We Faked Boston Dynamics Robot. We just think their video is quite neat and deserves more views and commentary and they obviously spent a lot of time working on their video and deserve a look into what technology can do in every sense of the word.