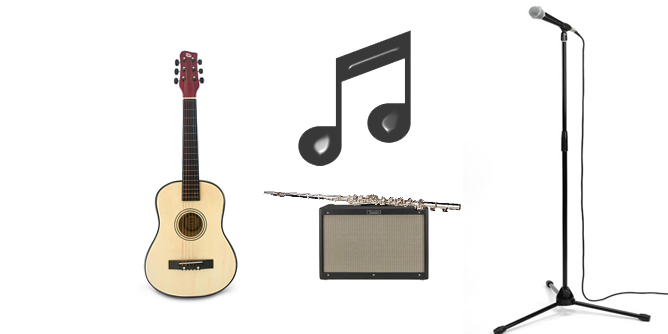 What is it about music that communicates so deeply to someone that it can bring a person who stutters to perfect speaking, can bring someone out of their shell or have someone’s hair stand on end enough that they get goosebumps and have to look around?

It has been said that music soothes the savage beast but also is such that it can excite, enrage, inspire and spook someone. It can make someone recall a memory many years later.

For some people with health issues or disability it has been shown to improve health in certain ways including motor capabilities and dealing with physical health but so help be more socially and spatially aware. Also help be be able to adapt and improvise.

It has also been shown that those with special needs can display an improved outlook on life in terms emotional and mental health but it can also help in timing. Various studies have also shown that individuals can take up certain activities such as brain work and creating their own songs and rhythms. Doing this can also have a much professed affect on a person’s rate of anxiety as well as give them a skill.

This can be influential on people that have certain diagnosed disorders including mood disorders, anxiety problems and schizophrenia. With music therapy if a person is feeling agitated it can have them reset to a point of zero or have a reduction in their stress dependent symptoms.

There are usually two kinds of these. Some involve active involvement such as music recreation via singing or playing with an instruments.

Then there is also a receptive kind where a person is simply listening to music. This can also reduce pain levels for certain people and help people them learn to cope with conditions.

Both therapies have shown to be popular and it was due to a few observations in the mid 1900’s and other case studies to show it effectiveness for those with autism and cognitive issues. In the 50’s and 60’s there were also studies that came out under a Professor of Music, Paul Nordoff of Music that handicapped children could benefit from this kind of therapy. Other important people included Gertrude Off, Helen Linquist Bonny who developed methods to aid those with developmental delays. This can also affect adolescent individuals and help with confidence, empathy, and empathy. It can improve blood pressure and also parent bonding for younger children. For older individuals there was a suggestion that it improved and allowed schizophrenic patients to be not as aggressive.

Music in many parts of the world is used for relaxation, rituals, and entertainment and also thought to having healing abilities. It has also shown to help people cope that are suffering from PTSD.

Music has the ability to stimulate both the left and right hemispheres of the brain as well. And though some people have thought that listening to classical music may help with IQ to wit, it actually improves the ability to self express.

Recently we went on a shopping excursion and were stopped in our tracks as a song came on over the PA speaker and we had to do a Shazam to find the song. It had haunting melodies and soothing sounds it seemed and also some guitar melody. Later when we found the song though and listened to related play lists of the song and the band though. After listening to some of the songs, it stirred up memories and was quite overwhelming. Thus a person could be elated, energized, or made forlorn and sad from recurring experiences. This is an interesting field topic and surely requires further research and attention.

It is recommended to also be diligent and careful as to what music and sounds you listen to as some songs have hidden messages and people can have whole entire moods triggered and affected simply by a few songs or a music video. If you are a person that frequents YouTube be aware of this highly influential effect and beware of what affect it has on you as well as other media. If you all of sudden find changes and mood and sudden swings and changes in behavior then you may want to be careful about what books, media, news and music you allow to infiltrate into your mind and psyche.