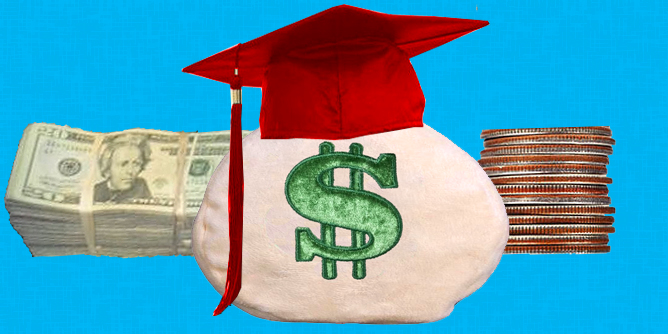 Note: This article is for mainly for U.S. residents who are attending college or who have attended college.

I was talking to a coworkers the other day and was surprised a few were considering retiring early in a few years when it didn’t sound like they had amassed enough in their 401k and retirement and were considering taking on additional debt such as mortgages and were already saddled in debt with multiple credit cards.

This is a culturally ingrained habit. In Western cultures there is much emphasis on consumerism: buy this, eat this, watch this and if you get in trouble the government is there to bail you out or someone is there to help you. A recent article about kids and marshmallows called the Stanford marshmallow test (which may or may not have been debunked) seems to suggest that kids and therefore adults later in life learn a delay in gratification depending on how they are brought up (a nature versus nurture thing). And whereby if a person is accustomed to scarcity they may take instant gratification and eat the marshmallow rather than if they are given a chance to double the amount of marshmallows if they wait a few minutes. While supposedly those that are accustomed to an abundance mindset and upbringing can hold on a few minutes to get a better outcome.

The current culture especially around the holidays in the States is that you must consume and purchase and feed the economic wheel to be happy and a participating social group. So you spend on cakes and gifts for birthdays, you spend on Halloween costumes and candy, you spend on turkeys and Black Friday and then come Christmas and New Year’s guess what else you’re going to do? If it starts with “S” and ends with “pend” then you’re probably right.

But you don’t have to literally buy into the hype. Like George Constanza’s dad you can be frugal and still enjoy the holidays. But this isn’t really what this article is about.

When my coworker was talking about her debt and how it would have been wonderful if they had learned about handling debt and money and finance and saving, this person wished they had taken classes and started saving earlier rather than waiting to less than five years from their planned retirement age. I was a bit skeptical but it is this person’s life and maybe they did save enough but for most people delaying retirement might have to be a reality if they don’t have enough saved up.

Now they had one plan under their belt to compromise on a debt for student loans and get it forgiven and cancelled. Although this begs the question why if you can’t pay back your student loans in a timely manner it’s looked more favorably than some other debt like house debt and credit cards. I guess it’s just the nature of society to want to help younger generations out and when you’re older they look as if you should know better and credit card debt is seen as you just not being able to control spending. Who knows?

This person detailed one interesting part about loans that I was not aware of because I had not been a student for a long time and that I had been lucky to have parents saved up and also been studious and gotten grants and scholarships, but for others that were trying to be on equal footing and make it in the world and not as fortunate to have been academically oriented or gifted they struggle to make ends meet.

And that is why I found it interesting when looking at the following site:

However the loans only qualify if they are under the William D. Ford Federal Direct Loan (Direct Loan) Program.

There are other conditions such as whether your payment qualifies and you have to check out the site for more details such as if your loan is in deferment or forbearance. And it says you don’t have to have consecutive 120 qualifying monthly payments and there is a limit to how many payments qualify for the month. The site has more information on how to apply and certify your employment.

Remember to be smart, be informed, and be savvy with your money.