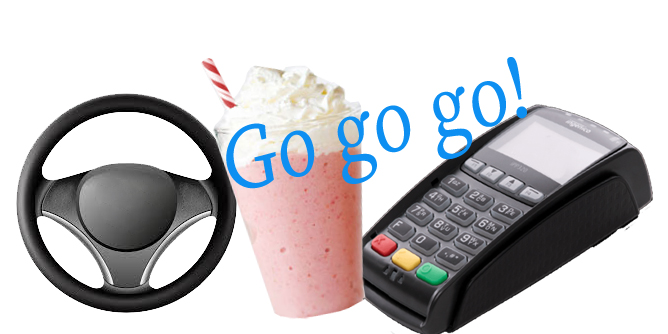 I was fumbling around at lunch during the middle of my workday last week about to eat my pizza and a scarf down a V8 but had talked to a random person and we engaged in some discussion about how ordinary people can be making additional money these days. Although it’s not much maybe a few hundred or thousand there, but it’s definitely something if you want to supplement your income.

It is said that in order to be in the top earners you have to have multiple streams of income. Or as a few social influencers often put it, it’s the concept of “belt and suspenders” meaning if one income stream fails to come through for you then you have another one to tide you over as a backup or failsafe. This concept of multiple streams and multiple redundant backups can be important for everything in life. I remember one time one of my vehicles was about to fail and we had bought a newer vehicle in anticipation of the inevitable failure of vehicle number one. And often now I wish I still had the option as well as other parts of life.

Right now a typical millennial can find work doing various deliveries such as Uber and Lyft for instance. I’ve come across strangers that stuck up a chat and they told me about how it changed a good course of their lives where they can somewhat control their earning potential and give them additional flexibility. They are pleased to point out that all thanks to a little app on the phone and having a car and others in their neighborhood having a need that they can make a little side income, side money. One older gentleman said that he preferred one of the apps for various reasons such as more money or ease of use.

In Europe a few months ago there was a bit of protest and a news radio piece that talked about a lawsuit or protests and a bit of resistance from taxi drivers about the new competition and they talked about regulation, taxes and safety. It was interesting to know that the world is constantly changing all because of the invention of the smartphone, GPS, and internet that helped accelerate a lot of the things a person didn’t otherwise have before. A person now has instant maps, instant navigation and geolocation assistance as well as the ability to look up, get instant payments and transactions and in some case get voice assistance or even translation for foreign customers.

A lady came up to me and told me about how even with delivery now the whole would has been turned upside down with these new delivery options and apps. It was only recently that I had heard of companies like UberEats, DoorDash, GrubHub, and PostMates. There are even companies like InstaCart for grocery delivery and Amazon Flex for delivering packages from Amazon.

I first had heard about these companies but never really tried delivery or ordering online. I always was the type to go into a store or restaurant to pick up and order and never hardly phoned ahead my order. It took whatever time it took to get my packages and get my food. The first time I started to pay attention was probably while watching a YouTube video on super hero epic death battles during their commercial ad plugs which you seem to see a lot lately. Google’s YouTube finally figured out a monetization strategy that seems to get it into the consciousness of people and uses the power of social media, a bit of celebrity bandwagon psychology to also give make people want to get products that their favorite influencers get. I call it the monkey-see-monkey-do effect. Any time you hang around within your social circle you pick up a lot of traits that your peers have. On a side note though, there was an NPR news article that said that people that were social media influencers are helping out big company and retailers by getting the word out, but on the backend the companies have yet to really compensate these people for what they are worth, which is unfortunate and possibly the cause of lawsuits for some.

But back to food. So it seems I hung around two hip ladies that were also progressive and internet savvy and they showed me the advantages of online ordering that I hadn’t know about. One time ordering from Marcos. Another time ordering from a sub sandwich place and one time ordering using a website ahead of time to pick up at a soup location. Another was just for basic fast food and curly fries and ice cream delivery. In all these circumstances I expected something to go wrong or our orders to get messed up or take forever but of the five times I’ve experienced it I never had any issues.

Some advantages I found from ordering online include:

But then some things that did come up included:

The lady I was talked at during my lunch break from earlier lauded praises especially for the UberEats design probably because:

Some things also were noted that sometimes a delivery on certain other apps didn’t have the driver paid ahead of time whereas she said the UberEats app already had it paid and just needed to be picked up and that’s why it was preferable since there was no out of pocket costs and worrying about reimbursement and tips. And also noted was that sometimes there were circumstances where the location was in a weird location that required a driver to have to pay for parking to get to a location. Those were the disadvantages. And a semi-advantage was the ability to set odd hours which could become addictive. And sometimes a person in order to maximize time in the day has to eat on the go.

Lunchtime was over for me, I thanked them for the discussion and headed back to the office and polished off my crackers quickly. But I suggested that they had done so many of these new gig jobs that it might be a neat thing to do a comparison of these services and let other person know their review. ‘You know, that might be a good idea’ she quipped after a pause. After all I thought, there had been a recent new article about a taxi driver news reporter in an Asian country who had given free rides in exchange for local stories about people’s lives. And there are people out there that still read about human interest stories and also about making money.

People are always looking for work, side hustles, another way to make money. A people later that afternoon told me that they had created the start of their own site also and picked someone that was taking their sweet time setting up the site. But for people looking for more workers they can go on Upwork or other talent hiring agencies to find or advertise for work or similar site. I listened to the person and realized the gig economy is alive, healthy and well.

Even with other services like InstaCart or Amazon Flex. These are new services. The local grocery store the other day just even did a revamp of their store so people could come by and do quick 15 minute pickups like other places like Walmart and other places are doing.

And I had my first experience with a non-UPS, non-FedEx driver the other day when a regular joe in their vehicle and safety vest came up to drop a package off and scan it with their phone. It was the first time we had a delivery on a weekend and it shocked even an older relative that everything was changing.

The only thing was returning items was still a bit of a hassle cause you had to print out RMA stickers. You had to find a box or schedule an appointment and if you didn’t have a domestic spouse or someone else there you might have it so easy to get packages. The other thing is not everyone is web savvy or has a computer or smart phone yet amazingly enough. And the other thing is for me it’s just that I can’t feel or see my vegetables and fruit. As a coworker was discussing this the other day on break one day. Sometimes the visit to the store is a way to get exercise, get out of the house, and listen to some elevator music and relax and get away from work and the home. And that to me is the big thing, we get so into delivery and convenience sometimes we forget the simple things like walking to a store, getting in some exercise, and also just having the ability and dine in with your partner or friends and relax or try something new.

I see many great things happening out there though. And for us millennials it really is about choice. You can be picky and buy things in a store or you can do it online. You can price compare and scan with apps or QR codes or find something you like in store and then order a bunch online or have a bit of anonymity online and get it delivered discreetly to your home without anyone really knowing you ordered the giant orange size inflatable pool chair. We are in a great time where everything we want is at the touch of a button or click. We have Amazon to thank for the e-store and books and Dell and Compaq and Gateway originally for the custom computers a few years ago. A lot has changed.

The only other thing is just that so much of our lives and data online that we have to watch our privacy and not lose the sense of community and selves.