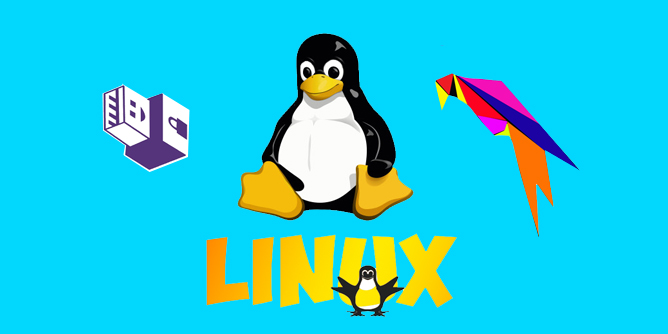 Review of some of the current best Linux Distributions

Right now there are only a few really good live CD distributions that we found to be our favorites right out of the box. Here is a small list in no particular order:

Parrot is great. It has Libre Office and a GParted right out of the box. It uses MATE or a GNOME equivalent. While KDE often has more stuff it can do in many Linux distributions it is sometimes lacking in eye candy in our opinion. KDE often was lacking a few things, a certain “je ne sais quoi” in early distros but GNOME is a bit nicer looking in my opinion since it is more the Macintosh equivalent of things in terms of usability. KDE didn’t let you use the Windows button out of the box easily.

This Parrot OS uses MATE which has the best of both Windows start bar and the Mac taskbar at the top without being too showy with a dock bar at the bottom. Wifi was recognized out of the box and it booted and loaded much faster than in Virtualbox. This distribution works great on USB… While we were not a fan of Etcher due to its sheer file size versus Rufus. Etcher is an utility that you can use to burn/flash ISO images or distributions. However Etcher basically sends anonymous tracking statistics everytime you successfully flash. In fact, both Rufus and Etcher may “phone home” now. Rufus tells you it may connect and you would be allowing it to do so if you allow updates. Even Libre Office is beginning to be distasteful with micro popups and prompts to donate or contribute to the project. No offense, but I want my software to be out of the way and not nagware. But we digress since that’s not really about Parrot OS. However we did find some great security analysis and penetration tools on the 4GB install versus basic every day installation. Both offered some additional neat software that gave us ideas for other chat rooms. For instance, there is a new open decentralized chat room option now we found intriguing.

Tails is probably the most refined in our opinion and works really well out of the box. Although connecting to a Tor type connection may take a few tries it does great once connected. This distribution does great at telling you privacy concerns such as not resizing browser defaults. It helps anonymize some of your data because in this day of advertisers and media and Stuxnet and Facebook selling your data you need privacy. It’s not about doing something bad or hiding your tracks to even do potentially bad activity. Normal people need every day privacy. A lot of our staff have worked with people requiring protection simply because they are doing financial transactions. Anytime money is involved theft is also inevitably linked and Tails helps keep some of your data and tracking to a minimum.

Another great distribution we like still is Knoppix. A few months back we did a review about the merits of the grandaddy of all Live distributions. This super mother was the one that started it all and gave birth to the concept of offloading and compressing program kernel and bits to RAM and a lot of other SquashFS and other great programs and CD’s came of it. It has all the major software applications you could ever want including the Libre Office suite, GParted, and multimedia software and always tons of games. And it has the impressive Compiz 3D demoing software also with all its effects.

Here are some other nice Linux Distributions we looked at over the weekend.

Deli Linux
While this is not a current distribution it was personal favorite of ours simply because of it being sort of usable for very old computers. Something about the minimalistic nature and reassurance of a basic fallback to terminal made it reliable.

This was a great one and useful for 386 and 486 computers with minimal ram and only a CD to install software. You could install it on a 200 meg or so hard drive or less. Maybe only had 2 to 4 megs RAM. The OS let you install with a deliinstall command.

It let you install all packages fast with the 80×40 text VESA or VGA environment and do basic commands like ls and cat and grep and more and sudo and shutdown now or restart. You could go in vi and other editors like joe if I remember. You could do F1 or F2 etc to change between terminals. And start fluxbox or xterm. It used a very basic terminal which you could change themes on.

It had dillo or konqe for a browser. If you had a compatible modem which we had on a Compaq Presario or other desktop we were able to get the SoundBlaster and basic PCI 56k or 33.6k modem working with ppp dial. It was really fun. It was barebones but unfortunately it didn’t do as much as a Windows computer probably could due to the lack of programs for the OS.

We tested Kolibri which booted helluva fast bust had no WiFi recognition out of box. It had some nice programs and literally booted in like less than 2 seconds. We couldn’t find a WiFi connection though.

We review Slax which had very minimal software. It was okay but didn’t really have much on it.

We also looked at Kodachi and Menuet and Damn Small Linux and React OS but they all had little issues in getting them to work on our laptop. And we also tried to use Qubes OS but encountered a few issues.

A few other honorable mentions were Ghost BSD which had a live version but it didn’t really stand out.

Haiku looked nice but it was only an alpha release 2 candidate. It is based on a BeOS distribution but uses Unix type commands. This looks like a very promising OS but still has bugs. One noteworthy bug for instance was that it USB 3.0 doesn’t get recognized as a boot device but USB 2.0 does! It also gave us errors with the wifi light blinking until fully connected. Luckily we were able to get in contact with a freenode chat room and partially solve some of the errors and trying to install some items.

We could not figure out Plan 9 which was a distribution used by AT&T at one point in time.

TempleOS is weird… too weird for everyday use. We tested this out and saw this on a YouTube review and had to try it out since it was an interesting alternative. We have been looking into security through obscurity and this one is definitely obscure but it is a distribution more to tinkerers and people that are into Biblical things as the creator integrated Bible passages into the operating system. It is reminiscent of DOS and Wordstar and maybe beginnings of Windows.

We also have nostalgia for the original real Solaris that we used to use a long time ago when some of our staff had a chance to use it in college. We were able to find some OpenSolaris versions and they are just not the same. It was easily tweakable and minimal.

In our opinion some of the best Windows distributions were 2000, XP, and 7. Those were the most rock solid stable that we dealt with. Windows 10 has too many tiles and ads seeming to go on. And Windows 8 was just trying too hard to be new and pleasing everyone and pleasing no one at the same time.

The Mac OS will always have a good spot also in our hearts because of parts of Linux, FreeBSD, NeXT and maybe BeOS elements. It is mostly a solid operating system with minimal issues and good for programmers as well as tinkerers now. And people are less having to worry about driver issues and compatibility on these systems.

Everyone has their personal flavors and favorites of software. Some like vi, some like Kate. Some like emacs. Some like Atom. No two people will like the same things even with utilities like Meld or KDiff. But we need different software to be productive, creative and think differently. We need software to stay safe and software to be secure. We also need it to be relatively inexpensive and reliable. With that, consider these operating systems in your arsenal of additional tools. We like Windows and we like being able to single boot, dual and multi boot and play with Virtualboxes and emulators. If you get a chance give them a try and see what you’re missing on your operating system or not. Maybe you will find you need a happy medium like Cygwin. Maybe you will end up using Parallels. Or maybe find you’re lucky some of the software has been ported to other operating systems like Audacity. Have fun, check out Distrowatch and maybe slashdot and get your tech and geek on. Happy computing.