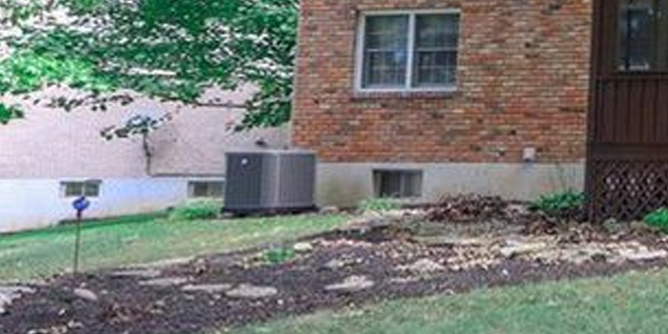 Been busy with a new house. Deal closed a few weeks ago and just trying to get everything ready for winter. It’s time to winterize. There’s a lot of things to do.

Over the weekend it meant time sitting quietly and reading the manual and instructions for a lot of booklets. And then testing the electronic devices in the house. An example was testing the garage door and its safety reversal system and grabbing it and holding it or testing motion sensors.

I like that some of the items in the house are solar which saves on energy.

I also tested the range of the garage remotes and they were surprisingly powerful enough that you could activate it all the way down the end of the street. That made me nervous since sometimes I might accidentally press it and trigger it.

A tip is don’t keep key fobs in cars out in the open even if stepping out of the car for a bit so dogs or pets or kids won’t engage the locks by accident!

Last week was final of 3 tree cuttings. I really didn’t think the trees were bad and provided shade but a family member kept insisting the tree come down since the branches would eventually grow too close to the house and require maintenance. So I really had no option. We spent about 5 days and brought down the tree and had to move the logs and trunks and branches. It was so exhausting that my legs and ankles have not been the same since and I felt like it inflamed my arthritis or old ankle and foot injury from years of running and lifting and gym work.

At the beginning of month it was fun changing combos and reset codes. And wiping codes. It’s always a good idea to read instructions before doing anything first though! I also ended up taking pictures of everything and comparing and searching for old manuals online. Luckily I could still find old manuals and model numbers as they weren’t too old of a model. Thank goodness for the Internet. I also discovered one of the adapters appears to be just for a transformer.

Some furniture has been moved which were basically tables and chairs and still debating on steam cleaning the carpets as everything is really new. One of the central vac outlets seems to not be working. We also moved a work light temporarily over until we didn’t need it.

I am hoping that finding a bed is easy as this can be costly but I don’t really want old ugly equipment but will see what happens. Lately I found out when sleeping that my memory foam bed didn’t really need the addition of a pillow when lying on my back but I definitly need support when sleeping on my side since my neck will drop at a bad angle.

I’m hoping also to get some security supplies. Someone also suggested that some of the bushes be cut and relocated that are closer to the house to aid in annual termite inspections.

Depending on how hot it remains for the season we may have to test the tractor mower also.

Oh and we swapped some of the lights out in the house. I didn’t know that CFL lights can interfere with some models of garage opens also. I think the other day the garage door had been open for sometime without us being aware which is why we decided it would be a good idea to disable the remotes cause we might have jostled them and didn’t want to leave a house unattended.

We’ve added some safety strips around the edges of the porch for safety at night so someone knows where steps are.

We have some firewood for the winter season and barbecuing. Some of the rocks and steps also were moved to prevent a lawn mower from running over it in the future.

And then the house was a bit bare so we bought some water and some food supplies. And added a flashlight also.

A friend recommended we also check the water heater level and ambient house temperatures to prevent freezing and pipe bursting. We also checked all keys to the doors of the house. And it was also a smart idea to bring some toilet paper, some bottles of water and bandaids also.

There’s already electricity and water. I don’t know about phone service. The only thing I really want though is Internet service.

We will see what else needs to be done but the major things are done. Maybe need to get some trash cans.

Am looking forward to maybe seeing how nice the place is but will be a new experience living there for a while and adjusting without family, but luckily they are close. They can come check to make sure everything is alright and occasionally help with things like cutting grass or snow as needed at least being so close. And I guess will have to learn to pay for expenses I took for granted before that I could otherwise borrow or use when I was closer.

This will be interesting…