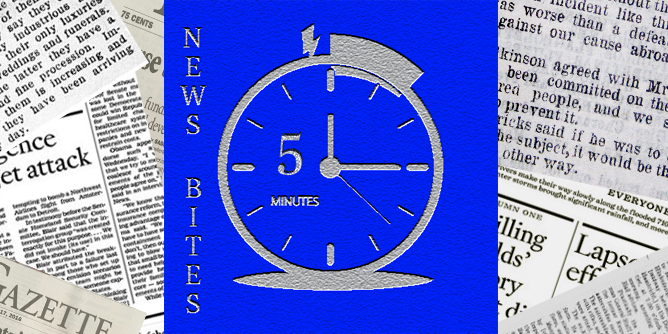 There has been so much going on in the news and not a lot a time to spend writing these things out so we’re condensing some of the more newsworthy ones to focus on and let you do more research on your own.

Is Google claiming quantum supremacy?
– In the last few weeks Google has achieved a quantum computing advancement that seems to be able to surpass the computing algorithm that would take an IBM supercomputer 10,000 years.

Lebanon’s Whatsapp tax sparks protest
– In the country of Lebanon a 20 cent tax a day on WhatsApp and other free messaging apps causes the populace to protest this grab of income collection. And the people won’t stand for it.

Crypto, Blockchain, the King of digital currencies move again
– In a surprise move the digital and virtual currencies have dove and rose this week. At points the King of virtual currencies has dropped to 7.4k and then recently breached 10k again briefly before dropping again under to about 9.6k at the time of writing. Some claim that comments from international superpowers about the upcoming currency wars and race to digital money and digitization of everything is what’s sparking the price moves, but it could very well be uncorrelated and just people buying in. What is causing this movement? And will the King virtual currency shoot past 16K as is rumored on the net somewhere? Or will it go to zero? Right now there’s a lot of downward pressure as social media giants are trying to enter the space as some credit card processors are leaving the space after US lawmaker pressures. But it seems Asian countries are pushing forward in the space as well as a few European contries. There’s a big crypto law that’s going to come out in the new 2020 year and hopefully it will be encouraging and helpful to the space. Unfortunately there’s a lot of regulation, fear, and ignorance holding back technological innovation in the space right now.