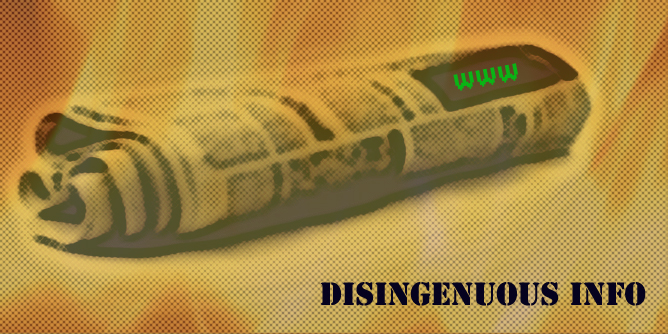 We started the year with several posts and have gradually wittled down the posts over the year, not because we wanted to, but because on one hand there’s too much news to cover and report, and on the other hand only a handful to our mission that we deemed relevant that we want to present and highlight. In any business or site or brand you create you have to weed through the noise and separate the important stuff from the distractions. Our site isn’t perfect, it isn’t clean all the time and polished. You might say parts of it look great and other parts are guerilla – run-and-post type style. This is part of life and business startups these days. You have to get your information out there and sometimes you can have perfect work product and sometimes you just have to get it out there regardless of your perfect business plan because the only real market research is live feedback from people and not some by the book prediction.

We want to highlight today that there is a lot of active information from all over the place and right now there is a bit of strife and subtle confusion. Mainly in media. There’s a saying, not sure if it was Chaplin or some other person that said it, that the person that controls the media controls what society believes…

While we try to not feature blatant political news because our site emphasizes business and finance, we recognize it may be hard to tune all this information out. And that there have been lately news that either provide “too much” detail or withhold too much. We know from personal experience that not telling the whole truth can be construed as not telling the truth at all (tell our significant others or bf/gf’s!) So recently when we read an article in Vanity Fair about some news organizations not telling everything about a story it made us think. And we also listen to radio broadcasts that disclose who funds them. And we also see worry about a lot of disingenous news or narrow focused broadcasts. We hear about artificial intelligence altered videos. We see articles about two opposing camp ideologies of “not censoring anything” on social media to “not allowing paid ads from a certain genre or topic”. (Social media with ‘likes’ and ‘bird chatter’). Then we see concern about the landscape for upcoming leadership choices. It makes us wonder what is going on with information?

It is very true that we are in an Information War. And the Internet has only sped this up. People that used to not have a voice now have Twitter and YouTube and TikTok and Instagrams and other social picture and video apps. As shown in Black Mirror episodes, social credits and reliance on others to do what is good and proper is now the fabric of society in many places but especially so where people are “influencers” and using it to make income.

However, more importantly as described by the Office of Cyber and Infrastructure Analysis there are trends you and I need to become familiar with. You can’t be asleep any more. And more than ever you as parents owe it to yourself and your kids and your grandkids to stay up to date on what is being fed to you. Just as you wouldn’t feed yourself or your kids poisonous lead based products and you screen out your Halloween candy for dangerous objects (you DO do this don’t you, don’t you?) You also should be aware of myths, fakes, disinformation and spoofs. Perhaps there should be a Mythbusters or FDA of sorts to help sort through what’s real and fake. A sort of Snopes or Beyond Belief: Fact or Fiction organization to help get to the bottom of things and sort out disinformation and information hijacking. Of course even centralizing such a task would be impossible and we all have our own healthy skepticism, as we should be, if we are to try to be discerning intelligent people.

Social media bots – These are electronic versions of accounts and people. They can be very close in names or usernames of real accounts including pictures. This became very prevalent in the cryptocurrency community as people thought that people were giving away free virtual currencies and other items of value. However the catch was that you had to give up something first to get a bigger reward or provide personally identifiable information. In essence, you were being scammed or phished. You saw this such as with the CEO of SpaceX. And you also see parody accounts of certain celebrities or political figures. And for the record, if someone is giving away something free on those type accounts most of the time it’s likely just a scam.

With bots come the possibility of:

Farming – Which is when real people or bots participate in activity in an attempt to scam and inflate likes making certain articles, topics or other online posts increase popularity, inflate like and clicks, and make a trend go viral with the hope that it will also likely increase popularity of a site and possibly increase ad revenue or drive traffic. It starts with some post getting a lot of traffic and views. Perhaps with some trending viral challenge or hope to see if you can achieve so many shares and likes within a period to capitalize on some emotion or pulls on your ego to see if you’re really up for a task or to show how smart you really are. This is basically the modern version of forwarding chainmail, which we all know not to forward or pass along (right?… I mean right??!)

Farming is similar certain other hoaxes that spread information. But hoaxes rely on fear and confusion as stated by Malwarebytes.

Similarly bots can come in groups that allow certain posts to be instant “reposted”. This can cause a “repost storm“. Often these bots are from parent accounts or martyr bot.

These bots are basically programs that can act alone or in tandem with a lot of other bots, usually a botnet. They may not be active and only accomplish what is needed in the program and then go to sleep, aka a sleeper bot. Sleeper bots will be inactive for some time before flooding a forum or a site and then become dormant again.

So why are bots not banned?
Well, bots can be good. According to various articles from October’s National Cyber Security Awareness Month many bots help you:

But then they can also be used to flood sites, promote good and bad speech including hateful and hurtful ones and also disseminate propaganda. Examples of bad use of bots may include: hashtag hijacking that spreads spam and bad links. Bots can also do what’s termed as “trend jacking” which is an attack based on trending popular topics. This may sometimes be called as a “watering hole attack” as people are drawn to these popular topics.

What should you look out for? And how do you recognize bots and possible misinformation, hoaxes and scams?

Well,
1) Often you might seem way higher levels of posting and response activity levels than a human might do.
2) They can act random in unpredictable ways and also often together with other similar characteristics.
3) There is often a certain regular pattern or style of writing and it may show in emojis (tiny pictures that convey emotion or an idea) or the type of punctuation and exclamation marks. As artificial intelligence gets smarter this may be harder to discern.

Why? Why are these techniques and tools being used?
The number 1 reason may be according to DHS, US Cert and Staysafeonline to:

So how do these bad actors work?
First they may find some kind of issue that people don’t agree on. Examples could be:

Basically they find or create a divisive issue such as toilet paper over or under.
Then they go on social media and create many and multiple accounts that appear to be legitimate.
Then these bad or fake actors or bots will go it and pollute debates with bad info, essentially poisoning the well and picking extreme positions. Or they engage in trolling which is known as fanning the flames of a debate with no agenda other than to make people mad.

Why do they want to fan the flames?
If you have enough discussion or debate a topic or discussion can be amplified to such an extent it is widely disseminated and shared online to make it seem legitimate and go mainstream or viral which would be the ultimate goal.

This means that you should always as Jim Rohn, famous orator and mentor, says ‘Stand guard at the door to your mind’ as there is a lot of information vying for your attention.

Disinformation campaigns have been used throughout history and are used not just by certain groups, businesses, state sponsored groups, and others with agendas, but also political groups and even your own governing bodies. If you study history then you know that we’re repeating history and many movement and organizations have been studied as in the ’60’s.

Be aware what you read and who’s writing the information as well as the purpose. Is it to discredit or disrupt? Is it to inform? Is there another purpose? The more information out there, the more you have to sift through but also possible able to actually find the truth.

Be discerning, use your mental faculties, think about what you’re absorbing. And do your own research.