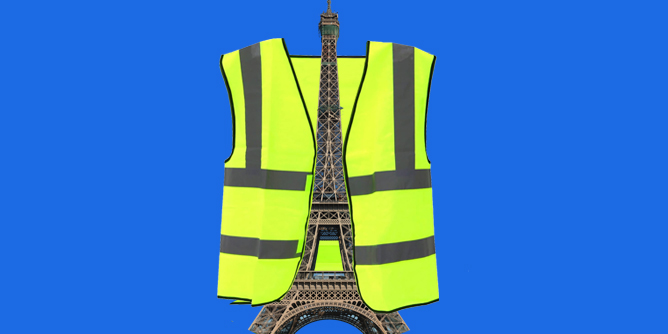 There’s an old saying, “No news is good news.” When you see us covering things such as other bloggers, other sites and people making money and making their lives better it is good. When our site starts talking about things in the mainstream, it means we want to draw your focus there and think about it.

Consider the fact that most media sources have massive resources and employees and people to report and cover down on the street the nitty gritty details. This brings up another saying. In theater, “there are no small parts, just small players”. News is still news even if it leans toward one side or has a slight agenda usually.

You will see a lot of news starting to lean biased in the upcoming years and it’s only recently that you see it being brought to people’s consciousness in a big way.

The term “fake news” was coined and brought to popularity in the recent years due to mainstream coverage of politics and also the controversies surrounding social media and its role in dissemination of information. People are on the camp of “should we censor” or “should we mediate” or just let all news and messages be published in the open? Basically it’s like “sunshine laws and regulations” which bring light to it regardless of good or bad. Now, we aren’t going to sway your opinion since there’s already a lot of opinions out there and you need to formulate what you think is best, but there are pros and cons to both.

However an example of a pro regulation is that it prevents certain ideas that may confuse people such as causing indoctrination of someone that doesn’t know any better and taking advantage of that to such an extent that person can have a distorted view of reality.

An example of a con of regulating messages is the decision of “who gets to decide what is offensive or what’s not offensive” etc. What may be offensive to you in one country might be perfectly okay for another group or country and there’s “a slippery slope of what and when to regulate” speech that can cause censorship.

Social media influencers for example commented on the media attention that was brought to digital currency recently and the social consciousness of it became multiplied exponentially first with news coverage here and there, then rich people weighed in on it including software CEO’s and stock experts, then world leaders weighed in, and then social media CEO’s etc. And bankers weighed in and eventually ruling country regulators. An influencer stated (paraphrased) that “whatever this person tweets out becomes amplied and draws attention to it and magnifies and brings your eye and focus to it”.

So why is this important? Because what the MSM which is an abbreviation for “mainstream media” touches on in many cases brings to your forefront of your consciousness what’s going on.

You might see coverage about weather that takes up 5 minutes of the headlining news. And 2 minutes to stocks. Or you might see them talking about fashion or other things but they don’t touch on “protests” or “evidence” in high profile cases. So be mindful that what is thet “headline” is actually what’s often called clickbait or what draws you in. It’s to get you to click on ads so that the “sponsored” content can draw additional revenue to their site. And they earn money on click-throughs and the amount of viewers. It’s algorithm based.

Be aware of what is covered in the news and just as much what is NOT covered that night. In our humble opinion you want to use more than one way to get your information.

So this article covers the face that there continue to be many “protests” overseas and certain civil unrest.

There was a “Wall Street” protest and also at one time a unrest in “Middle Eastern” countries also.

There are now protests that are over clashes over “independence and right to self rule”.

And this recent one in has French protesters amid fiery blazes and strikes over government retirement reform. Teacher unions and demonstrators are unhappy over changes that could jeopardize pensions and make their payouts significantly smaller and also mean they would have to work for much longer to get the benefits.

These disruptions have closed down railways, the Eiffel Towel and caused traffic jams.

Do note, that for many tourists that feel inconvenienced, it is an even larger inconvenience to the workers that live there and everyday loyally come in and devote their lives to their work to make the economy run.

Unions want equal rights and fair pay. The reforms that are trying to be implemented are based on a points system to merit workers for money they’ve contributed. Currently there are over 40 some different pension plans and the hope is to streamline these without additional longer work to employees.

The overall plan and reforms are hoping to free up access to the French economy. But there is now a struggle to break the tie between unions and ruling reform. The current sentiment is that it simply would be unfair change the retirement age and so possible tiered benefits may be considered depending on age and time in service.

People dont want to lose out on what they were promised all these years just because someone decided to change the rules halfway through.

However real reform is necessary to consolidate and simplify the complexity of retirement.

When people see regulations axing or doing away with their hard earned benefits, work years, and what they’ve toiled during the best years of their life to a company to maintain their livelihood and bring food to the table for family and kids, they become absolutely angry and passionate to protect what is theirs.

People are confused and worried that regulations are not in their best interests and worried it won’t be a win-win-win. Someone is likely slated to lose something and something has got give in reforms usually.

Some people are worried that people are going to be getting too much retirement or oversized privileged benefits for the few and the many are going to be disadvantaged. Whether this is reality or not is left to be found out by the writing in the reform regulations.

There are clashes, fires and such.

France has historically always been one to be vocal and take to the streets and let their opinions be know and the “powers that be” that things have to change since the days of the French Revolution, the Yellow Vest protests, and many other times. You might also remember that there were also many teacher strikes and protests in other places in the world including the U.S.

Hopefully the two sides can draw to a satisfactory solution for both sides and the country as a whole.

With that being said, you will not see the underlying movement, but if you follow the money and see what’s being said and what’s not said in the news, you will see what’s going on in the world. Additional note, the world is not all chaotic, and financial instability is not the name of the game here, but for sure some big money plays have been happening in the news.

Stay sharp, stay read, and read between the lines. Change is among us in the world and watch who pulls the strings.